Freeborn County Sheriff’s Office deputies arrested Kluever, 59, after a report of a drunken driver was made the evening of May 1 at 501 W. Richway Drive, near Brookside Park. 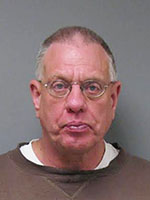 Kluever resigned as Freeborn County administrator May 2, the morning after he was arrested.

Judge Carol Hanks ordered Kluever submit to random testing, remain law-abiding, not enter bars or liquor stores and not use or possess alcohol or controlled substances.

He is not in custody.

A pre-trial hearing is scheduled for Oct. 13, and a jury trial is scheduled to begin Oct. 24, if the case has not been settled by then.

Kelly Callahan is serving as interim Freeborn County administrator, pending the hire of an outside administrator.

1 transported from crash and other reports