A Glenville man who allegedly intentionally rammed his vehicle into another vehicle with a woman inside of it was charged with a felony Monday in Freeborn County District Court. 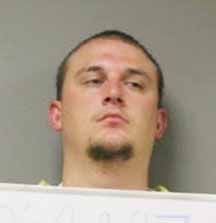 Court documents state Urban was charged after Freeborn County Sheriff’s Office deputies and an Albert Lea Police Department sergeant were dispatched to an address in Glenville before 1 a.m. Monday on a report that Urban attempted to strike a Pontiac Bonneville with a woman he was in a relationship with inside of it. He had reportedly been drinking and re-entered a house with two children inside of it.

The alleged victim reportedly stated Urban spit and urinated on the floor of the house they shared after she took his alcohol, as well as harassing and being mentally abusive toward her. She said Urban got into a Hyundai Sonata and started ramming his vehicle into the Pontiac she was in after she barricaded herself, court documents state.

Urban was allegedly abusive toward the alleged victim on instances prior to Monday, and she said she was scared of him.

Court documents state Urban said the alleged victim barricaded herself in the vehicle during an argument. He stated he put his vehicle bumper to bumper with hers to “tease” her after she refused to talk to him.

Urban allegedly admitted he struck the vehicle she was in, saying he did not intend to hit the vehicle hard but push it forward. A crack in the bumper in the right side of the license plate of the Pontiac was reportedly visible.

In a separate file, Urban is charged with two counts of third-degree DWI and one count of speeding in connection with a May incident.

Urban’s next court appearances on the two files are scheduled for June 29. Second-degree assault carries a maximum sentence of seven years in prison and a $14,000 fine.