Lake Mills native to be on ‘Big Brother’ on CBS

A Lake Mills native will be on a nationally known television show that starts later this month.

Cody Nickson, 32, has been selected to participate in “Big Brother,” a show on CBS that follows a group of people living together in a house outfitted with dozens of cameras and microphones that follows the movements of participants. 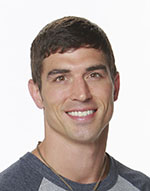 Someone will be voted out of the house each week, and the last remaining house guest will receive a $500,000 grand prize. The show begins June 28 and will air Wednesdays, Thursdays and Sundays.

Nickson, a Lake Mills High School graduate who now lives in Dallas, served for 10 years as a Marine sniper, and he underwent two tours in Afghanistan.

Nickson, who lives in Dallas, has a daughter, Paisley.

Nickson’s mother, Darcy Nickson of Lake Mills, said family members were extremely excited about the news. A revealing party is planned for the first night the show will air.

Nickson, a construction sales representative, described himself as confident, charming and sweet on his profile page on CBS.

“Surfing is my No. 1 activity,” he said. “I started surfing when I was stationed in North Carolina, and now I take surfing trips to North Carolina and California when I get the chance. I also took a trip to Hawaii to surf. I enjoy riding my motorcycle, too.”

Darcy Nickson said she believes her son will do well on the show, noting he has served in leadership positions and knows how to get along with people.

“He’s got a real good personality,” she said. “He’s a natural-born leader.”

West Nile virus arrives in Minnesota weeks ahead of…