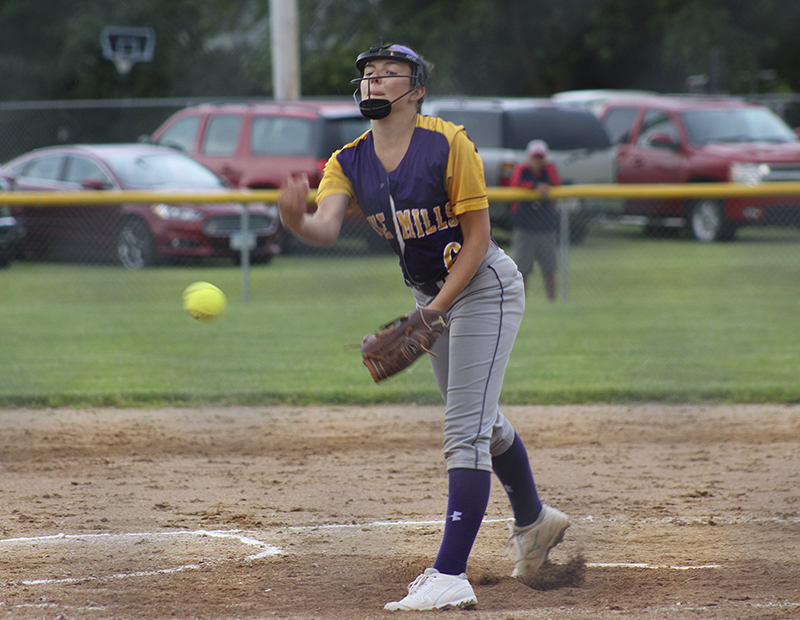 LAKE MILLS — The Lake Mills softball team pulled out a late victory over Forest City. Coming back from a two-run deficit, the Bulldogs rallied in the sixth inning to beat the Indians, 7-6.

It looked like it would be a long night for the Bulldogs in the first inning. The Indians had four hits in the first, including RBI singles from Anna and Hannah Anderson, as well as a two-shot home run from Cora Holland. 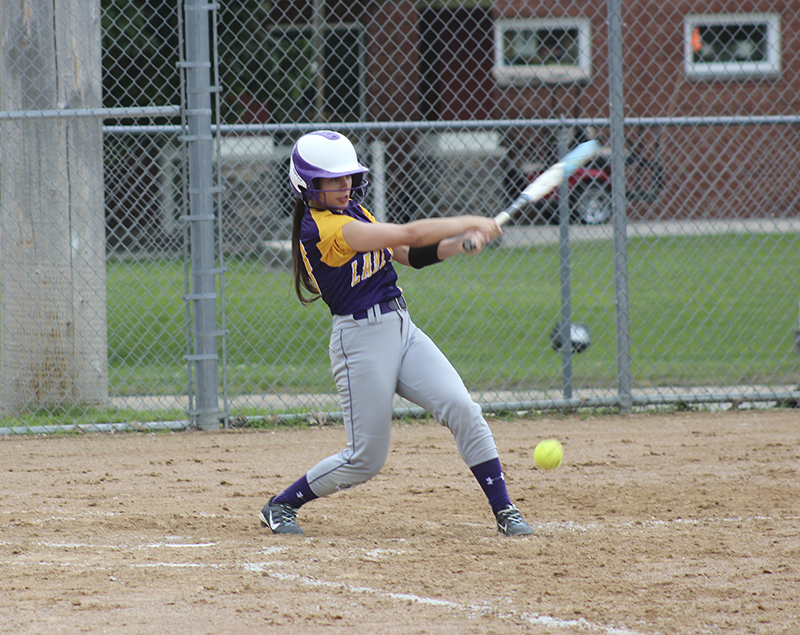 Lake Mills junior Jadyn Joynt hits a single in the second inning Friday night against Forest City. The Bulldogs would go on to pull out the victory 7-6, after being down by as many as four runs. – Tyler Julson/Albert Lea Tribune

Down early 4-0, Lake Mills scored its first runs of the game in the second inning. Ashley Groe batted in the first run with an RBI single, followed by a two-RBI base hit by Megan Groe.

The Bulldogs pulled even, 4-4, with the Indians in the third inning thanks to another RBI single from Ashley Groe.

Forest City was able to score one run each in both the fourth and sixth innings, putting Lake Mills down by two runs with just two innings to play.

However, in the bottom of the sixth inning the Bulldogs would make their run. All nine batters made an appearance at the plate during the inning. The Bulldogs loaded the bases with singles from Hannah Hanson, Megan Groe and Jade Gasteiger, followed by a game tying RBI single from Jessa Gasteiger.

Tied at six runs each, Hailey Borgmeyer came to the plate and hit in the run to give the Bulldogs a late lead.

In the seventh and final inning, Jade Gasteiger took to the circle, determined to end the game, and struck out three of four batters to end the game.

Friday’s game marked the final regular season game for Lake Mills, and the team finished with a record of 14-13. The Bulldogs will start their postseason Wednesday, when they travel to Eagle Grove to take on the Eagles in the first round of regionals.