A Wisconsin man who reportedly led officers on a chase with a “crotch rocket” motorcycle Thursday at speeds of at least 130 mph on Interstate 35 was charged with a felony Friday in Freeborn County District Court. 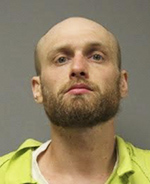 Court documents state Boyd was charged after a Freeborn County deputy became aware at about 9:15 p.m. that Steele County officers were in pursuit of a red motorcycle that was heading south on Interstate 35.

A deputy reportedly observed Boyd pass two cars on the center line. He allegedly passed a semi on the shoulder south of the Geneva exit, and he was reportedly still pulling away when a deputy was driving 130 mph.

Court documents state the motorcycle evaded traffic during the chase. Boyd allegedly made a U-turn and then continued north. Court records state Boyd allegedly threw items from the motorcycle and exited on Freeborn County Road 46, failing to stop for the stop sign at the end of the exit ramp before turning east on the road and pulling to the shoulder.

Court documents state a marijuana pipe and a small grinder, along with what was described as a “very small amount of marijuana” were found.

Boyd allegedly admitted dumping the marijuana and reportedly told law enforcement he did not think officers would continue the pursuit if speeds exceeded 110 mph.

Court documents state a Steele County deputy said Boyd approached him at 114 mph in a 70 mph zone, and he could not apprehend him.

Boyd reportedly said he could not remember when he threw the backpack from the motorcycle.

Man remembered for craftsmanship; 2 violins to be donated