Mayo officials: Number of jobs between both campuses expected to stay the same after consolidation 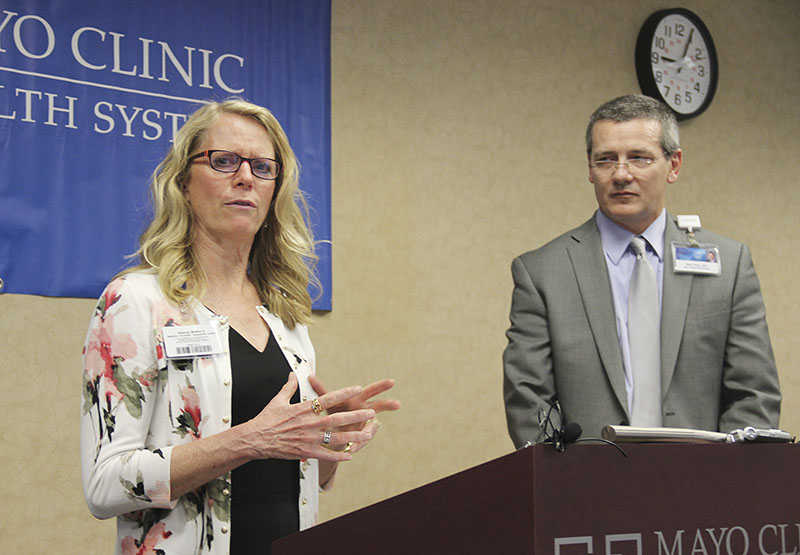 Mayo Clinic Health System officials said Tuesday they anticipate the same number of jobs to exist between the Albert Lea and Austin campuses once a consolidation of hospital services is completed over the next few years — though there will likely be a shift in jobs between campuses. 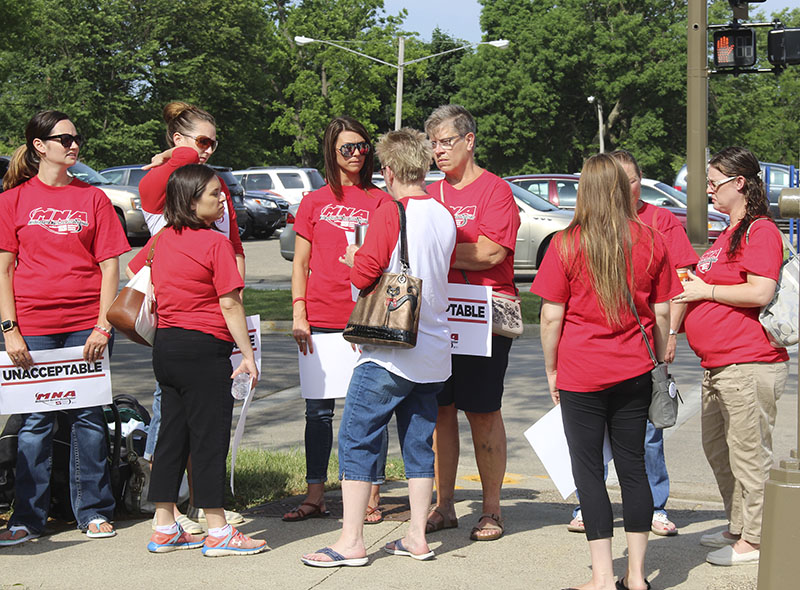 Ciota said there are about 1,000 employees at each of the Albert Lea and Austin campuses, and he expects there to still be 2,000 employees long term between both campuses after the changes are made. He anticipated in the short-term that 30 to 50 jobs would move to the Austin location from Albert Lea.

He said he could not say definitively if there would be any jobs lost in the future, as that would depend on patient volume and use.

Over the next three years, the health system will move overnight hospitalization and intensive care unit stays, childbirths and major surgeries requiring hospitalization to the Austin campus.

Both locations will continue to provide emergency room, primary and specialty care, pregnancy care, and lab, pharmacy and other services. In addition, Albert Lea will also house the inpatient behavioral health care and addiction services, which the leaders said would complement each other.

“We think that as time moves forward that sets us up to remain viable in our two communities, to offer care within 30 miles of most of our patients, to attract physicians and nurses that we need to do that kind of work and sets us up to be a part of health care and a part of Mayo Clinic as we move forward,” Ciota said.

The first of the changes to take place will be moving the intensive care unit in Albert Lea to Austin in October.

Inpatient surgeries will move to Austin in January 2018, and the behavioral health center will move from Austin to Albert Lea in early 2019. Labor and delivery services will be the last to relocate to Austin by late 2019 or early 2020. 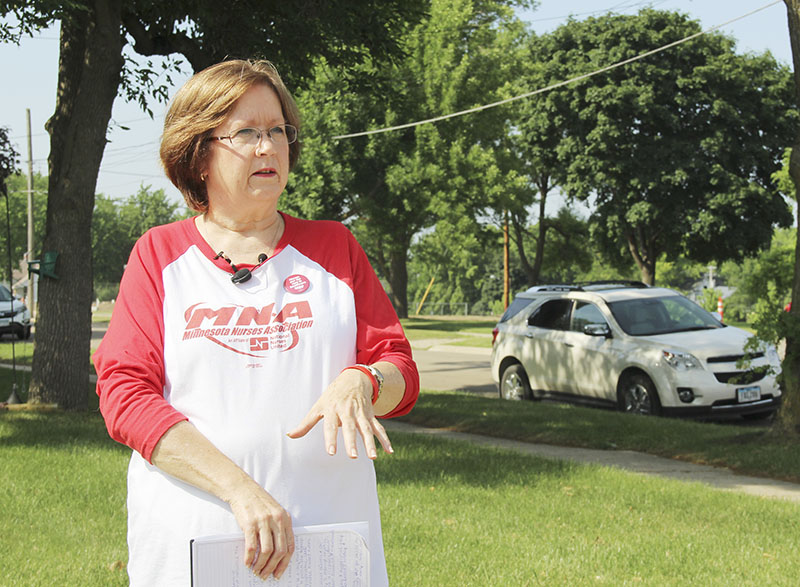 Kathy Lehman, co-chairwoman of the local bargaining unit represented by the Minnesota Nurses Association, offers reaction Tuesday morning to the announcement Monday that Mayo Clinic Health System will move most of its inpatient services to its Austin campus. Sarah Stultz/Albert Lea Tribune

Ciota estimated the total investment at both campuses to be $25 million. This includes expansions in Austin and renovations in both locations. He said there is a possibility for a separate new labor and delivery building in Austin in 2019 or 2020.

Ciota and Gostout said the plan is expected to strengthen operations and efficiencies at both sites.

While he recognized the announcement has caused concern in the Albert Lea community, Ciota also noted that 95 percent of services will remain at both locations.

Gostout said the changes come after a careful year of study and the resulting plan is one that makes the most sense for a system focused on patient care first. It was the best option the way “facilities fit and what worked where,” she said.

She added some decisions were made based on the relationship between volume and quality; studies have shown that larger hospitals tend to have better outcomes for the patient, since the doctors are operating in a higher volume and doing more procedures. When you do a procedure more often, “you just get better at it,” Ciota said.

Gostout said Mayo Clinic Health System is committed to both communities, and she hopes that the gains of the consolidation will outweigh the losses.

The two leaders also briefly discussed a nationwide physician shortage and a changing generation that has made it more challenging to find people to fill open positions.

Gostout said for some of the positions they are trying to fill, there are 14 job openings for every physician available. They hope they will be able to better recruit.

When asked if the building of a new Gold Cross Ambulance building might have played into the decision to move the hospitalization and surgery areas to Austin, Ciota said Mayo was aware of the move, but one project had nothing to do with the other.

He said he and other leaders with the organization “wrestled” with the concern that people in further communities such as Wells would still choose to come to their facility, but he hopes it will ultimately be an easy choice with the quality of care they aim to provide.

‘We were absolutely astounded’

More than a dozen Albert Lea nurses were at the hospital at the time of the press conference, but were not admitted entry. They talked to the media afterward across the street.

“We were absolutely astounded at the scope of what they’re proposing,” said Kathy Lehman, local bargaining unit co-chairwoman, who is represented by the Minnesota Nurses Association.

Lehman, who works as a labor and delivery nurse, said she is concerned for the nurses’ jobs, as there are still many unknowns, but she is also worried for the patients in the community who they serve.

She said it will not only be an inconvenience for people, but she is worried about those who will have to be transferred to Austin, stating, “It can be a matter of life and death.”

Lehman said she considers a good full-service hospital to be an essential community service that many have come to rely on.

Fellow nurses Lacey Koopal and Angie Obermeyer said they were upset with the fact that the Albert Lea and Austin nurses are under two separate union contracts. They worry that long-time Albert Lea nurses will lose their seniority if they have to move to Austin and start over with a new union.

He said though he understands the rationale between consolidating some duplicative care between the two campuses, he is concerned about what it means for jobs and for rural residents, who will have to drive further to seek particular kinds of medical care.

“I am very aware of the shortages of health care professionals across the state, but particularly in rural parts of Minnesota,” said Sparks, who was recently named to sit on the Senate Select Committee on Health Care Access and Affordability. “That being said — the Albert Lea facility is the city’s largest employer — and this decision by Mayo creates a lot of uncertainty for Albert Lea clinic employees.”

He said he will be following the situation closely.