N-K comes up short at home 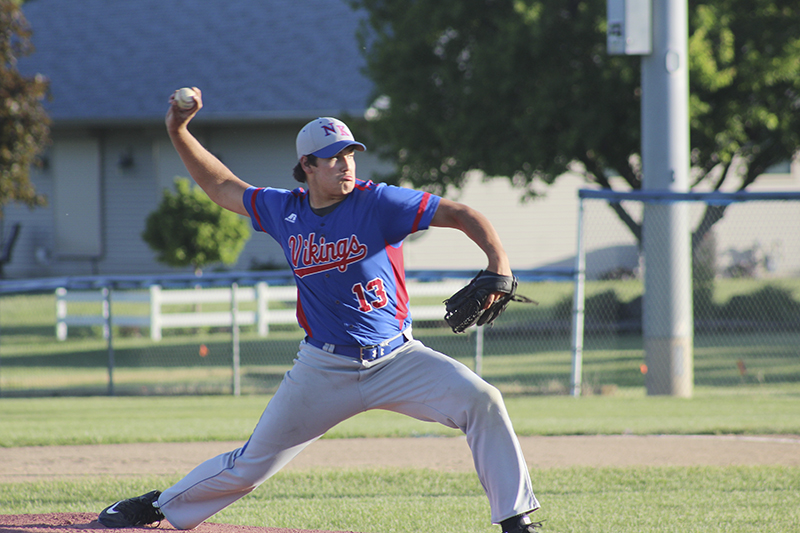 The Northwood-Kensett Vikings played host to the Central Springs Panthers on Monday night. The Vikings were unable to come away with the victory despite a late comeback attempt, losing to the Panthers 5-3.

The Vikings found themselves in a deficit early, allowing one run in the first inning. Despite letting up a run in the first, it was a strong outing for starting pitcher Garrett Thompson, recording eight strikeouts and allowing four runs through four innings of work.

Northwood wasn’t without their chances on offense, however. In the second inning the Vikings failed to capitalize on abases loaded situation with zero outs.

Down 4-0 in the bottom of the third, the Vikings rallied to score their first two runs of the game. One run was scored on a throwing error to third base and the second was thanks to an RBI double from Cade Hengesteg.

The Vikings would give up one more run in the fifth inning to make the score 5-2 heading into the last two innings of play.

Despite being down by three runs heading into the seventh, Northwood would make an exciting comeback attempt in the final inning. With only one out, N-K scored another run by throwing error and through a wild series of hits, walks and stolen bases the Vikings had men on second and third representing the tying runs.

However, on this night, it wasn’t meant to be for the Vikings as two strikeouts ended the game with a final score of 5-3.

Northwood-Kensett falls to 2-8 on the season, while Central Springs improves to 7-3.

The Vikings are back in action this evening when they will travel to Riceville to take on the Wildcats.