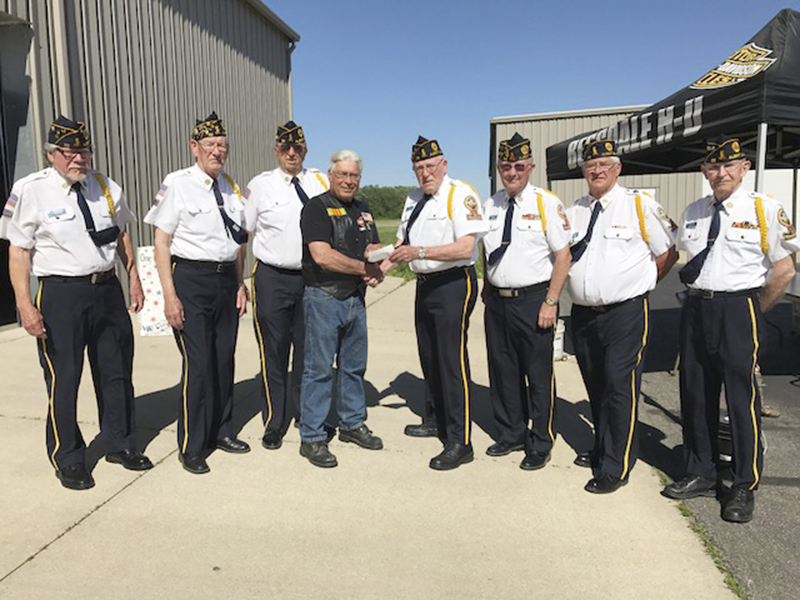 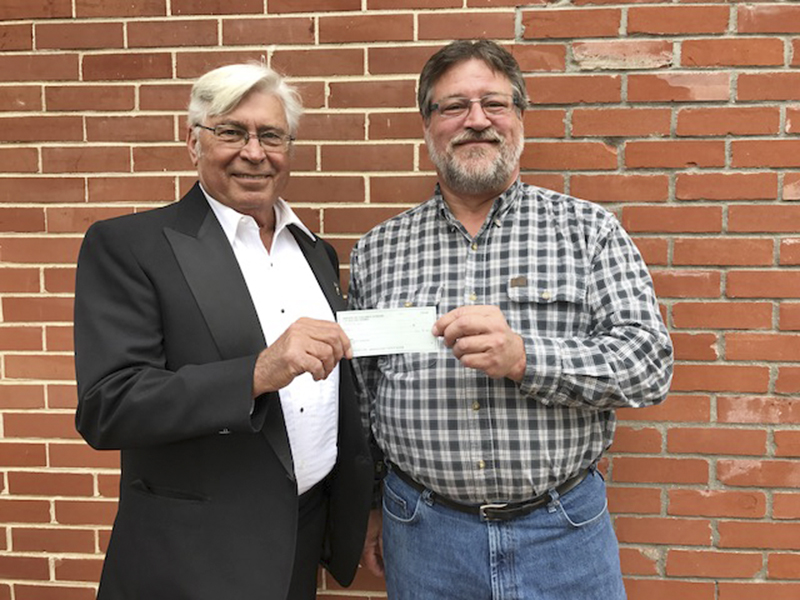 Mark Van Vooren, Albert Lea Knights of Columbus Faithful Navigator, presents Bill Koza, Nation of Patriot volunteer, a check for $250 as a donation to the 2017 Nation of Patriots Tour. Every year Nation of Patriots organizes a national effort that pays tribute to, and honors, all of America’s Armed Forces — past, present and fallen. The American flag is escorted on the back of a motorcycle through 48 states over 100 days from Memorial to Labor Day weekend. The flag was delivered to the Albert Lea Harley Owners Group chapter at Bergdale’s May 31 from the Mason City HOG chapter. On June 1, the Albert Lea HOG chapter escorted the flag to Crow River Harley Davidson in Delano. The NOP fund raiser will continue until October.
– Provided