Remembering a local hero by honoring others 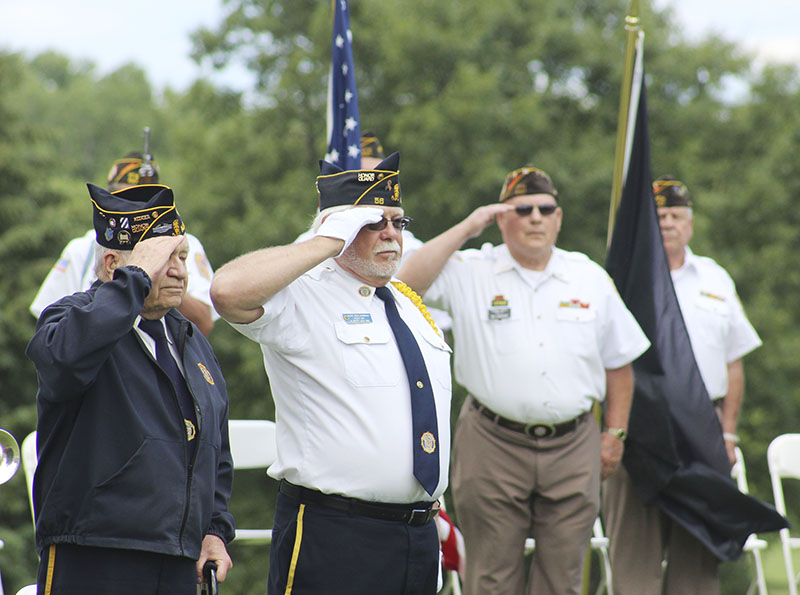 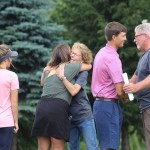 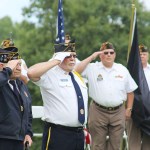 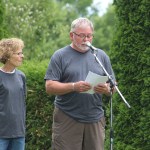 Don and Deb Goodnature, parents of Corey Goodnature, speak at the memorial event Saturday. The Goodnatures thanked the community for their support. Sarah Stultz/Albert Lea Tribune 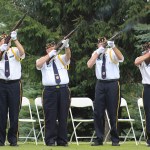 It’s something you never get over. It never gets better. You just learn to live with it.

Those words are likely to come from any parents who have lost their child. They were spoken earlier this week by Clarks Grove resident Don Goodnature, father of Corey Goodnature.

“But it sure helps to keep his memory alive,” Goodnature said as he talked about the Corey Goodnature Memorial Scholarship Golf Classic, which took place Saturday at Green Lea Golf Course.

“It’s a great way to honor him and remember him,” Goodnature said.

The event that was first conceived by family friend Gary Pestorious.

According to Goodnature, Pestorious and a group of friends met a couple times to discuss the idea of a memorial scholarship in Corey Goodnature’s name before bringing the idea before Don Goodnature and his wife, Deb. They agreed, even though Don Goodnature said they had no idea what they were doing in the beginning.

They were successful, nonetheless.

In the years that have followed, things run much smoother during the event and the impact of the scholarships have been able to grow. Not only are more scholarships given out, the amount of each scholarship has doubled to $2,000 each.

The amounts and number of scholarships given has been directly affected by the amount of money raised each year.

In total, approximately $180,000 in scholarships have been distributed to area students in the 12 years since the event started.

“A percentage of what we take in for the year goes out in scholarships, and the rest goes into investments to keep it going,” Don Goodnature said. All of the money raised goes to the scholarship fund.

The long-term goal of the Corey Goodnature scholarship committee, he said, is to ultimately not have to rely on such events, but to make the fund self-sufficient so the scholarship will live on longer than any of them, their children or their children’s children.

The Night Stalker Association is a group of Army soldiers from the 160th Special Operations Aviation Regiment that Goodnature was a part of. Any child or spouse of a fallen Night Stalker who wants to continue their education is eligible for a scholarship through the group.

Corey Goodnature, a chief warrant officer three, was killed on June 28, 2005, in eastern Afghanistan, when the helicopter he was piloting was shot down by enemy fire while they were attempting to rescue a group of stricken Navy SEALs. He was the first Minnesotan to be killed in Afghanistan.

“I think about him every day,” Don Goodnature said. “That’s the worse thing a parent can do is lose a child. It’s so hard.”

To him, the scholarship is a way to make sure not only his son is remembered, but every soldier who has sacrificed their lives for our freedom.

“We can’t forget. We have to honor them,” Don Goodnature said. “It’s his name on it, but (the scholarship’s) to honor other people, too.”