Sodium — it’s in more than just the salt shaker 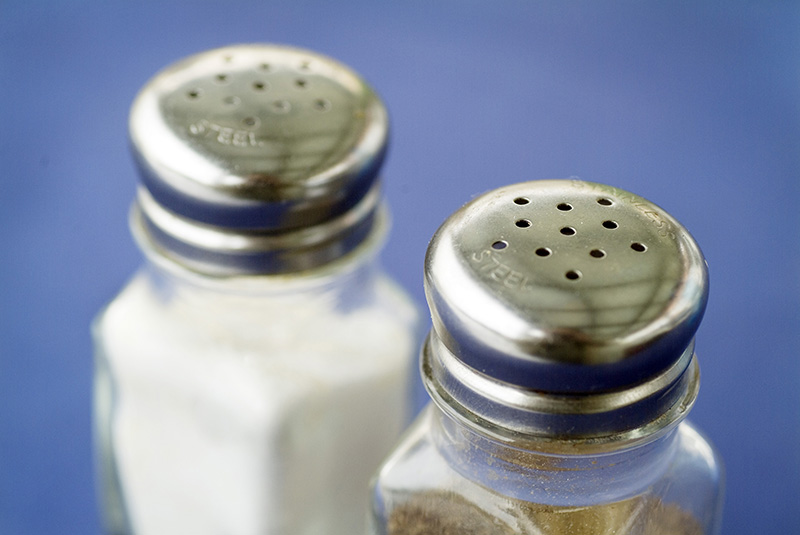 Many of us know we should limit our sodium intake to help improve heart health. Additionally, our kidneys, liver and many other areas of our body tend to function better when we eat lower sodium foods. To keep our hearts and bodies healthy, we often avoid using a heavy hand with the salt shaker or even avoid salting our food altogether. This habit is certainly beneficial since sodium is the mineral in table salt that makes our heart work harder than it needs to. However, according to the American Heart Association, over 75 percent of the sodium that we eat on average actually comes from processed, prepackaged and restaurant foods. In other words, just keeping the salt shaker off the kitchen table most likely isn’t enough to keep your sodium intake below the recommended 2,300 milligrams per day.

What types of processed foods in particular tend to pack the greatest amount of sodium? Deli or cured meats, including sausage, sandwich meats, hot dogs or brats, and canned meats, tend to be one of the highest sources. Prepackaged foods such as boxed macaroni and cheese, pasta or rice with seasoning or sauce mixes, canned soups, and frozen entrees or pizzas also contribute a high amount of sodium. Even though they don’t necessarily taste salty, even breads, tortillas and other grain products can contain a significant amount of sodium. When it comes to restaurants, including sit-down or fast food, there are meals that contain well over the maximum recommended amount of sodium for the entire day! If you’ve ever felt a bit bloated or especially thirsty after dining out, that may have been why.

Although it’s not easy to stay below 2,300 milligrams of sodium per day, there are some strategies that may help you. Focusing on minimally processed foods such as fresh or frozen fruits and vegetables is one great way to do this. Canned fruits and vegetables are a budget-friendly option as well; however, make sure to look for the “no salt added” canned vegetables. When it comes to breads and other grain products, compare nutrition labels and search for those that have less than 200 milligrams of sodium per serving. Fresh or frozen plain meats including lean ground beef or turkey, skinless chicken breasts, low sodium canned tuna, eggs, unsalted nuts, natural nut butters and dried legumes or canned beans that are “no salt added” are all excellent protein options. More natural, hard cheeses such as provolone, cheddar, mozzarella or Swiss tend to be better options than heavily processed cheeses or cheese sauces. Although cottage cheese is a nutritious food, it can contain 300 to 400 milligrams of sodium per half cup serving, so do watch the portion size.

We become accustomed to the flavor of salt, so cooking differently is a helpful method to reduce sodium intake as well. Experiment with a variety of fresh or dried herbs and spices, such as garlic or onion powder, basil, rosemary, ginger, cumin, thyme, cilantro and many more. Lemon and lime juice also add great flavor without contributing sodium.

By paying greater attention to the nutrition facts labels, choosing foods more often that are fresher and less processed, and limiting dining out at restaurants, it is possible to reduce the amount of sodium in your diet. Most people will benefit in some way from making these diet modifications, whether your goal is to treat current health conditions or prevent future ones.

Regular grooming is a must