Warriors come from behind to best Vikings 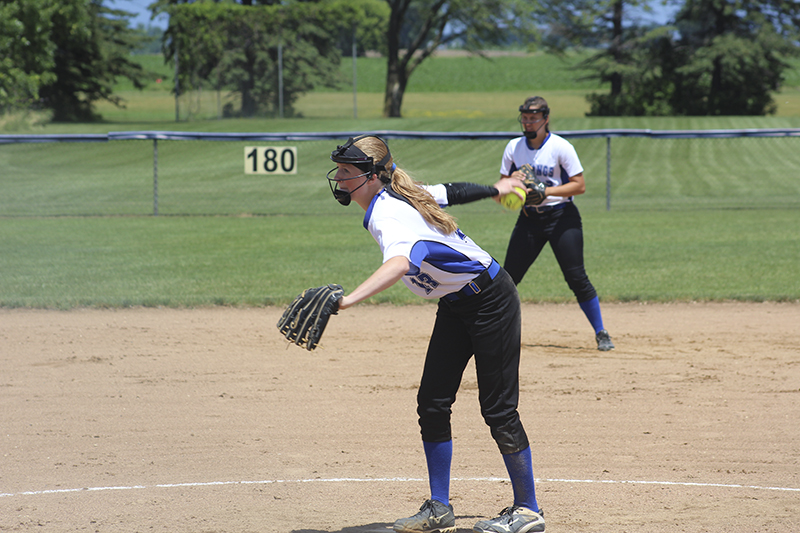 NORTHWOOD — A four-run fourth inning looked like that’s all the Northwood-Kensett softball team would need during Monday’s game against Rockford.

The big inning helped the Vikings distance themselves from the Warriors to lead 8-4.

But Rockford responded with two runs in the fifth inning, and more in the sixth and seventh inning to win 11-8.

Down 2-1 in the second inning, the Vikings had the bases loaded with no outs. Alexis Halbach came across to score on a wild pitch. With two outs, Taylor Jorgenson dumped a base hit over first base that scored two runs to give the Vikings a 4-2 lead.

Rockford would answer in the third when Jenna Paulus lined a two-run single to tie the score.

The Vikings knocked out Rockford’s pitcher Jamie Schuster in the fourth inning. 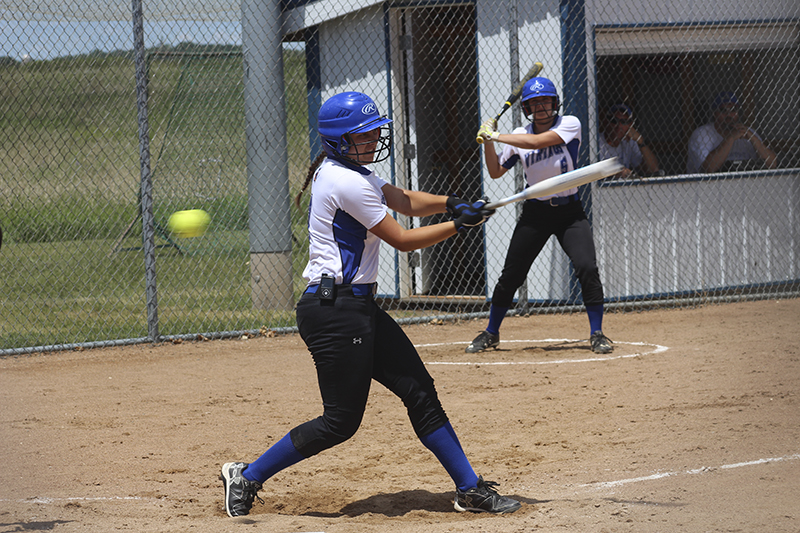 Northwood-Kensett’s Laura Hopperstad swings at a pitch during Monday’s game against Rockford.

Laura Hopperstad knocked in a run with an RBI single, then Paige DeArmoun and Hopperstad scored on wild pitches.

That prompted the Warriors to go to their bullpen and bring in Ella Carroll, who also had some difficulty controlling her pitches. Another wild pitch allowed Jorgenson to cross the plate to make it 8-4.

But nearly as quickly as the Vikings scored the runs, they gave them back.

Northwood-Kensett pitcher Kayla Senne allowed two runs to score in the fifth — both on wild pitches.

Rockford would take the lead in the sixth and would hold down Northwood-Kensett’s offense for the rest of the game.

The Vikings are back in action tonight against Riceville at home.