A Wells man who allegedly strangled a woman last week was charged with a felony in Faribault County District Court. 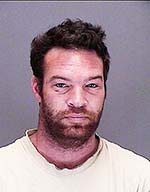 Court documents state Schultz was charged after a Wells officer was dispatched to a residence Schultz shared with the woman. She reported Schultz picked her up by throat, causing her feet to leave the ground and not be able to breathe.

Court documents state she felt like she was going to die, and the front of her neck and throat were reportedly red. Schultz was then arrested.

An omnibus hearing is scheduled for Monday. Domestic assault by strangulation carries a maximum sentence of three years in prison and a $5,000 fine.

A legacy in Albert Lea: Hospital, started over 100…