A loss to end the regular season 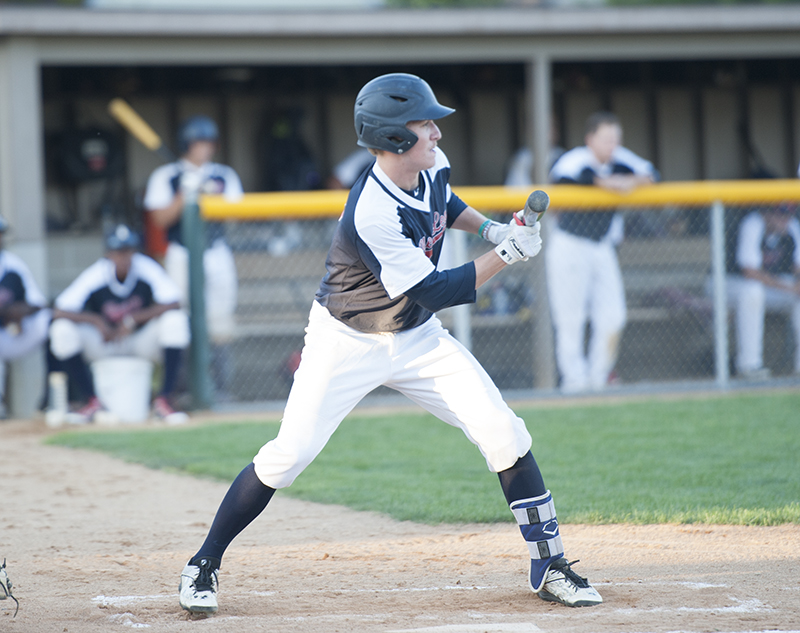 Derek Johnson squares up for a bunt attempt in the second inning of Friday night’s 8-3 loss to the Merchants. Johnson would reach on a bunt attempt later in the seventh inning. The Lakers will head to Sioux Falls Sunday night to play for their playoff rights. - Tyler Julson/Albert Lea Tribune

Lakers fall to Merchants; look ahead to playoffs

The Lakers baseball team was unable to win the final game of the regular season Friday night. After a seven inning game, the Lakers fell to the Merchants 8-3.

Starting on the mound for the Lakers was Cole McKay. He pitched two innings, striking out five batters and allowing three runs. McKay was relieved in the third inning by Colten Hicks, who pitched 2 2/3 innings, giving up three runs and striking out one batter.

Brian Pirc and Parker Mullenbach were brought in to close the game; the duo struck out two batters and allowed two runs.

The Merchants were the first team to put a run on the board, scoring one in the first inning. The run came after an RBI single from Connor Forsythe. Carroll would add two more runs in the second after a wild pitch and a sacrifice hit by Zach Berry. 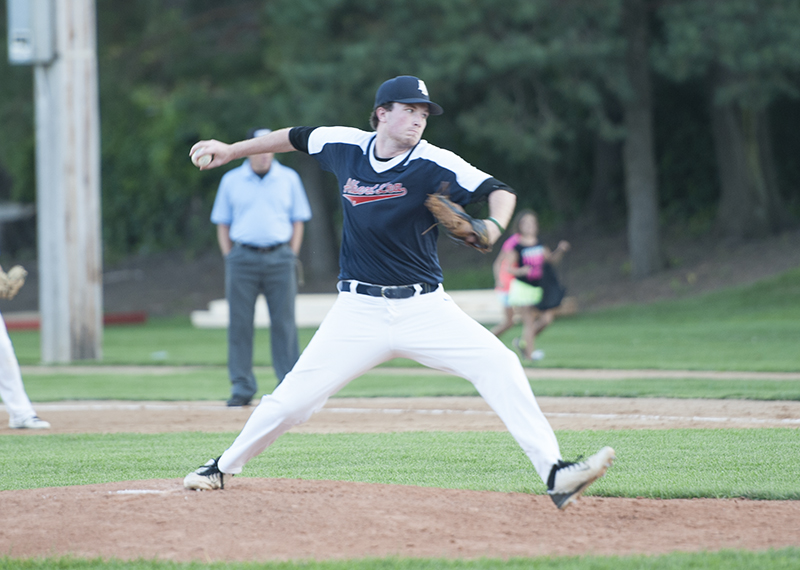 Colten Hicks throws a pitch during the third inning Friday night. Hicks pitched 2 2/3 innings, striking out one batter and allowing three runs. The Lakers would lose the game to the Merchants 8-3, ending their regular season with an 11-19 record. – Tyler Julson/Albert Lea Tribune

Albert Lea would score its first run of the game in the bottom of the second inning. Griff Schnieder scored the run after a wild pitch by Carroll.

The Lakers would tie the game by adding two more runs in the fourth inning. Clarke Peterson hit a two-RBI double with two outs in the inning to even the score at three runs each.

Carroll would take the lead right back in the fifth inning. Back-to-back-to-back RBI hits from Forsythe, Sean Moore and Ben Kiefer gave Carroll a three-run advantage with two and a half innings to play.

The Merchants added one more run in both the sixth and seventh innings. A throwing error and an RBI single from Eric Yachinich added the two runs for the Merchants.

The Lakers entered the bottom of the seventh inning facing a five-run deficit, and were unable to perform the magic needed for a comeback. They end the regular season with a record of 11-19, and will head to Sioux Falls on Sunday to participate in a play-in game to see who advances to the playoffs.

Clarke Peterson swings at a pitch in the second inning of Friday night’s game. Clarke would go on to record a two-RBI double in the fourth inning, tying the game. The Lakers would go on to lose to the Merchants 8-3. – Tyler Julson/Albert Lea Tribune