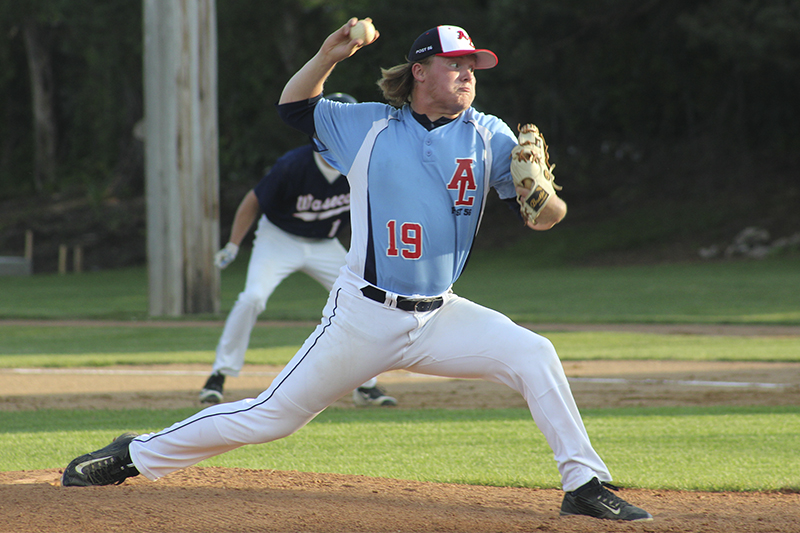 Parker Mullenbach started the game on the mound for Albert Lea. On top of recording five strikeouts and zero walks, Mullenbach also hit the game winning hit in the bottom of the eighth inning. - Tyler Julson/Albert Lea Tribune.

Starting on the mound and getting the win for Albert Lea was Parker Mullenbach. He had a stellar game, pitching all eight innings, giving up only one run on  eight hits. Mullenbach also struck out five batters and walked none. 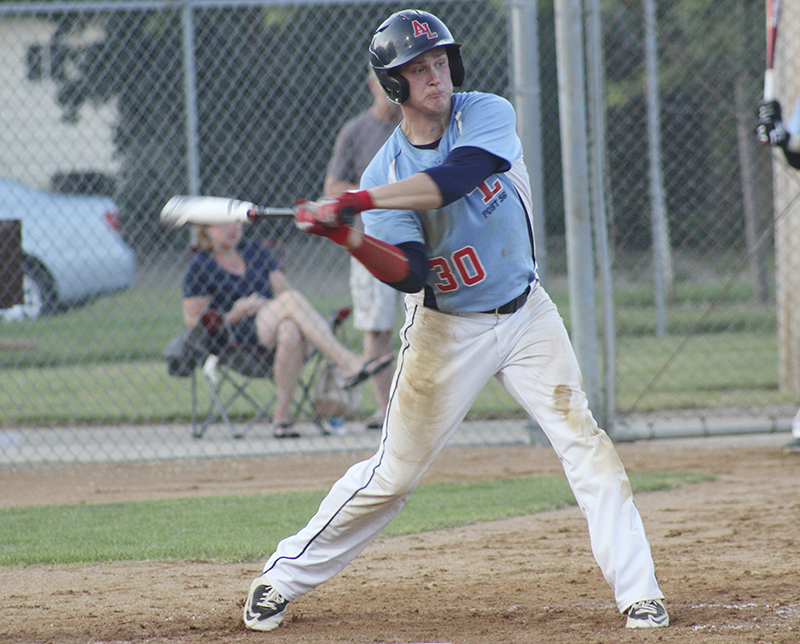 Ben Witham swings at a pitch late in the game against Waseca. Albert Lea would win the game in extra innings with a bases loaded single. – Tyler Julson/Albert Lea Tribune

Waseca was the first team to get a run on the board. A single by Eric Maas set up an RBI double from pitcher Cam Madsen.

Albert Lea would eventually tie the game up in the fourth inning. Alex Bledsoe led off the inning by getting hit by the pitch and was then batted in by Ben Witham.

The score would remain tied at 1-1 through the end of regulation innings.

In the bottom of the eighth inning Carter Simon reached base first with a walk. Albert Lea then loaded the bases thanks to back-to-back hits from Zach Edwards and Bledsoe. Then with only one out and the bases loaded, Mullenbach came to the plate and hit the game-winning single with a shot down the third base line.

American Legion Post 56 will seek to make it two wins in a row with a makeup game against Rochester tonight at Hayek Field.