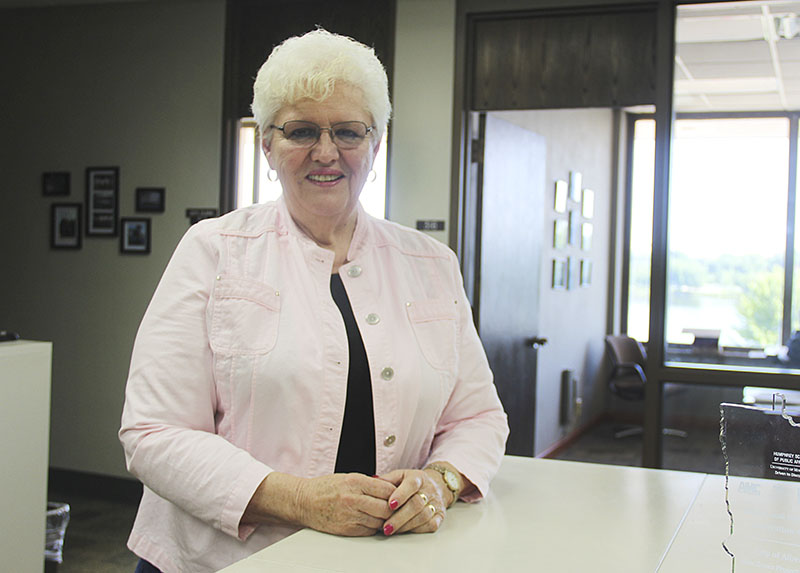 Shirley Slater-Schulte will retire as city clerk on Friday after more than 11 years with the city of Albert Lea. Sarah Stultz/Albert Lea Tribune

Albert Lea’s city clerk will retire this week after more than 11 years with the city and more than 40 years in local government work.

Shirley Slater-Schulte started in city administration in 1974 as the city clerk and treasurer in the city of Dayton. At that time, she said she worked out of her home so she could be with her children.

She said the city did not have a city hall at that time, so her house essentially became city hall and the police station. She held office hours out of her home.

In 1990, she became city administrator and deputy clerk in the same city until 2004, which has about 5,000 residents and is along the shores of the Crow and Mississippi rivers.

She said she moved to Albert Lea in June 2006 for the job as city clerk, which she said has been an enjoyable position over the years.

“My favorite part of the job is working with the public — with the residents,” Slater-Schulte said. “That is fulfillment, it really is.”

Her primary duties have included being a secretary to the Albert Lea City Council, city licensing, conducting the minutes at meetings, working on resolutions, ordinances and publications, as well as records retention and annexations. She has also overseen city elections.

She said in the last 11 years in Albert Lea, she has worked with four city managers and six mayors.

Slater-Schulte said she plans to travel after her retirement and plans to move back to Dayton. She also hopes to spend more time with family, cook, sew and play cards.

She may consider running for public office in the future.

A reception for Slater-Schulte will be from 2 to 4 p.m. Friday at City Hall. The public is invited to attend.