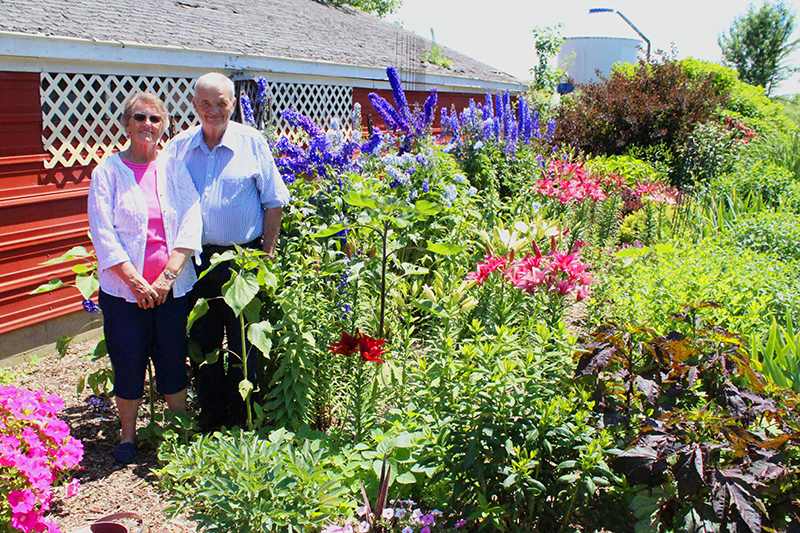 The Jerdees pose for a photo in their garden that they started on their farm in 1960. Evelyn Seffinga/Albert Lea Tribune 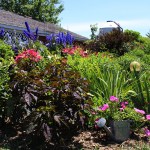 Janet Jerdee’s garden is supplemented by plants that she starts growing in her basement greenhouse in March. The plants are added to existing perennial gardens when the weather warms up. Evelyn Seffinga/Albert Lea Tribune 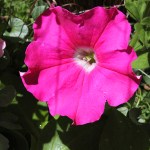 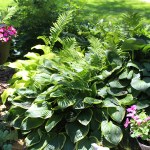 Hostas fill the dense gardens of the Jerdees’ property in Hayward. The garden will be featured in this weekend’s Art and Garden Tour. Evelyn Seffinga/Albert Lea Tribune 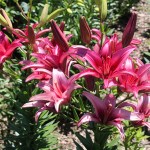 Janet Jerdee has a variety of lilies in her country garden. Evelyn Seffinga/Albert Lea Tribune 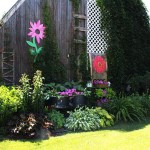 Odean and Janet Jerdee expand their garden little by little to each of the outbuildings on their farm. Evelyn Seffinga/Albert Lea Tribune 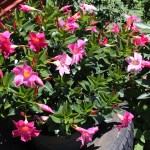 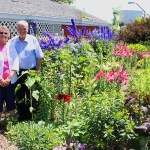 The Jerdees pose for a photo in their garden that they started on their farm in 1960. Evelyn Seffinga/Albert Lea Tribune

An experienced gardener has agreed to feature her work in this year’s Albert Lea Art Center’s Art and Garden Tour — an agreement that she called “her first and last.”

Janet Jerdee and her husband, Odean, of Hayward have transformed their home into a country garden oasis. The yard transformation began in 1960, when the couple moved into their home — a dwelling that is now 117 years old.

The Jerdees built a greenhouse in the basement of their home to jumpstart their spring growing season. Janet Jerdee starts her plants in the basement at the end of March each year.

“You take those little seeds, and you cannot believe how many pots they can fill,” she said.

Janet Jerdee said she has learned new tricks and processes every year as a gardener and has a habit of expanding her yard with new gardens. She worked at Wedge Nursery for many years, but has had little professional training.

The Jerdees have attended the Art and Garden Tour many times — Janet Jerdee said she finds new plants to add to her garden with each visit on the tour. However, she also said she does not need help coming up with new ideas.

“In the morning at five o’clock — because when I was young, I gardened with my dad — and I go out there, and I feel like dad is on one side and God is on the other and I am trying to make our world more beautiful,” Janet Jerdee said.

She tries to be in her yard starting at 5 a.m. to work on upkeep as well as start new projects. She goes inside when she gets too tired to work.

Beyond designing, nurturing and planting the gardens, Janet Jerdee is also experienced in floral arrangements. She has separate gardens toward the back of her land that she uses for harvesting flowers for arrangements and decorating.

Odean Jerdee, 80, still splits his time between real estate sales and mowing the lawn for his wife. He farmed corn, soybeans and hogs for most of his life. His family farmed the area that surrounds the couple’s current farm.

Janet Jerdee was not sure whether she was going to participate in the tour this year.

Odean Jerdee interrupted his wife and said, “What do you mean — almost 70 — you’re almost 80!”

The couple laughed and Janet Jerdee said, “And that is why I am doing (the tour).”

The Albert Lea Art Center has had multiple requests for the Jerdees’ garden to be featured in the event.

“Most of the houses have professionally done landscapes, and they have these beautiful homes and all this — and I said, ‘I don’t even know if they will like (my garden),’” Janet Jerdee said about her original phone call from the organizers of the tour.

Size, scope, detail and design all contribute to the Jerdees’ unique garden — all of which are likely factors for the inclusion of the family’s property in this year’s event.

She said her favorite plants are lilies, although she said her granddaughter would answer the same question with, “oh Grandma — if it is blooming, it’s your favorite.”

The gardener has picked out a unique tree for each of her grandchildren to place in her yard.

“When they were about 3 or 4 years old, we’d go, and they would help me pick out a tree — they thought they were helping me,” Janet Jerdee said.

Delphiniums, lilies, hostas, hibiscus and hydrangeas line the outbuildings, sheds and barns of the old farm lot. Rare trees such as magnolias, flowering crab and lilac bushes add variety to the couple’s yard with color and height. Being that Janet Jerdee’s favorite color is pink, she adds a variety of bright annuals to her gardens including petunias.

“If you see something orange or yellow, it has really been here a long time,” she said. “Now I kind of stay with pink and burgundy.”

Barb Butler will be the artist featured at the Jerdees’ home this coming weekend during the tour. Butler has painted since 1995, a skill that took many years to nourish. She eventually began teaching others how to paint. Butler and Janet Jerdee are longtime friends who met while working with the United Way.

According to Purdy, the Albert Lea Art Center has hosted the annual Art and Garden Tour since the 1980s.

New this year, businesses will be featured along with homes in the tour. Both the Albert Lea Seed House and Hill’s Gardens will prepare presentations for visitors during the tour. Mary Boorsma of the Albert Lea Seed House will share “Grandparents Gardening,” a presentation teaching gardening to grandchildren at an early age. Tony Hill of Hill’s Gardens will share “Beautiful Container Gardens,” a presentation demonstrating expert ideas and tips for creating unique combinations for decks, patios and porches.

“It is really good for the Art Center when the community sees that we promote community relationships with different businesses,” Purdy said.

Another new feature to the tour this year will be two artists at their own gallery in Albert Lea. Marty Shepard and Carli Bailey operate Car-Mar Studio, located at 1416 W. Main St. The artists, whom neighbor the Albert Lea Seed House, will display their mixed mediums as well as serve refreshments during the tour.

Tickets will be taken at all seven garden locations identified by the Art Center. Tickets are available at locations throughout town.

Purdy called the Art and Garden Tour an important fundraiser for the Albert Lea Art Center as well as a way for people to connect in the community.

This year’s tour will span from 4 to 7:30 p.m. Friday and from 9 a.m. to 3 p.m. Saturday. The cost of the event is $10, which covers both days. Tickets can be purchased at the Albert Lea Art Center, Addie’s Floral and Gifts, Albert Lea Convention and Visitor’s Bureau, Hy-Vee, Sterling Drug and all garden sites during the event.

The tour was made possible with a grant through the Southeastern Minnesota Arts Council, as well as donations from Thrivent Financial in Albert Lea.

Where: Various locations throughout the Albert Lea area