It’s not over until the Lakers say it is 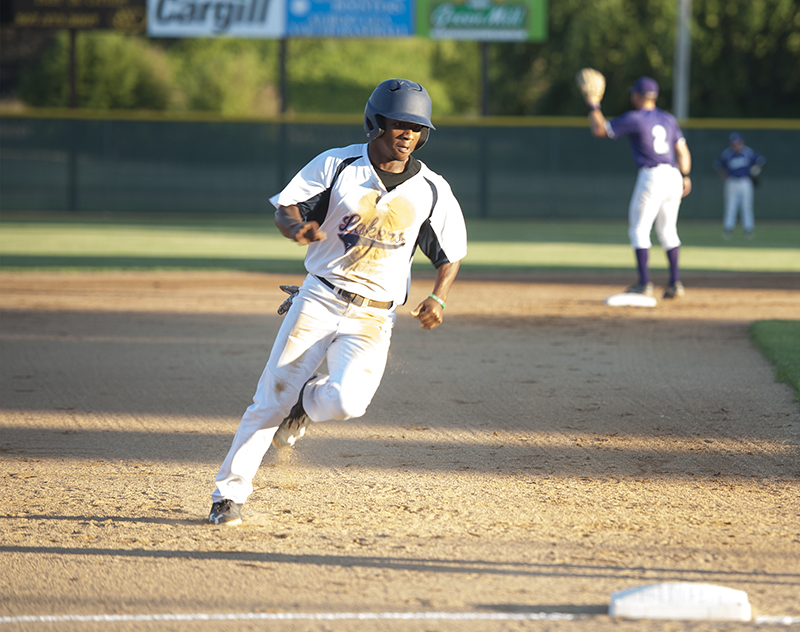 Outfielder Jamell Newson easily takes third base after a throwing error allowed him to steal second base. Newson would be the hitter to cap off the four-run ninth inning with the game winning base hit Friday night. - Tyler Julson/Albert Lea Tribune

The Lakers baseball team used some late game heroics to take down the Bandits Friday night at Hayek Field. Despite being down by three runs in the ninth inning, Albert Lea rallied to pull past Bancroft, 4-3.

Starting at pitcher for the Lakers was Blake Bagenstos. He pitched for six innings, giving up just one run while striking out six batters. Bagenstos was relieved in the seventh inning by Brian Pirc, who pitched two innings — giving up two runs and striking out four batters.

Cole McKay was called on in the ninth inning to finish the game for the Lakers. He retired the first and only three batters he faced, including two strikeouts.

The first four innings were a defensive battle for both teams. Neither the Lakers nor the Bandits surrendered any runs through the first stretch of the game. 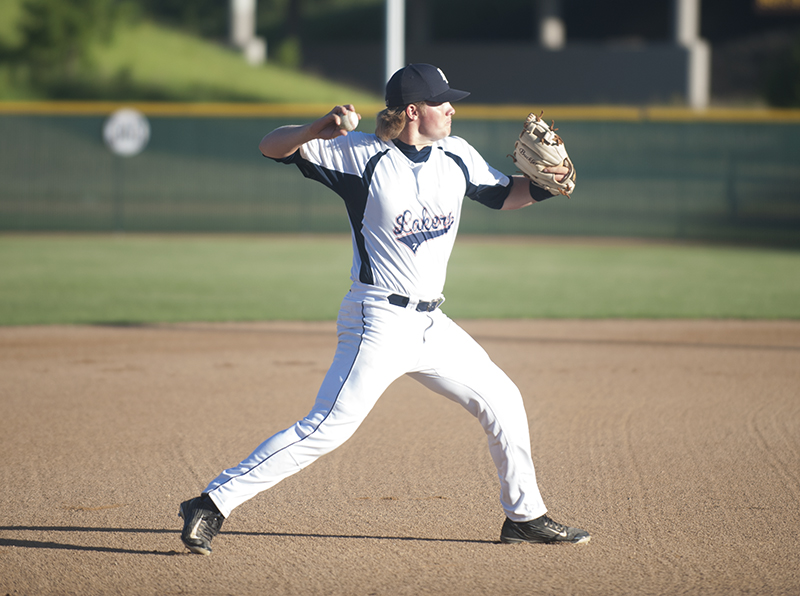 Third basemen Parker Mullenbach makes the throw to first base to record an out. Mullenbach was 2-3 at the plate and drove in a run in the ninth inning comeback. – Tyler Julson/Albert Lea Tribune

The Bandits pushed the first run across in the top of the fifth after an RBI single from infielder Joey Machuga.

Bancroft would add two more runs in the seventh inning due to two sacrifice hits — the first coming from outfielder Colin Brophy bunting in Jace Kommisnk. The Bandits third run came after a sacrifice fly from outfielder Greg Brown.

Down 3-0, the Lakers made their move in the ninth inning. Griff Snieder came to the plate with two runners on and hit an RBI single to bring the Lakers within two. Parker Mullenbach hit a sacrifice fly to bring in another run. Clarke Peterson hit a single to tie the game and put the winning run at third base.

The Lakers were originally scheduled to play their next home game on Tuesday. However, with the Legion team making the playoffs, Post 56 will now play at home at 7 p.m. Tuesday. The Lakers will next play at home again on July 22 against the Storm Lake Whitecaps. 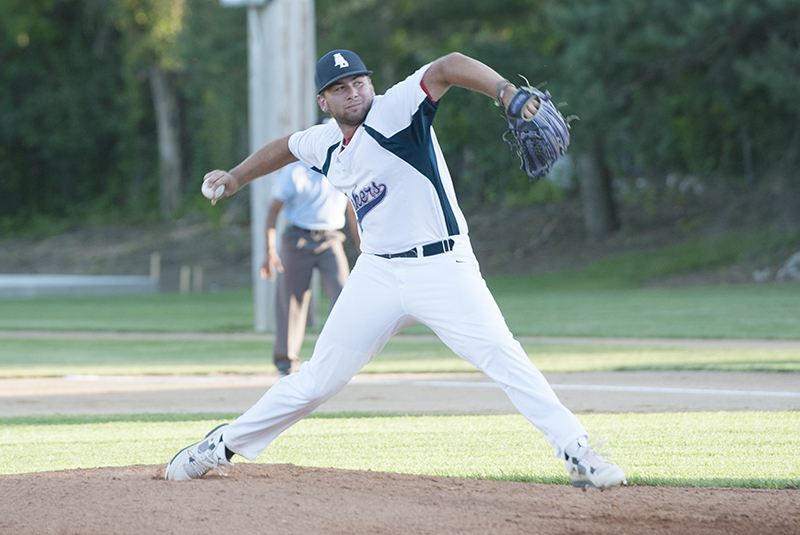 The starting pitcher for the Lakers on Friday night was Blake Bagenstos. He pitched six innings, allowing just one run and recording six strikeouts in the 4-3 win over the Bandits. – Tyler Julson/Albert Lea Tribune