Lakers fall to the Merchants 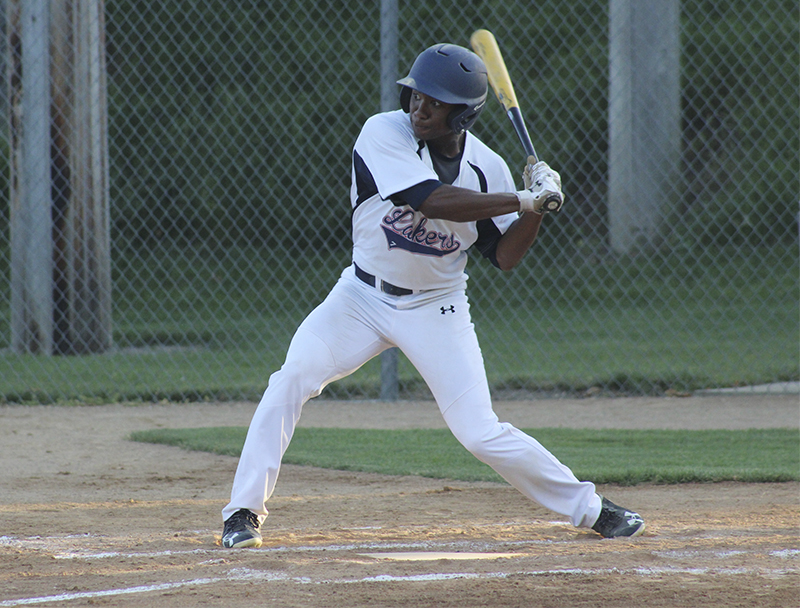 Lakers outfielder Jamell Newson swings at the first pitch of the game for Albert Lea. Newson hit a double and scores a run in hte first inning, however the Lakers would go on to lose 9-5 to the Merchants. - Tyler Julson/Albert Lea Tribune. 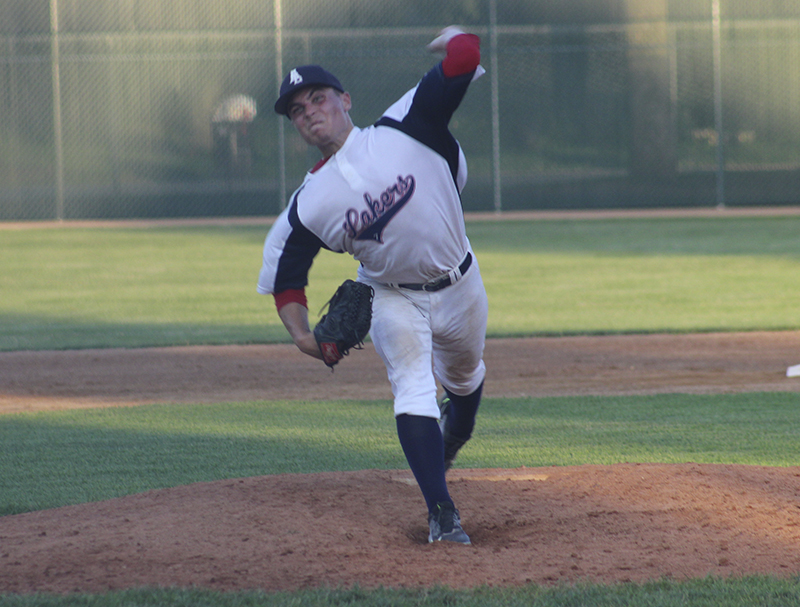 Starting pitcher Trevor Salmon throws in a pitch in the fouth inning. Salmon would pitch 4 2/3 innings for the Lakers recording six strikouts. Albert Lea would lose to Carroll by a score of 9-5. – Tyler Julson/Albert Lea Tribune.

The scoring started early for both teams in the matchup. Carroll scored two runs in the first inning thanks to an RBI single from Zach Ruckman and Sean Moore being hit by a pitch with the bases loaded.

Albert Lea would answer back in the bottom of the inning, scoring a run after back-to-back doubles from outfielder Jamell Newson and third-baseman Darek Sargent.

After a fast-paced first inning, the Merchants added another run in the second inning due to another RBI single from Zack Ruckman.

The Lakers would trail 3-1 until the bottom of the fourth inning. Hunter Waning reached base on a single and was advanced to second after a sacrifice bunt from Derek Johnson. Waning was then batted in thanks to an RBI double from David Earhart. 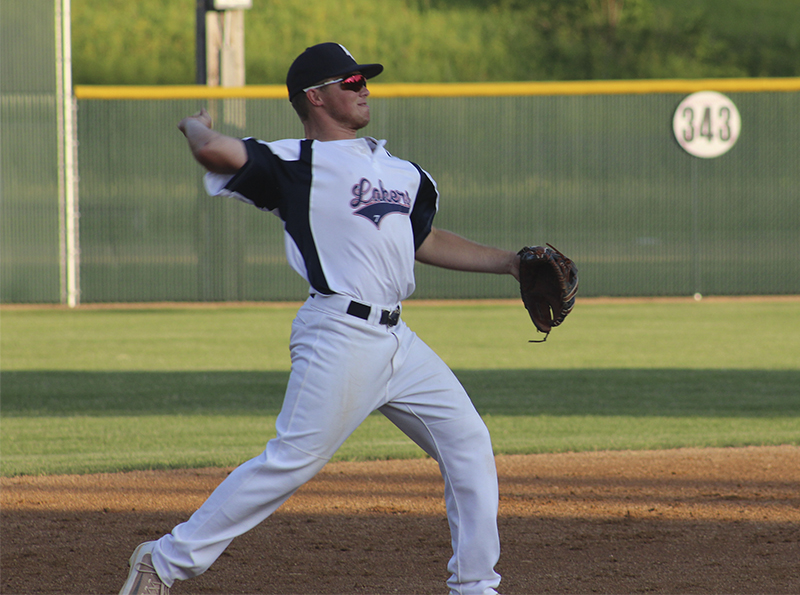 Short stop Evan Kayser makes the play at first base in the second inning of the Laker’s game Thursday night. Albert Lea fell to 6-9 on the year with the 9-5 loss to Carroll. – Tyler Julson/Albert Lea Tribune.

The Merchants would again come right back with a two-run fifth inning. Eric Yachinich scored on a wild pitch and Ben McConnell hit a sacrifice fly to take a three-run lead.

Albert Lea would narrow the lead to two in the fifth inning, with Jamell Newson scoring on a wild pitch.

Carroll would score another run in the eighth inning, when Michael Davila scored on a throwing error. Carroll added three more runs in the ninth inning

Down 9-3, the Lakers made things a bit more interesting in the bottom of the ninth. Newson hit an infield base hit to score a run and Sargent hit a deep sacrifice fly to score another run.

The Lakers fall to 6-9 on the season and will be back playing at home at 7 p.m. Saturday at Hayek Field when they take on the Storm Lake Whitecaps.