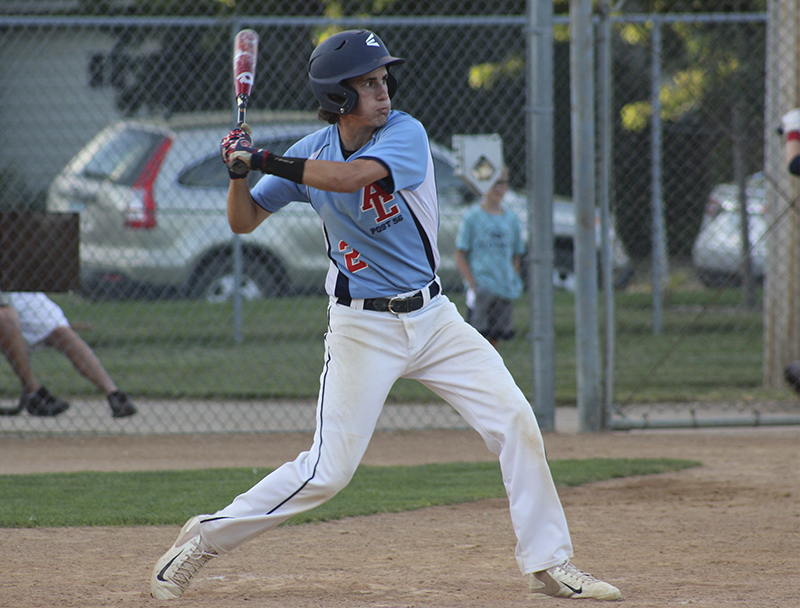 Starting on the mound for Albert Lea was Parker Anderson. Anderson pitched six innings, gave up 10 hits and struck out five batters. He was relieved at the start of the seventh inning by Jake Bordewick, who gave up two hits and struck out two batters. 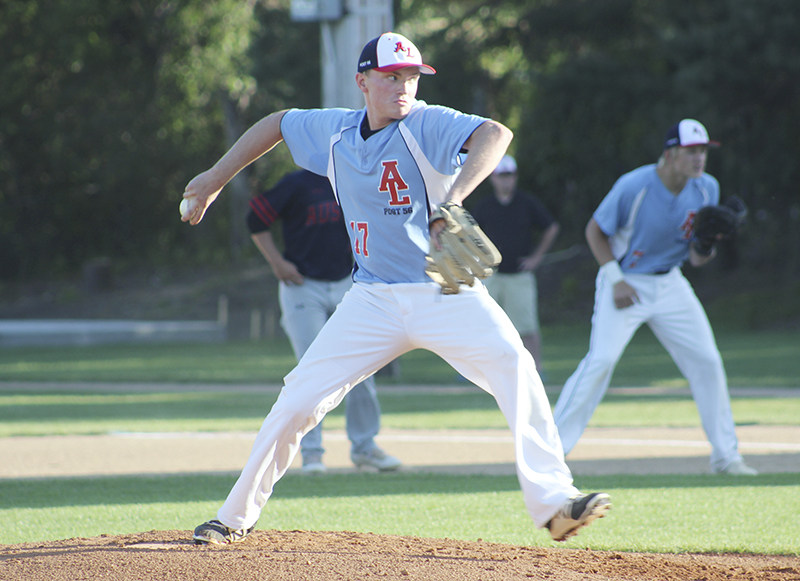 Pitcher Parker Anderson hurls a pitch in the first inning of the game against Ausitn Friday night. Anderson struck out five batters while only giving up two walks. Albert Lea lost the game to Austin 8-2. – Tyler Julson/Albert Lea Tribune.

A hot start for Austin put the team up by three runs by the end of the first inning. Singles from Jack Dankert and Pete Connor led off the inning, followed by an RBI single from Phil Zynda and a two-run RBI from Riley Retterath.

Albert Lea would score its first run in the third inning after a double from Bordewick and a single from Zach Edwards. Bordewick would score, thanks to a RBI ground-out from Alex Bledsoe.

Down 3-1, Albert Lea would give up four more runs in the fifth inning. Austin’s Retterath hit his second two-run RBI of the game and Hunter Johnson hit a run in.

Albert Lea would add another run to its total in the sixth inning, making the score 7-2. Parker Mullenbach hit a double to start the inning and was batted in by Alex Goodmanson. However, Austin would get a run right back in the seventh inning after an RBI base hit from Josi Bothun.

Albert Lea would try and mount a comeback in the seventh and final inning. Garrett Grandstrand, Garrett Piechowski and Bledsoe all drew walks to load the bases, but Albert Lea was unable to capitalize on the situation.

With the loss, Albert Lea Post 56 falls to 6-5 on the season and 3-3 in the conference. They will have their eyes set on redemption as they travel to Austin again at 7 p.m. Sunday.