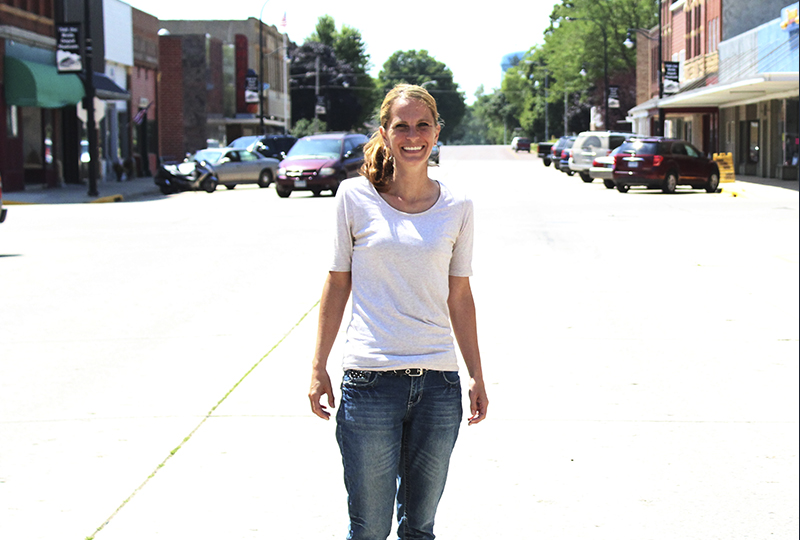 Although she just started as the executive director of Wells Area Chamber of Commerce this spring, Michelle Brandt’s journey to her current position started many years ago.

As a former business owner, Brandt knew what it would take to represent local businesses as a chamber director.

Brandt and her family owned a tree service business for many years. When the time came to sell the business, Brandt said she was “in limbo for a little bit” in terms of work.

Between staying at home and caring for her four children, Brandt worked a few jobs here and there but did not stay in a specific field.

She said she fostered her ability to organize through owning and running a business — a skill that she has applied to her new position at the chamber. She also said when she owned her business, she had to “come out of her shell and start talking to people.”

“Walking into the businesses and talking to any of the owners hasn’t been a problem now,” Brandt said about her new role. She credited her experience as a business owner to the success she has had so far.

“I grew up in the Cities, so coming into this area has been a little bit of a culture shock,” Brandt said. She grew up outside Crystal and then moved around with her family until she landed in Wells when her oldest son was in middle school. Brandt has lived in Minnesota all of her life.

One day, Brandt went to the Wells Area Chamber of Commerce website for another reason and saw the job posting for executive director.

“I thought it’d be perfect,” she said. “In my younger days, before I had children, I did a lot of volunteering and I even volunteered to coach my oldest son’s baseball team.

“Once I made it to two kids at that age, my volunteering kind of dwindled down. This kind of gives me part of that world, too. I am out and involved with the community, and I am getting to meet more people and dealing with businesses in town — it kind of brought me back, although not technically volunteering, to that.”

Brandt is the mother of four children — Kyle, 18, Collin, 16, and Ethan and Natalie, both 12. All four children attend the United South Central School District.

“Right now my goal is just to take everything in,” Brandt said.

The former executive director of the Wells Area Chamber of Commerce was Emily Hassing. Brandt said she was grateful that Hassing was staying on the board of directors at the chamber to assist Brandt in her transition to the new position.

“I want to get more of the businesses in the area to sign up for the chamber and realize what we can do for them. We are looking for new ways to help the businesses grow,” Brandt said. “In smaller communities, you don’t have as much of the coverage with the businesses. Some people don’t even know there are certain businesses in Wells. I am hoping that we can start to get the names out there a little bit more.”

“I want to get out to all those communities just to make it known that we are here and we do promote other area businesses, too,” Brandt said.

A project that Brandt has been focusing on in her first weeks in her position is preparing for Kernel Days, a summer festival which runs from Aug. 18 through 21 in Wells. She is also working on gathering ideas and goals for a new website for the organization and trying to gather businesses that are not members of the chamber yet.

“The best part so far has been just being involved and being able to talk to anybody in the community — whether it be a community member or a business. You know, we have the businesses that are here and that we are promoting but we are also promoting the community as a whole and the people who live in it,” Brandt said.

Even in a small town like Wells, Brandt has found businesses that she did not know existed. She said that it was a goal of hers to make sure that businesses know she is available to help.

“Call me if you need anything,” Brandt said.

Livelihood: Executive director of the Wells Area Chamber of Commerce and a sales representative at Morris Furniture Co. in Albert Lea

Interesting fact: At one point in her life, it was accurate to call Brandt the “Crystal Princess.” She was an ambassador to the city of Crystal after winning a pageant when she was younger.