Rallying for hope together: Annual Relay for Life takes place 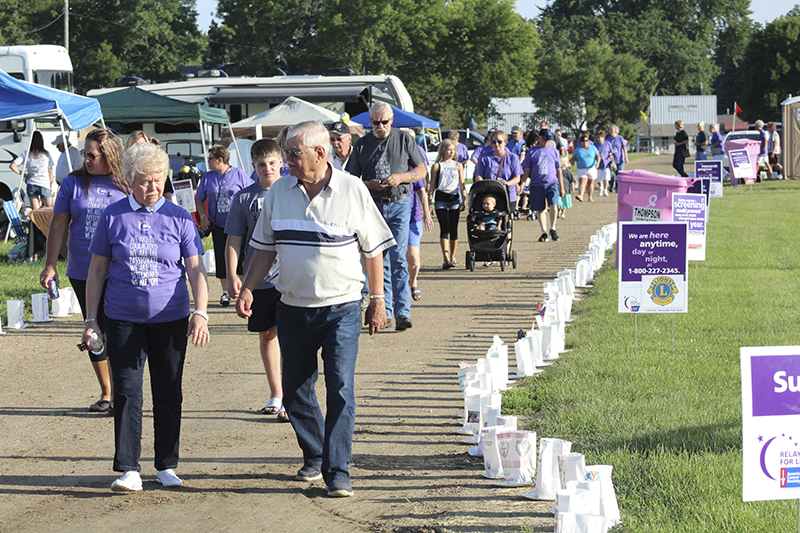 The Freeborn County Fairgrounds were filled with purple and gray shirts Friday night as cancer survivors, those who know someone with cancer and other members of the community gathered for the American Cancer Society’s Freeborn County Relay for Life.

The Freeborn County Relay for Life is one of 5,000 relays held across the country each year to raise money for the American Cancer Society’s efforts toward cancer research, patient care, education and prevention.

Caregivers wearing gray T-shirts surrounded their loved ones — survivors in purple T-shirts — Friday night. Although the relay was filled with some celebratory smiles, some moments at the event were solemn as attendees remembered those who lost their battles with cancer.

The walkways at the fairgrounds were lined with hundreds of luminarias to memorialize those battling cancer, those who have died from cancer and cancer survivors in the area. The event was scheduled to last from 6 p.m. Friday to noon today.

Honorary Survivors Al Batt and Lynne Hartke addressed the hundreds of people gathered for the opening ceremonies of the event Friday night. Both speakers spread a message of hope for those fighting cancer, the families affected by cancer and the hope for progress.

Batt presented the struggles he experienced with his diagnosis and battle with cancer. Without missing a single opportunity to make the crowd laugh, he explained that his mother always told him he was not allowed to “hate” — but if there is one thing he hates, it is cancer.

Batt explained how when he was a child, he always wished it was Saturday because Saturdays were the only days of the week that he did not have to go to either school or Sunday school. His mother always told him to never wish a day away. His message to the crowd echoed that of his mother’s.

“Life has the permanence of a sand castle — none of us are promised a tomorrow.”

Batt compared cancer to walking up a tall hill, and once someone with cancer gets to the top, the hill only gets taller.

Batt used his opportunity as an Honorary Survivor to address the crowd with a dash of humor by telling those gathered about his recent development of hiccups as a side effect of his chemotherapy.

“I have tried every cure (for hiccups) there is,” Batt said. “People are so nice — ‘Well, have you tried drinking upside down out of this glass?’ or ‘Try standing on your head and reciting the ‘Star Spangled Banner’’ or Say pineapple outloud, that works every single time!’ It doesn’t,” Batt said.

“They even showed me my hospital bill in hopes it would scare my hiccups away.”

Author and Albert Lea native Lynne Hartke returned to her hometown to tell her story of survival with breast cancer. She told her unique story of losing both her parents to cancer while being diagnosed with the disease herself.

Both Batt and Hartke said their cancer diagnoses were like receiving a hard, paralyzing punch.

The opening ceremonies were concluded with the survivor’s lap — a reading aloud of survivors of cancer as members of the crowd begin their journey around the track. 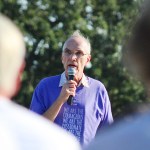 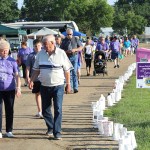 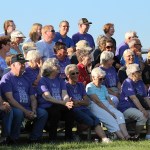 Hundreds gathered for the 2017 Relay for Life in honor of those who battle cancer. – Evelyn Seffinga/Albert Lea Tribune 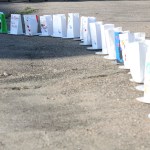 Paper bags filled with candles in memory of loved ones that lost their battle with cancer line the walking track Friday night at the Relay for Life. – Evelyn Seffinga/Albert Lea Tribune 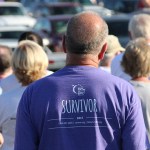 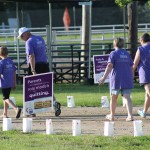