Robert (Bob) Bruce Sekora of Lino Lakes, a Burnsville native and former resident of Albert Lea, died on Sunday, July 9, 2017, peacefully at his home, five days before his 59th birthday. He endured a year-long journey with cancer. As he often referred to what happens after death, he made his way home. 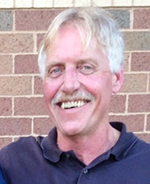 Bob was a man of depth and had a loving heart. He exemplified compassion and insightfulness, was an exceptional father, valued family, nurtured his faith, had a playful sense of humor, was a good listener and had an ability to connect with strangers. He stayed true to his personal and professional life motto —“Be real.”

Bob made a difference in the lives of others for 30 years as a chemical dependency counselor, helping people define themselves. He started and ended his career at the Anthony Louis Center — making a full circle. In between, he was an individual and group therapist and educator in Minnesota and Wyoming. Bob’s most significant impact was made during his 18 years as a therapist at the Minnesota Department of Corrections.

Bob was a musician and athlete. He enjoyed playing the acoustic guitar and singing, was a choir member in high school and in his early adult life, and more recently could be found harmonizing songs with his son. Bob biked and lifted weights daily and enjoyed playing and watching sports.

On his bike rides, he never missed the opportunity to say hello to people in passing.

Memorial services will be at 3 p.m.  July 29 at River Hills United Methodist Church in Burnsville, with a gathering to follow. Visitation will be one hour prior to service.