‘The highlight of being here is the patients and families’ 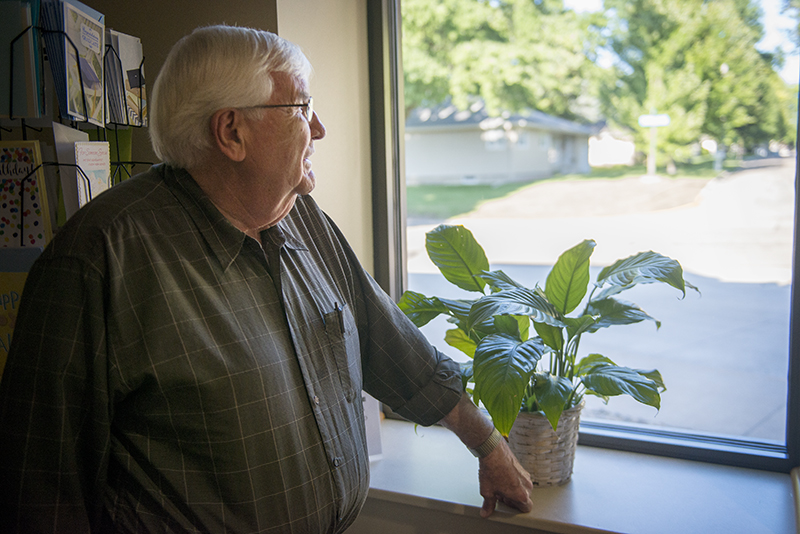 Dr. Lowell W. Barr grew up in Albert Lea — he moved here with his family at the age of 2 when his father, Dr. Lowell C. Barr, took a position at the local hospital in 1934.

Like his father, Lowell W. Barr started practicing medicine at Naeve Hospital in Albert Lea in 1962 and spent the majority of his time doing just that until his retirement from Mayo Clinic in 2005. His primary focus was pediatrics, although he also worked with patients in behavioral pediatrics.

Barr and his father overlapped in their medical careers by 15 years in Albert Lea.

He said there were good times and bad times during his time at the hospital in Albert Lea. Barr held the title of chief of staff when the new hospital wing was built on the lake — an event that he said was one of the good times.

Barr highlighted some positive memories of his long career in Albert Lea, including taking care of long-time patients and families and the relationships he built with other staff at the hospital.

He identified the turmoil the hospital is experiencing now as one of the bad times.

“I’d say a bad time is if we do have to move all the inpatients to Austin — I mean, that is a bad time,” he said. “Now, although I see both sides. I did train at Mayo and I have a high regard for the Mayo Clinic. I am in a little different position than some of the other people who didn’t train there. I am hoping it can be negotiated and not just everything moved over.”

Barr is currently an emeritus member of the hospital staff, although he has spent the last 12 years working with patients at Freeborn County Mental Health Center in the department of health services. Barr retired earlier this month from the county.

He said that his work at the mental health center leads him to think that Albert Lea is indeed in need of inpatient behavioral psychiatry beds in Albert Lea. Part of the announcement that Mayo Clinic made when it announced the changes is that a stronger behavioral health clinic will be established in Albert Lea.

“The positives would be an inpatient psychiatry unit here — that would be really good,” Barr said. “And then the chemical dependency center (in Albert Lea) is well known and it is established and it certainly will be added to and probably expanded here.” 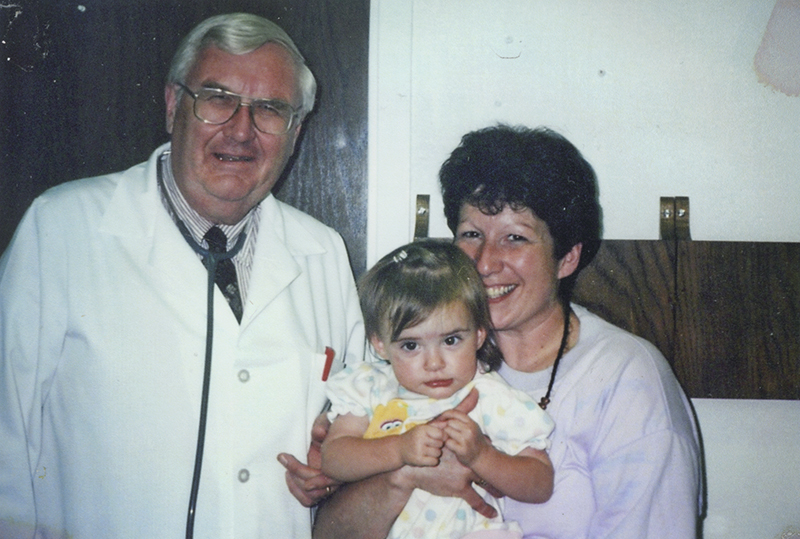 Barr is pictured with a patient and her mother in 1995. – Provided

Barr said he looked forward to that particular change, but as a pediatrician, he did not want to see mothers have to travel 20 miles or more to Austin for services. He also said he would hate to see the operating rooms removed from Albert Lea, although he acknowledged that outpatient surgery is becoming increasingly popular in medicine because the cost of staying in hospitals is high.

“Women in labor, they have to go over there for a c-section and so on, I’d hate to have that happen,” he said.

Barr expressed his concerns for the people living in Lake Mills, Wells and other surrounding towns to the west without a hospital who would be forced to drive another 20 miles to Austin for services.

“I am in the middle of that, though,” Barr said. “I actually see the other side, too.”

Barr worked as a locum pediatrician in Virginia, Minnesota, for about 10 years throughout his career. Barr explained that locum means he filled in for other doctors. He said the clinic in Duluth has since closed its pediatric clinic and patients are now forced to drive their children another 20 miles to see a pediatrician.

“It is not unique to us,” he said. “I think it is happening all over the country. (Hospitals) are kind of consolidating and adding more efficiencies and all that — but the other side is that people have to drive all that distance.”

As a resident of Thorncrest Senior Living Community with his wife in Albert Lea, Barr said he sees both sides.

“I appreciate the problems of the elderly now, although I started out with babies and small children,” he said.

Barr said he has had a number of patients he has dealt with at the county who need psychiatric inpatient services and said, “the center over at (St. Marys in Rochester) gets filled up pretty quick. It is hard to get children and adolescents in there.”

Barr said he thinks the future of healthcare will be an “interesting” affair.

Some of the biggest changes Barr experienced in his time as a practitioner were technology in many different aspects of the trade, especially record keeping and daily practices. He said the transitions to computerized records and medical confidentiality were significant changes he had to adapt to in his career.

“Some of the other memories I have are ambulance rides to Rochester with terribly sick babies. I remember one time the ambulance broke down — and Jess Jackson, who had a Cadillac ambulance — broke down just as we were turning off the freeway,” Barr said. “Boy, I was bagging a baby with diaphragmatic hernia, where they couldn’t breathe on their own, and we had to call and have another ambulance come and meet us part way.”

He also recalled terrible weather he and his crew tried to get back and forth from Rochester in during his career.

“So those are bad memories, but we also appreciate the wonderful things that Mayo does, too,” Barr said.

“I think you could put me down in the middle. I see a lot of good things, too,” he said. “I kind of bridge the other side. Back when (Naeve Hospital) joined Mayo, I was one of the advocates. It is sad that some of my peers have passed away or are disabled or are not able to speak up.”

Barr expressed his concerns with the possibility of Albert Lea’s ICU moving to Austin in October and people with limited transportation being inconvenienced by the changes.

“I think that one of the compromises that they could do would be to have at least a half a dozen beds for observation,” he said. “So, if you go into the ER and you need to be watched for a day, you could be hospitalized here rather than have to go to Austin and then (travel) back and forth. I think that might be a good compromise.”