‘This is the last one’ 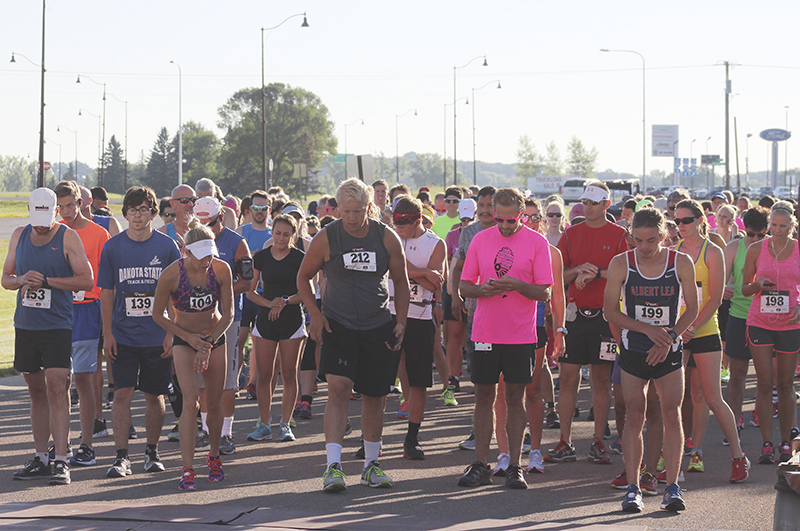 Runners take their marks at the start of the April Sorensen Half Marathon on Saturday. Around 160 people came out to run in the race; about 120 ran as individuals and 40 ran as part of a relay team. - Tyler Julson/Albert Lea Tribune

Runners from all over the state and a handful of others came out early Saturday morning to pay tribute to April Sorensen. The race started in front of Country Inn & Suites in Albert Lea and continued for 13 miles, finishing in Hayward.

Around 160 people showed up to compete in the half marathon, whether it be as a team or individually. Just over 120 competed as an individual, with the rest running on relay teams.

Sorensen’s sister, Holly Beenken, talked about the turnout of the race and why it will be the last one.

“Turnout was great,” Beenken said. “But really, anything is great for us. We’re just out here to keep April’s memory alive and the more people that come the greater.

“The main reason that this is the last one is that we had the course certified for 10 years. We said when it needs to be recertified then we’ll decide then, and we kind of just decided this would be it. This year, it’s been very bitter sweet.”

The race is set to to memorialize Sorensen, who was found dead in her Rochester home in April 2007. Sorenson was 27 at the time and is thought to have died in an apparent homicide. The case remains unsolved to this day.

The relay teams were split into three categories, male, female and coed. The winning coed team was Kendall Pfrimmer and Chad Couser with a time of 1:29:00. The winning male team was Blake and Bradley Haugen, finishing in 1:54:28. The first female duo to cross the finish line was Katie Falk and Jade Claasen with a time of 2:00:12.

Look to the Tribune for more results from the race as they become available. 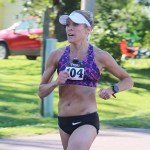 The winner of the female division, Kelly Boler, crosses the finish line Saturday morning for the April Sorensen Memorial Half Marathon. Boler, a winner of the race in the past, finished with a time of 1:21:57. – Tyler Julson/Albret Lea Tribune. 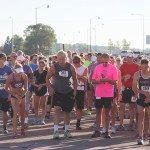 Runners take their marks at the start of the April Sorensen Half Marathon on Saturday. Around 160 people came out to run in the race; about 120 ran as individuals and 40 ran as part of a relay team. – Tyler Julson/Albert Lea Tribune 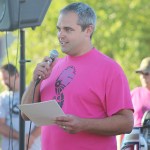 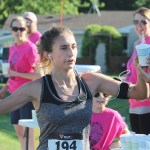 A runner grabs a cup of water at one of the many water stations set up along the route. A hydrating station could be found every even mile marker along the half marathon. – Tyler Julson/Albert Lea Tribune. 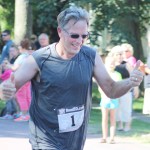 April Sorensen’s father, John Larson, crosses the finish line of the memorial half marathon. Larson finished with a time of 1:45:25. This year’s run marked the 10th and final race of the April Sorensen Memorial Half Marathon. – Tyler Julson/Albret Lea Tribune.