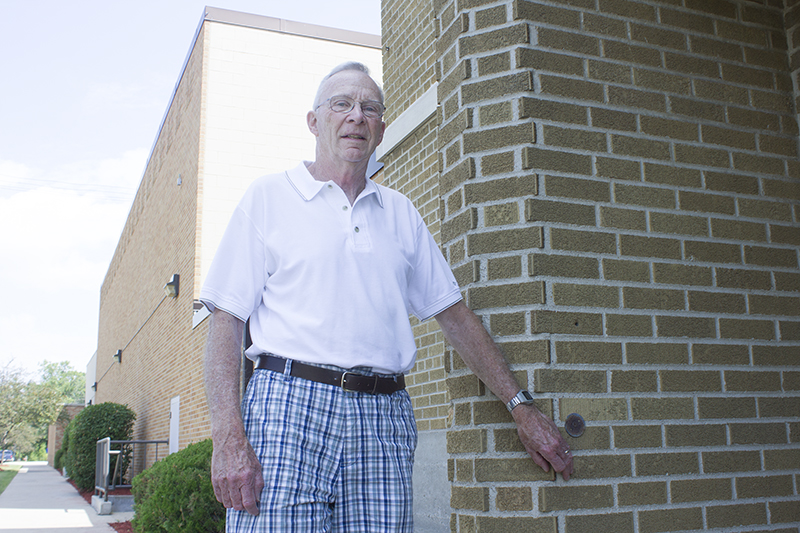 Editor’s note: This is the first in an ongoing series about memories from local providers and residents at Albert Lea’s hospital.

A retired Albert Lea doctor who practiced medicine in the community for three decades witnessed major changes in both technology and the local medical environment.

William Buege, 78, began his career in Albert Lea in 1969 at what was then Albert Lea Medical and Surgical Center, a hospital that at the time was on North St. Mary Avenue and included surgeons, internists and pediatricians. The facility would later include an orthopedist, urologist, obstetricians and family medicine.

“All in one group, one organization, one medical chart, in one building,” he said.

Buege said during the first third of his career in Albert Lea, his main focus was taking care of injured patients from automobile crashes. He said he later shifted his focus to taking care of family members of all ages, with a lot of treatment for heart attacks and strokes, before shifting his focus in the last third of his career to treating osteoporosis and malignancies. Buege directed a family medicine residency in a large medical center in Pennsylvania from 1979-84 before coming back to Albert Lea. He said he noticed several changes over his career.

“The greatest change that occurred in my career was when the profession of the practice of medicine changed to a business,” he said.

Buege said the hospital and what was then Albert Lea Clinic — which opened in 1960 on West Fountain Street — functioned well together.

“We knew all of our patients, their families,” he said. “We had a hospital a half a block from the clinic. We all worked very well together.”

Buege said he knew patients on a personal level.

“I think that living in the town where I worked — got to know the people, and they got to know me, and it was good working with the other physicians, the other specialists.”

Buege remembers the hospital taking care of most medical, surgical and traumatic health issues, with what he said was the “relatively-rare” case of transferring a patient to Mayo Clinic in Rochester.

The two health care organizations merged in 1985 to form the Albert Lea Regional Medical Group, P.A., a move Buege said was “very good” and resulted in a staff of 35 physicians.

He said he disagreed with the decision that Albert Lea East and West Clinics would become an affiliate of Mayo Clinic Health Systems in 1995, saying the hospital lost its independence in the move, and he did not think Mayo knew how to operate a community hospital.

Buege said medical advancements were evident during his career, including the development of CAT scans. Prior to that, a patient with a health issue related to their abdomen would have had to have a laparotomy. He remembered discovering a lymph node in a patient’s abdomen during his first CAT scan, ensuring she did not have to undergo a major operation. He also remembers the development of fiber as an important part of a diet.

Buege and his wife, Jane, have three children: Brad, a physician; Gretchen, a dietitian; and Kristen, a wild-earth biologist with the National Forest Service.

Buege, who resigned from the Albert Lea hospital in 1999 and retired a short time later, remembers delivering babies, taking care of children and bonding with the families of his patients during his career.

“I think sometimes one of the biggest assets in me being able to provide the medical care that they needed to receive was that I knew their family,” he said. “It was not unusual to have three, sometimes even four generations that I took care of at the same time. And even now, it’s not unusual for somebody to come up to me and say, ‘Dr. Buege … you delivered my babies.’ So their babies are old now, and it’s a real honor to hear that.”

Buege said he enjoys the community.

“Albert Lea’s a great place — it’s the people, basically. Good leaders — and the thing that makes good leaders is good followers, and it’s just a great place to live. I can’t really think of anything bad about it. The worst thing that’s happened is what’s (threatening to happen) right now, is to have our inpatient care removed from us.”