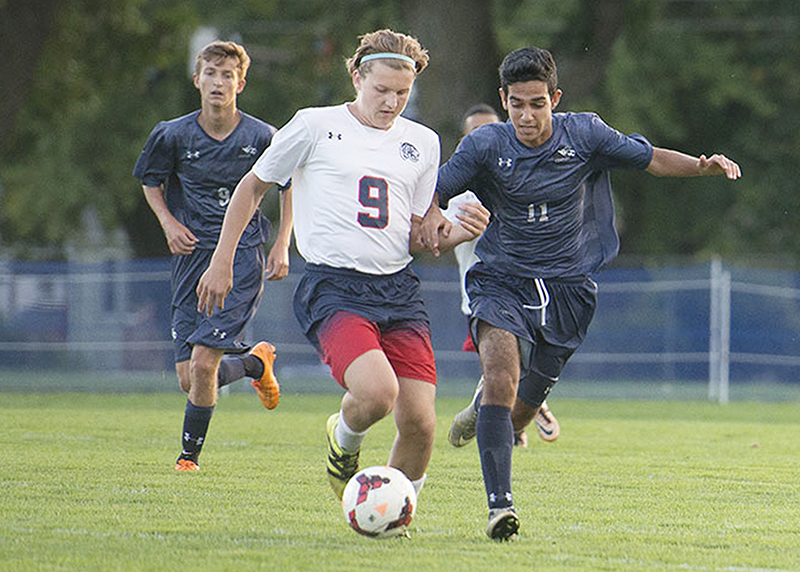 Spencer Indrelie is one of the eight returning seniors on the 2017 soccer roster. The Tigers lose 13 seniors from last season as they hope to improve upon last year's record of 3-11-2. Jarrod Peterson/Albert Lea Tribune.

The Albert Lea boys’ soccer team is one of the teams in the district to be playing with a new head coach this fall. Zachary Luther is the man taking the helm as the new head soccer coach and he’s ready to get started.

Luther grew up in Byron and graduated from Byron High School in 2009. After high school, he attended college at the University of Wisconsin-River Falls, where he graduated with a degree in social studies teaching in 2013. While there, he spent some time coaching with their traveling association and a C1 team made up of players from a few Wisconsin and Minnesota schools.

Luther described himself as a high-energy coach, one that you won’t often see sitting still on the sideline.

“My practices are up-tempo, and I want players to constantly be on their toes ready to work, Luther said. “You will see that energy translate into the game setting where I expect my teams to outwork their opponents.” 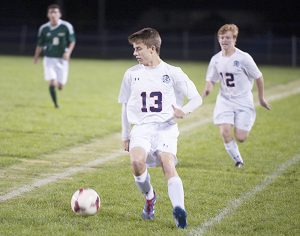 Lennon Shimon is a returning senior forward on the 2017 boys’ soccer roster. The Tigers will open up their season at Worthington at 6:30 p.m. on August 29. – Jarrod Peterson/Albert Lea Tribune.

Sometimes a first-year head coach can encounter some difficulties connecting with their players right away. However, Luther worked as a volunteer coach on the soccer team and as an assistant track coach last year. He said the relationships he has already formed will translate as he becomes the head coach and will help ease the process.

“That familiarity should help me out moving forward, but I know there may be some struggles early on,” Luther said. “I am a very hands-on coach and I love hopping in during practice when it makes sense.  I’ve had success building relationships with players in the past because they see me practicing what I preach to them.”

Coming into a program that has struggled in the past can be a daunting task for a young head coach. But Luther is looking forward to the task and is ready to instill a tradition of his own.

In the short time that he’s been with the team he knows this squad has the core to be a great team. Getting these players to connect, communicate and build chemistry is his way of bringing that out.

“The biggest thing I want to see from this team is growth, both on and off the field,” Luther said. “The most successful teams I’ve coached or played on have been with teams that had excellent chemistry. Growing as a unit to be able to trust each other will pay great dividends on the field, where communication is important.  I want this team to work to improve every day, and if they can do that they will have a successful season.”