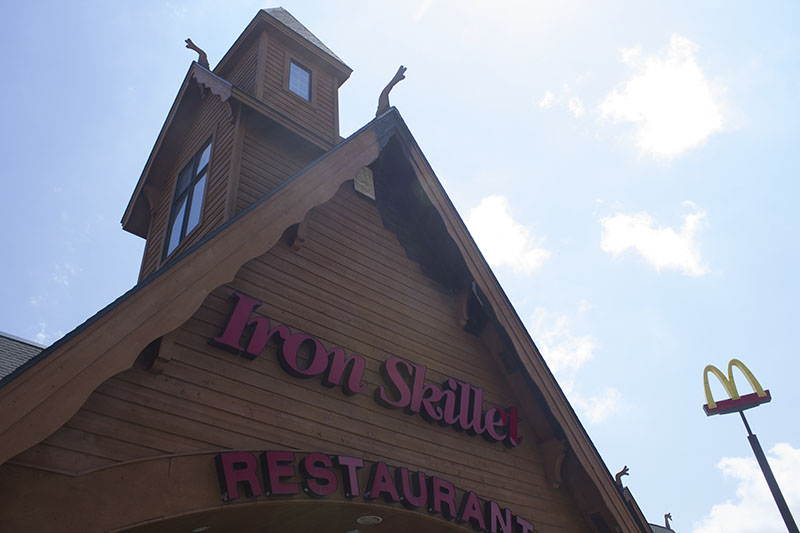 Damage to the roof of Trail's Travel Center was evident on Tuesday, one day after a fire caused structural and financial damage. - Sam Wilmes/Albert Lea Tribune

Damage from a fire Monday at Trail’s Travel Center is estimated at $100,000, according to the Albert Lea Fire Department.

The fire was visible on the roof above the southwest entrance of the building when the Albert Lea Fire Department arrived on scene after 10 p.m., according to a press release. The fire was reportedly extinguished within 10 to 15 minutes, and was contained to attic space and the entrance roof.

The press release states $45,000 in damage was sustained to the building, along with $55,000 in lost contents.

“The business was shut down until morning, when the health inspector arrived to inspect the property,” the press release states.

No injuries were reported. The fire is thought to have started at the end of a light fixture that was in the area of the roof overhang.

Dusty Trail, Trail’s Travel Center manager, anticipates repairs will be needed to the entrance, and he thanked the Albert Lea Fire Department for its work in controlling the fire.

The fire was investigated by the Fire Department and the Minnesota State Fire Marshal’s Office.