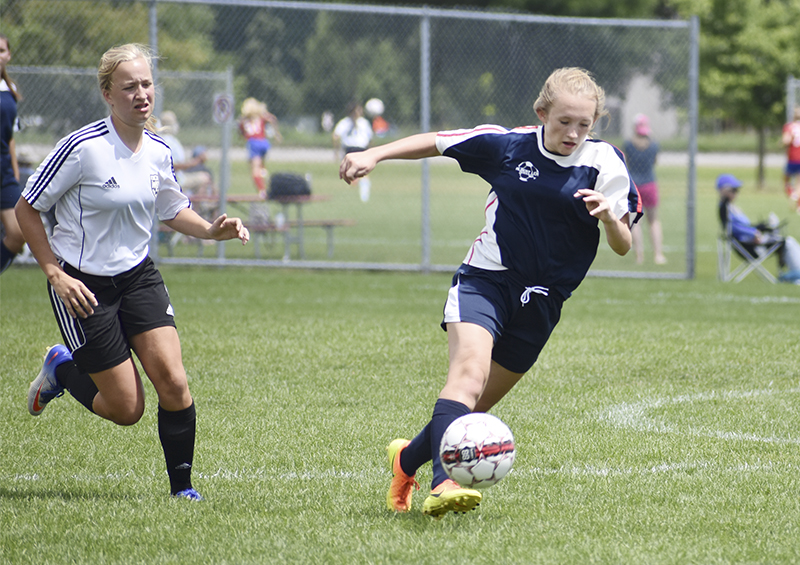 Maddie Schneider moves the ball past a defender in Albert Lea's 1-0 victory over Winona in the state championship Sunday afternoon. The U16 girls' team finished the season unbeaten, with a record of 12-0-1. - Provided.

The Albert Lea U16 girls’ soccer team won the state championship over Winona Sunday afternoon. Albert Lea scored the one and only goal of the game, beating Winona 1-0. 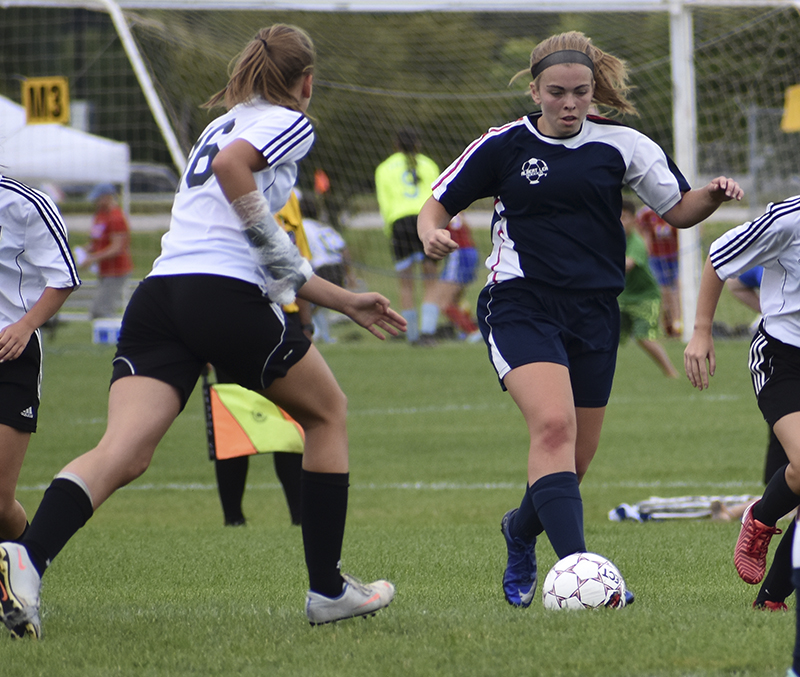 One of Albert Lea’s team captains, Sydney Nelson, dribbles the ball into a host of Winona defenders. The team grabbed a 1-0 victory over Winona to win teh U16 girls state championship. – Provided.

Normally any sports season is filled with high and low moments for the team; however, that’s not necessarily the case for Albert Lea’s U16 girls’ soccer team. The team went unbeaten throughout the entire summer. The closest they came to a loss was a 1-1 tie against Rochester in June.

That’s not to say that the team hasn’t had any hardships. One of the team captains, Sydney Nelson, described what she thought was the most difficult part of the season.

“We have a lot of younger girls on our team,” Nelson said. “The beginning of the season was the first time that a lot of us had played together, so it was a little difficult to get used to that right away.”

The girls got over their minor chemistry issues right away, winning their first game of the season, 4-1 over Rochester. Through their first four games, Albert Lea outscored their opponents 16-2 — the one-sided victories were some of the best memories of the season, according to Nelson.

“I loved playing the games when we were winning by a lot,” Nelson said. “We got to have people play different positions and just work on our games more.

“As the season went on, our communication and teamwork got a lot better. We found each other’s strengths and weaknesses and played off of those.”

Nelson, along with her co-captain Turena Schultz, took on a tremendous amount of leadership and responsibility with their positions on the team. It was a role that Nelson was proud to have. She talked about what it was like to be the captain on a state champion team.