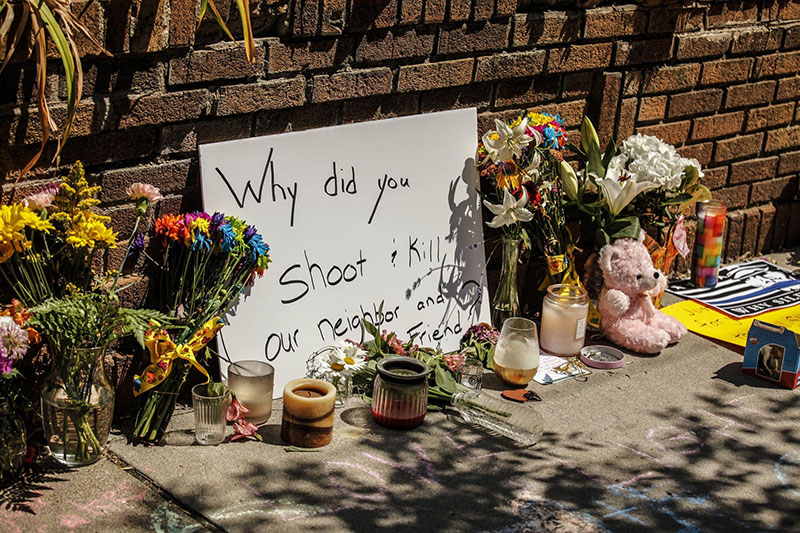 Before Minneapolis police officer Mohamed Noor shot Justine Ruszczyk through the open driver’s side window of his squad, a woman had approached the back of the patrol car and “slapped” it, according to a court document filed Monday.

Authorities said Ruszczyk, who also used the surname Damond, called 911 to report a possible sexual assault in the alley behind her south Minneapolis home. She called again 10 minutes later to check on the status of the responding officer’s arrival. Soon after, she was shot.

A search warrant was filed by Minnesota Bureau of Criminal Apprehension investigators to look at the area where the shooting happened and gather evidence as part of the investigation.

“Upon police arrival, a female ‘slaps’ the back of the patrol squad,” according to the search warrant. “After that, it is unknown to BCA agents what exactly happened, but the female became deceased in the alley.”

But the document doesn’t explicitly say it was Ruszczyk who slapped the back of the police cruiser. It also doesn’t say whether that was the loud noise that Noor’s partner, Matthew Harrity, said he heard and was startled by before the shooting.

Noor has declined to speak with investigators. He remains on paid administrative leave.

The shooting has stirred controversy all around the country and internationally as news spread to Ruszczyk’s home country of Australia.