A different kind of animal 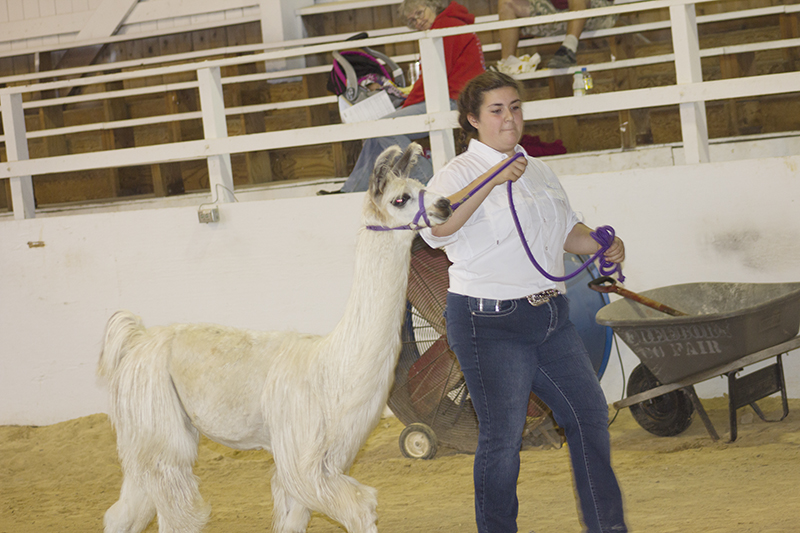 4-Hers show llamas at the fair

A llama show took place Friday at the Freeborn County Fair, allowing 4-Hers to show a unique animal and learn skills that will come in handy in the future.

The show included parts on showmanship, an obstacle course, llamas’ use as a therapy animal and a llama dressing contest, during which participants were judged on how covered the animal was from head to toe.

It was Olivia Bernand’s first time showing a llama at the fair. Her llama, Sahara, was one of six in the competition.

“I like how calm and docile she is when she’s comfortable around other people, and just working with a new project is really fun,” Bernand said.

An Austin resident, Bernand said she plans to participate in the event until she graduates from 4-H.

“We are working with Mower County and Freeborn County,” she said. “Some people over in Mower County have a lot of llamas, and so they nicely lease them to some of our kids, so then they are over here helping our program. So, they’re helping us setup our course — they are helping their kids out, teaching and encouraging.”

Taylor Vanek, who was in her second year of showing, said she was feeling good about the event and plans to show llamas in future 4-H events.