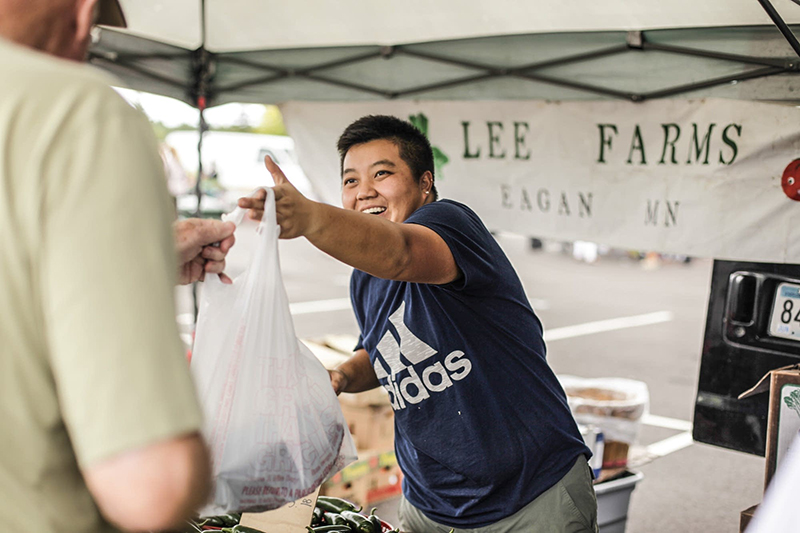 As Mao Lee’s parents get older, she’s taken on more responsibility for the family’s produce farming business, including a lot of physical labor.

But Lee, 28, also has a college degree in fish and wildlife, and she doesn’t know if she’ll be farming forever. The Lees rent land in Eagan, but even new farmers who inherit land face a host of challenges.

“The dollars involved in farming today are mind-boggling,” said Karson Duncanson, a farmer from Mapleton, Minn., who was thrust into a management role after his father was killed in a car accident in 2015.

Duncanson spoke at Farmfest in Redwood Falls earlier this month on a panel that explored the challenges of new farmers. He said with the prices of corn and soybeans down, he and his brother are just trying to break even. They rent equipment from a holding company. Duncanson says buying land isn’t an option for a lot of young farmers like himself.

“To have a beginning farmer expect to just be able to purchase all that land from the retiring generation isn’t really feasible anymore. You’ve got to think outside the box,” he said.

The U.S. Department of Agriculture estimates some 90 million acres of farmland will change hands nationwide in the next five years.

“There is no greater drama than what’s going on in the rural countryside right now on farmland transitions,” said Teresa Opheim, who wrote a whole book about the future of family farms in the Midwest.

A lot of farmland ends up being rented out or sold to the highest bidder, making it hard for beginning farmers to get started, she said. 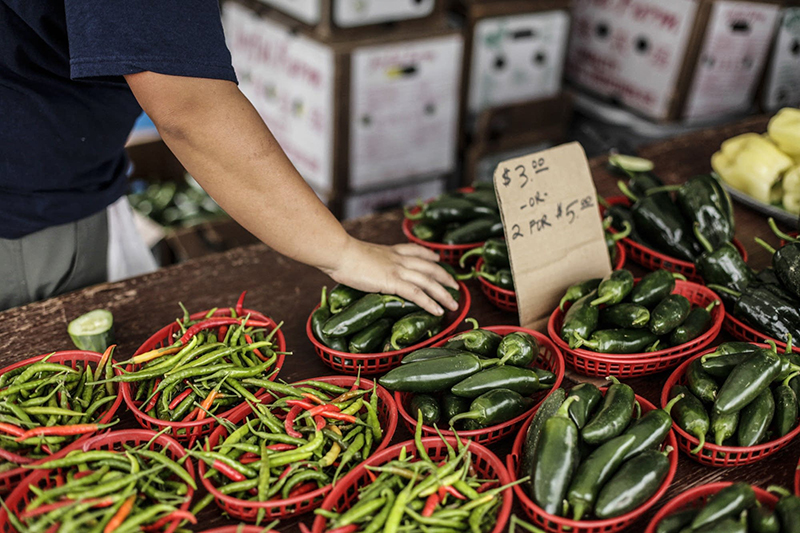 Equipment is expensive. For example, a Ziegler CAT tractor available for test drives at Farmfest costs about $350,000 — $100,000 more than the median price of a home in Minneapolis.

The land itself can easily go for more than $7,000 an acre, depending on which area of the state you’re in.

Having enough cash flow and access to land are the biggest challenges new farmers face, according to the National Young Farmer Coalition.

As more Minnesota farmers reach retirement age, the transition can also bring up plenty of emotions within a family.

Pam Uhlenkamp, a farm business management instructor in Mankato, said a lot of farmers want their kids to carry on the family legacy. But farming isn’t for everyone, she said, leading to tough conversations.

Uhlenkamp gave the example of a dairy farm she’s helping transition from one generation to the next.

“Every time I leave the farm, I ask the incoming generation, ‘is milking cows what you want to do every day of your life?’ Because I feel deep down in my heart it’s not what he wants to do, but he’s afraid to say it,” she said.

Other times, the children make it clear they don’t want to farm, and it’s tough for the farmer to let go.

“There are people coming up in the ranks that are so excited about agriculture and are so excited for the opportunities that lie ahead of them, even though it’s hard,” said Natasha Mortenson, a former agriculture instructor who works for Riverview, a large dairy company out of Morris.

Besides equipment costs and land access, farmers have to deal with a lot of uncertainty, said Val Aarsvold, executive director of the Minnesota FFA Foundation, which helps young people gain skills in farming and business management.

“They can do everything right, and then if the weather turns on them or the markets change, they’ve exposed themselves to a lot of risk,” she said.

“If you talk to young people who farm, there’s a twinkle in their eye as they talk about all the things they want to do,” Aarsvold said. “But there’s also that next part of the conversation of how do we get the money to start, how do we make good decisions to make sure the farm is going to feed their family?”

The challenges for new farmers are being addressed in various ways:

— Families without heirs or with children who aren’t interested in farming are being connected with young people who want to farm but don’t have land.

— An apprentice program started by dairy farmers in Wisconsin teaches new farmers about managed grazing, a practice that allows cows to roam around for their own feed, minimizing equipment needs for beginning farmers.

Opheim, who uses insights from her book about farm transitions as a senior fellow at the rural advocacy group Renewing the Countryside, said a strong interest among consumers and investors in sustainability is giving farmers new options to make it financially.

“The companies like General Mills just cannot get enough product to serve the consumers with the products they want,” she said, “so there’s a huge opportunity for those farmers who want to grow a more sustainable product.” 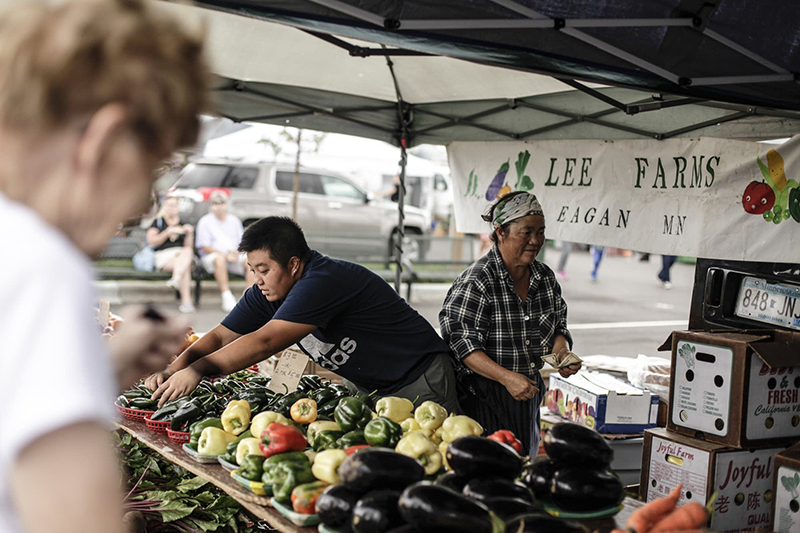