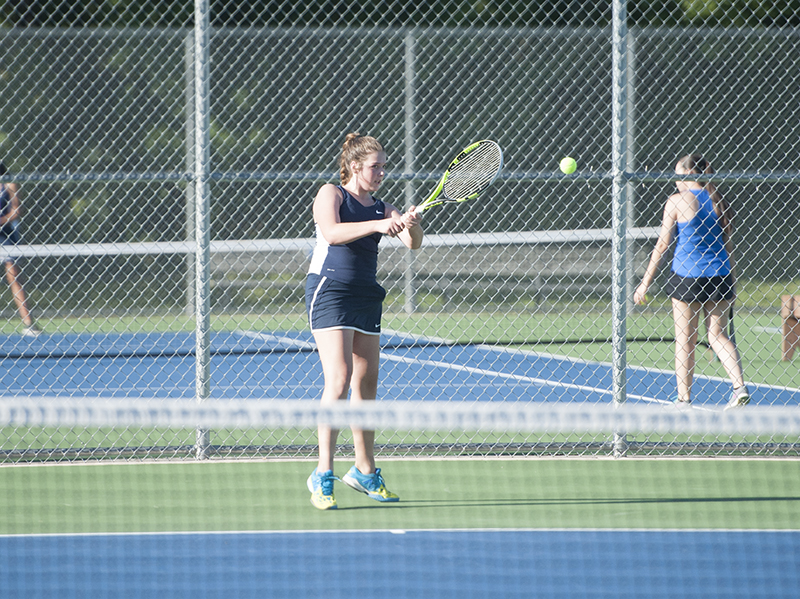 Albert Lea freshman Shelby Hanson returns a serve Thursday afternoon against her Owatonna opponent. Hanson had one of the most competitive sets of the day, but ultimately fell in two sets, 4-6, 0-6. - Tyler Julson/Albert Lea Tribune

The Albert Lea girls’ tennis team was unable to come up with a win at home Tuesday night against Owatonna. The Tigers lost to the Huskies, 7-0.

In doubles action were the duos of Sara Kabrud and Brooke Maier, Maddie Prihoda and Maggie Moller, and Kayla Christianson and Carly Talamantes.

Each team managed to win a few games, but each would fall in two sets.

The girl’s tennis team will be back in action on Thursday afternoon when it travels to Fairmont.