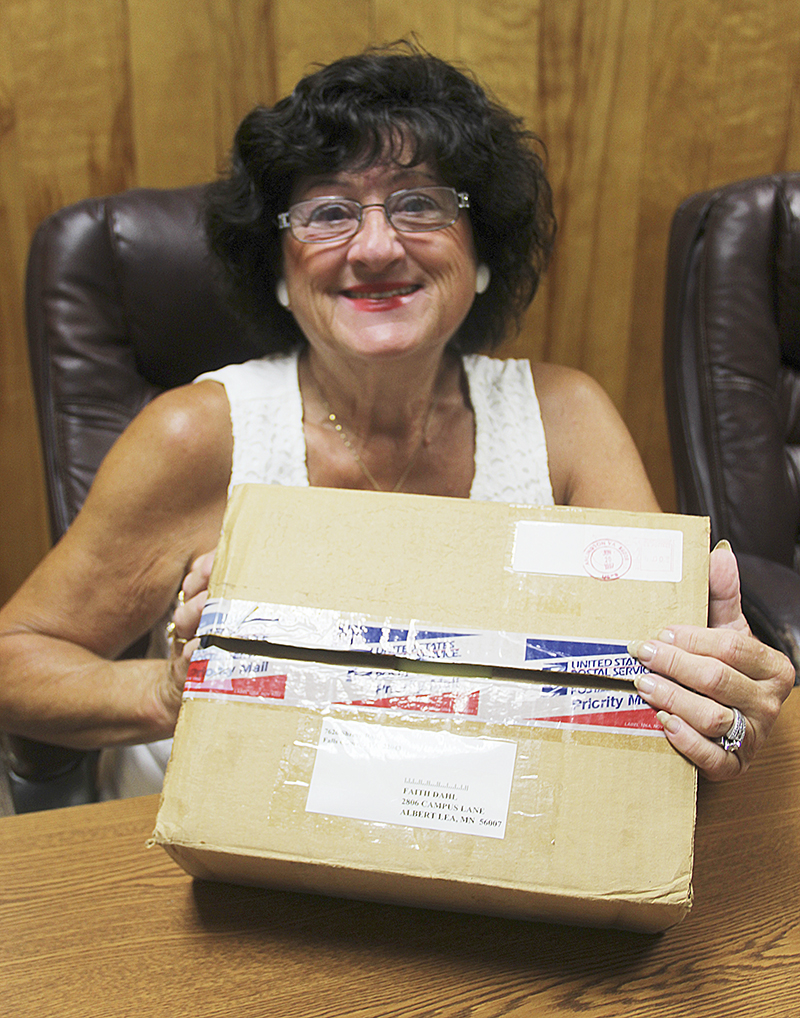 Faith Ryan of Albert Lea received a box last week that had been mailed 20 years prior. - Sarah Stultz/Albert Lea Tribune

A box mailed 20 years ago from Arlington, Virginia, has finally landed in the hands of its intended recipient in Albert Lea thanks to mail carriers at the Albert Lea post office.

Faith Ryan, who lives on Campus Lane, said she received the box a week ago from her mail carrier. Ryan said she initially thought it was a box sent by her son, Blane Dahl, as a late birthday present.

She looked at the address label closer and noticed that it contained her former last name and the address of a different house on the street where she used to live. In the upper right-hand corner was the date stamp of June 20, 1997.

Though the box, in fact, was from Dahl, he had sent it 20 years earlier.

Inside was a card with a check for Ryan’s birthday dated June 19, 1997, as well as some other products for her to try out such as bug spray and poison ivy lotion that she could have taken to her cabin. 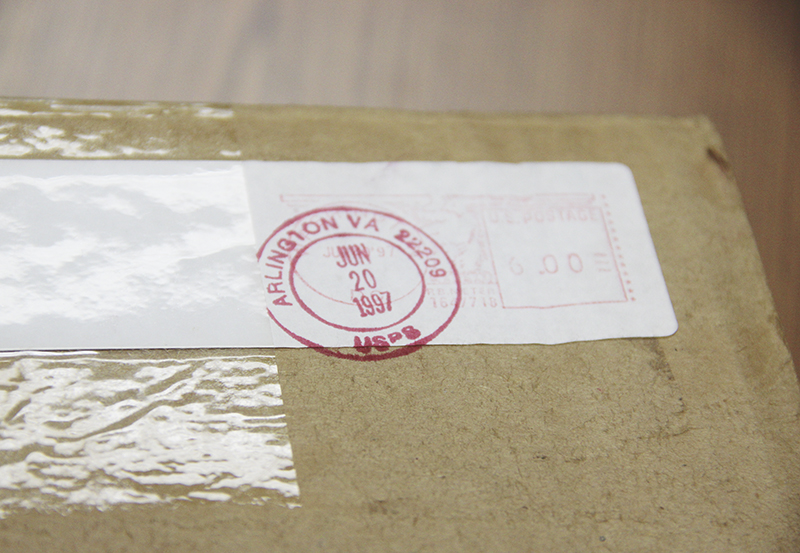 She said her son, who works for the United States Department of Agriculture, thought it was funny when she told him that she received it, as he remembered mailing it after work one day on his way home.

Ryan took the box into the Albert Lea post office earlier this week to find out the story of where her box had been and how it was delivered to her.

Albert Lea Postmaster Mark Anderson said the box had been delivered to Ryan’s mailbox initially 20 years ago. At the time, she and some of the other neighbors were sharing a cluster mailbox where they received flat mail at the top and packages at the bottom.

He said somehow the package was left in the bottom of the mailbox and ultimately got taken out and sent to another post office location in southern Minnesota for storage.

The employees at the other post office must have been going through their storage when they discovered the box and gave Anderson a call, he said.

He credited the carriers who work for the Albert Lea post office, many of whom are skilled at remembering maiden names, nicknames and former addresses of people in town for their jobs.

Ryan said no matter what happened with the box, she was grateful to find out the story behind it and have the surprise from her mail carrier, who is a substitute for her regular carrier.