An opportunity to ‘connect with the people’ of Albert Lea 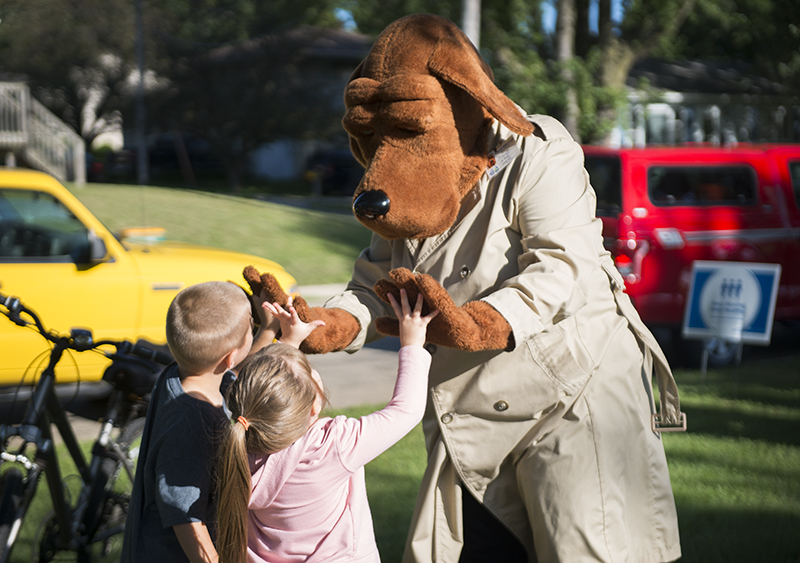 McGruff the Crime Dog introduces himself to attendees during a community picnic Tuesday at Wedgewood Park by the city of Albert Lea. There will be another neighborhood picnic from 5:30 to 7 p.m. Wednesday at Frank Hall Park. - Colleen Harrison/Albert Lea Tribune

The city of Albert Lea is reaching out to the community and providing a welcoming place to foster communication this week.

A neighborhood picnic was Tuesday evening at Wedgewood Park. Food and refreshments were served. City officials spoke with residents, and a playground at the park entertained children who attended the picnic.

Emmons resident Charlie Campos said he attended the event with his family to enjoy activities in the community.

“Maybe get to know a few new people, have snacks, introduce my boys to McGruff the Crime Dog … maybe just a general sense of getting to know more people and see what’s going on,” he said. 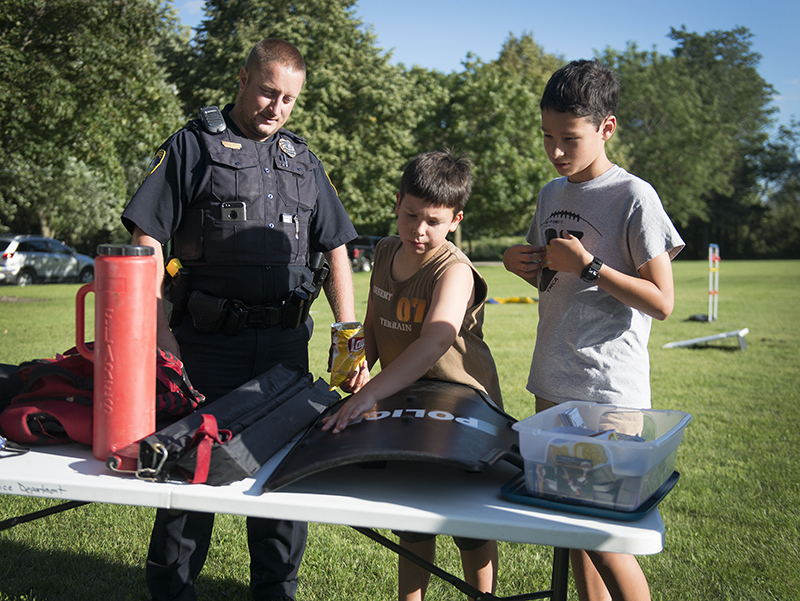 Campos said he enjoyed the event.

“My boys have been really enjoying it and having a good time,” he said. “They haven’t done any of the activities yet, but they (are) just playing on the ground and meeting new kids — it’s a great experience for them.”

Tuesday’s picnic was one of three such events planned this week. Monday’s picnic at Shoreland Park was postponed because of rain, and the third scheduled picnic is from 5:30 to 7 p.m. Wednesday at Frank Hall Park.

Albert Lea City Manager Chad Adams said the No. 1 question city representatives were asked at the picnic related to Mayo Clinic Health System’s planned transition of most inpatient services from Albert Lea to Austin, along with questions about other city matters.

The public appreciated the picnic, which serves as a good opportunity for staff and local officials to talk about concerns that affect the neighborhood and community, Adams said.

“It really gets us back to the grassroots of really visiting the people in really an informal setting so we can just visit,” he said. “We don’t have to be talking about issues or anything like that, so it’s really an opportunity for us to connect with the people.” 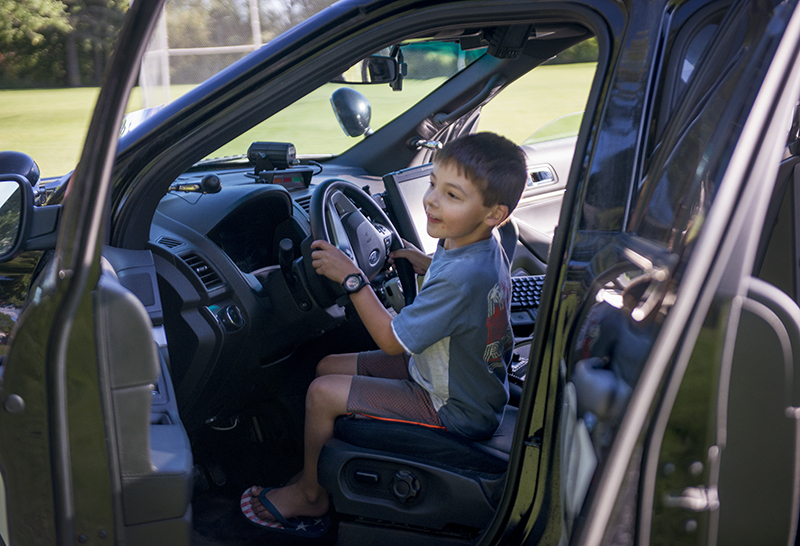 An Albert Lea police car was open for people to check out during Tuesday’s neighborhood picnic. – Colleen Harrison/Albert Lea Tribune