A Byron High School teacher suspended his campaign for the 1st Congressional District seat on Sunday.

John Wayne Austinson, DFL-Eyota, said several factors led to him suspending his campaign in an email announcing his decision. 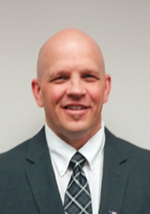 “This decision was not made lightly, because it is not that we ran out (of) energy, resources or supporters,” he said. “Politics are local, and as this race continues to unfold, several factors led me to believe that my resources, time and efforts will be more useful locally.

“As a person who believes in being authentic, I am not a fan of dark money, backroom agreements and misleading behavior, and I have come to realize the playing field I was on is not level. So, I am choosing to take an off-ramp from the current campaign trail and hope to find a different route where my efforts will be better utilized.”

As of Monday, Jim Hagedorn of Blue Earth was the lone GOPer to file for election for the seat. He was narrowly defeated last November by current 1st District Rep. Tim Walz, DFL-Minnesota, who is not seeking another term as he plans to run for Minnesota governor.

Austinson said he visited all 21 counties in the district over the last six weeks and attended “many great events that allowed me to meet some wonderful people across the district. I am truly blessed for that opportunity, and want to thank everyone for their graciousness towards me and my campaign.”