Bulldogs start season off with a win over the Warhawks 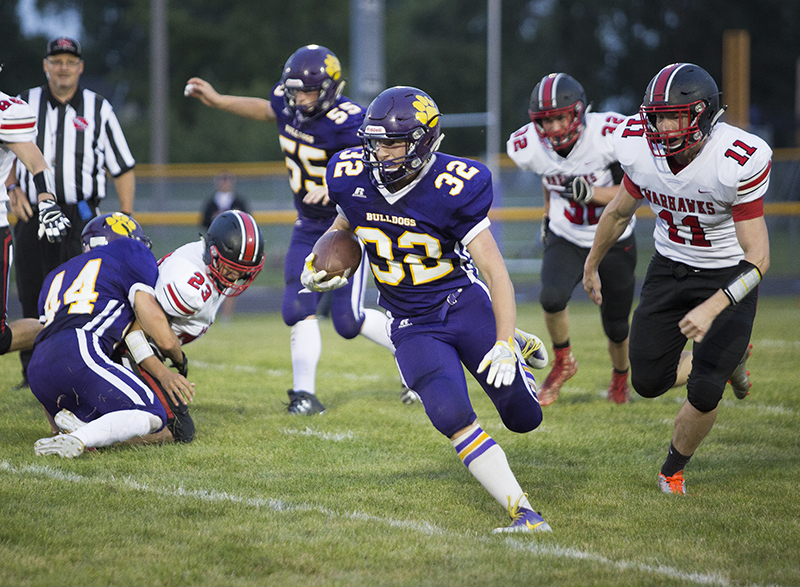 LAKE MILLS — It may have gotten off to a shaky start, but the season and home opener ended with a victory for the Bulldogs.

The Lake Mills football team defeated West Fork 21-12 at home Friday in the team’s first game of the season.

Starting quarterback Cael Boehmer got off to a bit of a rough start for the Bulldogs, but  eventually found his footing to tally 87 passing yards with one touchdown and one interception on the night for the Bulldogs.

Next, Lake Mills will go on the road to play Newman Catholic on Friday.