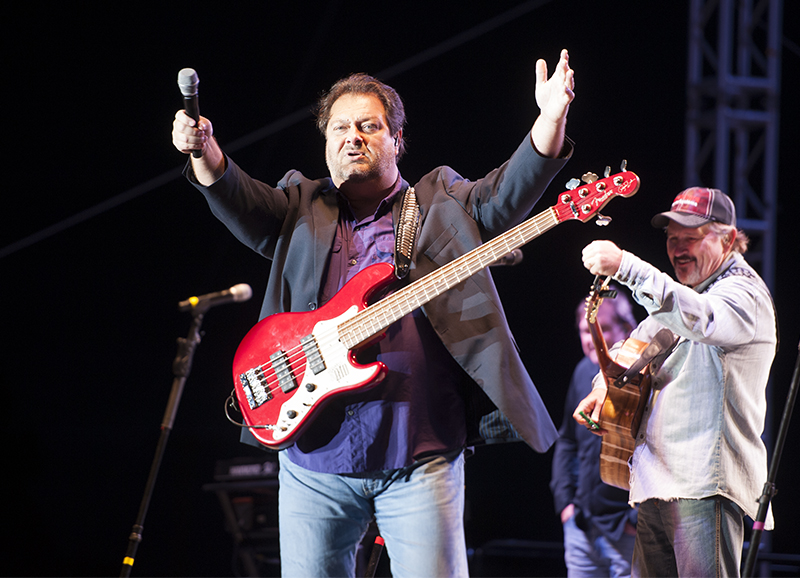 Dana Williams, the band’s bassist and baritone vocalist, leads the crowd in a sing-along for the chorus of the Diamond Rio hit “One More Day.” - Tyler Julson/Albert Lea Tribune

It was an uncommonly cold night for the beginning of August at the Freeborn County Fair, but that didn’t stop Diamond Rio and their loyal fans from rocking the Grandstand Thursday night.

The band started playing about 20 minutes past schedule due to a broken down bus earlier in the day, but the Grandstand at the Freeborn County Fairgrounds was nearly full when they opened up.

Once the crowd got nice and warmed up after a few songs, lead singer Marty Roe took to the microphone to share a few jokes with the crowd.

“We are so happy to be here in Minnesota,” Roe said. “But I thought it was supposed to be summer when we got here. Man, it sure is a little chilly.”

The cold weather was a running joke all through the night, but it didn’t seem to affect the band’s ability to dance and move around the stage.

After a few more lines from Roe, Diamond Rio slowed it down a little with two of their biggest hits — “One More Day” followed by “Beautiful Mess.”

With the a lot of the crowd on their feet, Roe started talking about how they still love to play their old songs, but want to play some new ones. This led to a medley of some of the band’s earliest hits all rolled into one.

A younger crowd had formed right below the stage where they stayed all night, dancing and singing along with the band.

After a few more songs, the band played a few cover versions of songs with a bluegrass twist. Songs included “Layla” by Eric Clapton, “Walk this Way” by Aerosmith, “Carry on my Wayward Sun” by Kansas and finishing that set off was “Born to be Wild” by Steppenwolf.

Diamond Rio then brought out arguably their most popular hit and debut single, “Meet in the Middle.”

After the band took a bow, they walked off stage, only to come running back on a few minutes later to “one more song” chants from the audience.

They played “Bubba Hyde” as their encore song to plenty of applause from the crowd.

For a band that has been playing since 1991, Diamond Rio still knows how to entertain their fans. The band had many on their feet from start to finish. 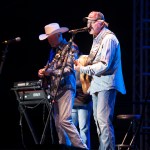 Diamond Rio’s lead singer Marty Roe gets lost in the music as the band performs their greatest hits during their concert at the Freeborn County Fair Thursday night. – Tyler Julson/Albert Lea Tribune 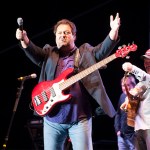 Dana Williams, the band’s bassist and baritone vocalist, leads the crowd in a sing-along for the chorus of the Diamond Rio hit “One More Day.” – Tyler Julson/Albert Lea Tribune 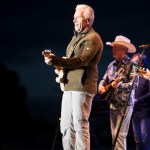 Jimmy Olander, Diamond Rio’s guitarist and a Minnesota native, rocks the crowd with one of his many guitar solos throughout the night. – Tyler Julson/Albert Lea Tribune