Duane Haukoos, 72, of Show Low, Arizona, died Wednesday, June 14, 2017, at his residence. A memorial service will be at 2 p.m. Sunday at United Lutheran Church in Walters. The Rev. Don Rose will officiate. Visitation will be one hour prior to the service at the church on Sunday. Interment will be at Walters Cemetery with military honors provided by the Walters and Kiester American Legion Posts. Bruss-Heitner Funeral Home in Wells is assisting the family. www.brussheitner.com. 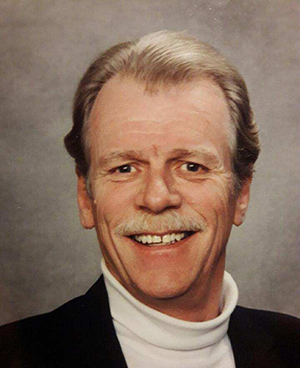 Duane and his twin sister, Diane, were born Dec. 16, 1944, in Minneapolis, to Margaret Haukoos. Duane was baptized and confirmed at Faith Lutheran Church in Walters. He graduated from Kiester High School in 1962 and enlisted in the United States Air Force. He served his country for four years and was honorably discharged. After driving semi cross country for several years, he moved to Denver and trained himself in commercial construction sales, continuing in this profession for the remainder of his career before retiring in 2004. His hobbies included hunting, fishing, golf, watching auto racing and rooting for the Minnesota Vikings and Minnesota Twins. In his later years, he enjoyed visiting by telephone with his many family members and friends.

He is survived by his son, Jason (Rachel) Haukoos of Evergreen, Colorado; grandchildren Landon and Kyler Haukoos; twin sister, Diane Langfald of Lake Mills; double cousins, Dennis (Joan) Behr of Madison, Wisconsin, and Jim Behr of Rochester; as well as many, many other cousins, nieces, nephews, their families and friends.