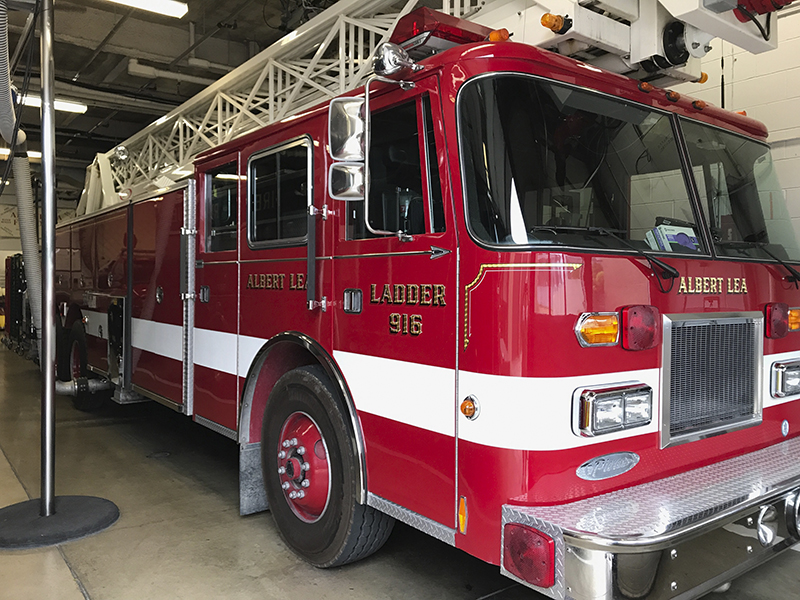 There has been lots of discussion in recent months about where to put Albert Lea’s new fire station.

Though the two sites city officials are considering both have pros and cons, the Tribune Editorial Board endorses putting the station on a portion of the Blazing Star Landing site.

This land has been sitting unused since the Farmland Foods fire of July 8, 2001. High hopes and dreams have been planned for this site, but now 16 years later, the land still sits empty. Putting the fire station at this site would raise awareness of this land and would likely prompt additional public and private development.

Another major benefit of putting the station at the Blazing Star Landing is that this land is already owned by the city, and it would need minimal site development. It would also allow firefighters to maneuver their equipment easier than the alternative location on East Main Street at the site of a Subway and former Domino’s Pizza building. Firefighters would be able to exit the station without being a potential hazard to people driving on Main Street.

Officials have said in the past that the East Main Street site could be as much as $1 million if the city had to purchase it — and that’s on top of the projected $7 million to $10 million structure. The project is expected to be paid for either with city general fund reserves, bonding or through other funding, with bidding and construction of the new station is expected in 2018, and the site is expected to be ready for use in 2019.

The only drawback of having the station at the Blazing Star Landing is that it would move the station to the edge of the center of the city, though firefighters have said response times would be minimally altered.

Whatever the city decides, we support the building of a new station just as we support our firefighters. Albert Lea needs a  larger space that is safe for these men, who sacrifice their lives at a moment’s notice for their community.