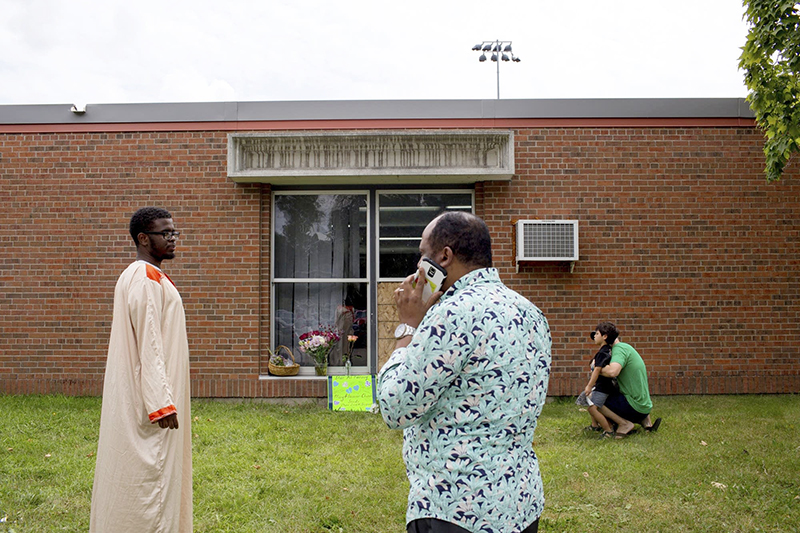 People gather outside of the Dar Al-Farooq Islamic Center in Bloomington on Aug. 6, where an explosion damaged a room and shattered windows as worshippers prepared for morning prayers early Saturday. - Courtney Pedroza/Star Tribune via AP

The FBI is offering a $30,000 reward for information leading to an arrest and conviction in this month’s bombing of a Bloomington mosque.

The bureau’s Minneapolis office tweeted the announcement Wednesday morning. Officials said the investigation remains their top priority, and they are offering the money to encourage more people to share what they know.

Amir Malik, civil rights director with the Minnesota chapter of the Council on American Islamic Relations, called the FBI reward a positive step.

“It shows the FBI is actively investigating the case,” he said. “I hope it will encourage people who may have been silent before … to give the FBI the information that they have.”

CAIR-MN and other community organizations are offering their own rewards for information in the mosque bombing. The total reward available now stands at $54,000.