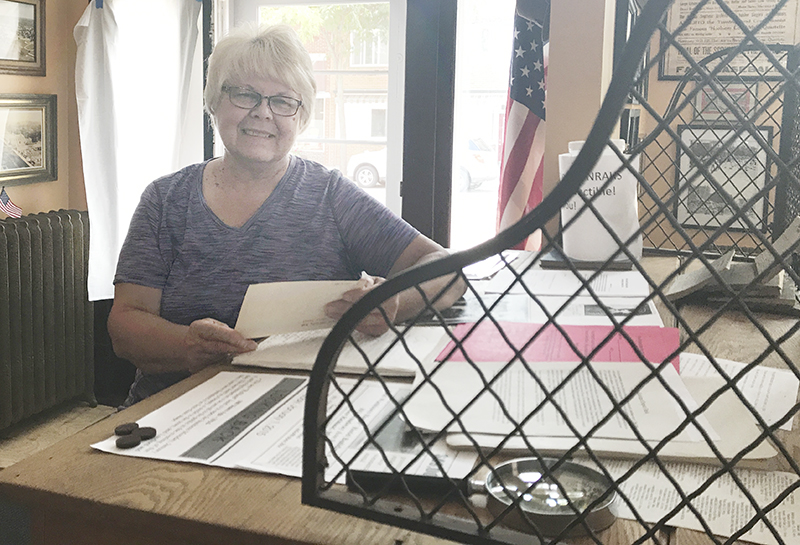 During the town’s annual celebration, Farm and City Days, the society was able to utilize its space in the front of the building to display many relics of the past, which have been collected by the organization’s members and donated by members of the community.

Those displays are temporarily being tucked away once more.

Since the event last month, some older cabinets have been purchased, which will be made into display cases, so the society isn’t ready to open its doors just yet. An official opening date and schedule for the facility has not been decided upon, either, as most of the work on its projects is done on a volunteer basis.

When the work is complete, the group will have plenty of items to showcase and are still open to accepting more donations.

“We have just about everything you can think of,” said Barb Wildgrube, president of the historical society. “We mainly are interested in pictures and oral history that can be written down — family history if you have it.”

A member of the historical society has already spoken with older members of the community to document some of the early memories they have of the town. However, area residents are welcome to document their own stories and submit them to the group. 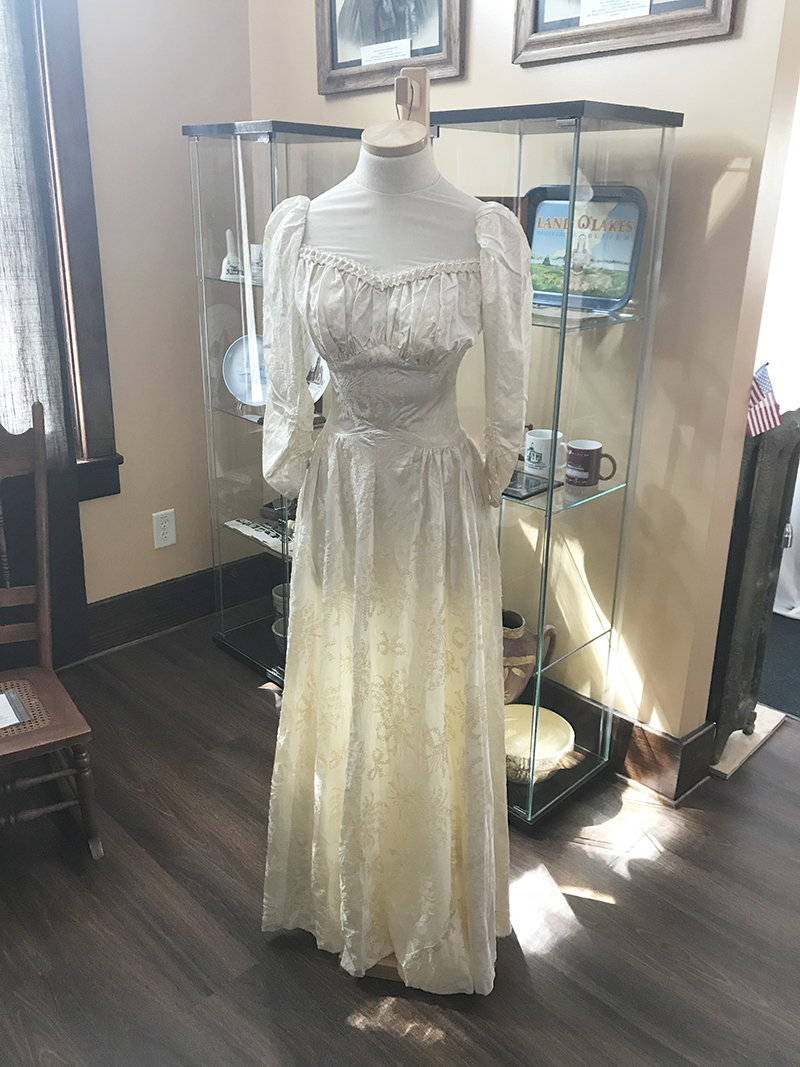 A handmade wedding gown from the 1930s was donated to the New Richland Area Historical Society by a member of the community. – Kelly Wassenberg/Albert Lea Tribune

Other items particularly sought out by the society are old postcards of town and advertising trinkets from businesses in the community, such as keychains or calendars.

According to Wildgrube, these items are solid proof that the business was once in existence.

The history of some of the items the society showcases are as long as the history of the town itself. They have two trunks that were owned by original settlers of the area when they immigrated to the United States, as well as the original desk from the old train depot, which Wildgrube estimates was built in 1878.

The desk was rescued from a train depot that was torn down in the 1970s. Then, the desk was sold at auction when Bruzek Hardware closed its doors in 1998. It was sold to a third party who kept the desk for a few years before putting it up for sale again. The auctioneer, knowing Wildgrube was interested in the desk, contacted her so she would have the opportunity to bring the desk back to the community.

The depot desk is one example of something the group decided to purchase for the museum. The group has also bought old postcards of town, which are often found on eBay. These funds come from various sources, including the United Way, grants from the New Richland Area Initiative Fund and community donations.

Finally having a permanent home has been a relief for Wildgrube, who explained the group had been allowed to keep many of its items at the building prior to the bank donating its space, but there was always a sense of fear that swelled up at the thought of having to move out as the building continually changes ownership.

Now that the group has its own designated spot, she said she no longer worries about what the group could do or where these items would go if they were asked to vacate the space.

For more information on the New Richland Area Historical Society or to donate items to the organization, call Wildgrube at 507-463-8454.