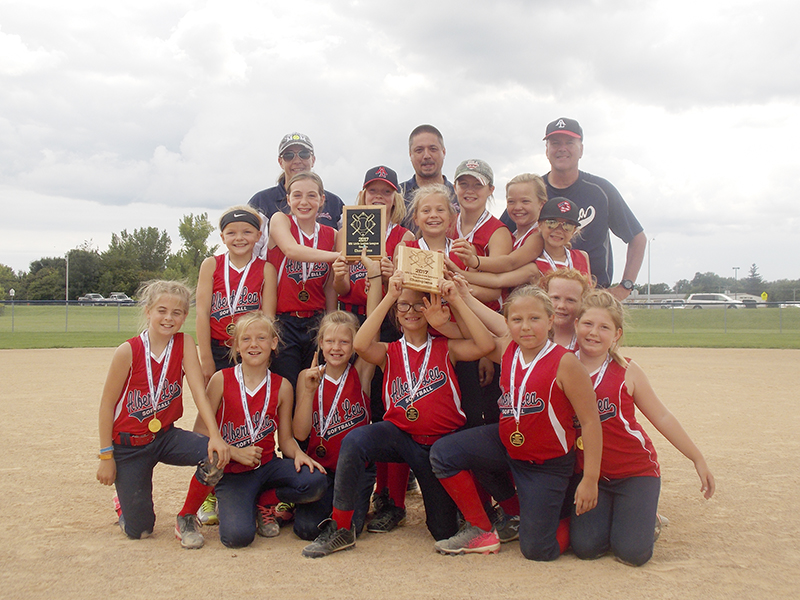 After capturing first place in the regular-season Kasson-Mantorville Little Ladies fastpitch softball league with a record of 11-1, the Albert Lea 10U Blue girls’  team captured the league playoffs in Kasson by winning four straight games on Aug. 5, according to a press release.

In the beginning of pool play, the girls defeated Stewartville White 10-1. They next defeated Kasson-Mantorville Force, 4-2.

“It was a very exciting day for the girls,” coach Tom Jones said. “They pitched well, fielded well and got timely hits that all added up to the championship.

“We have some outstanding numbers in our youth program now, which is great to see. It was a fun summer for all our girls and coaches.”