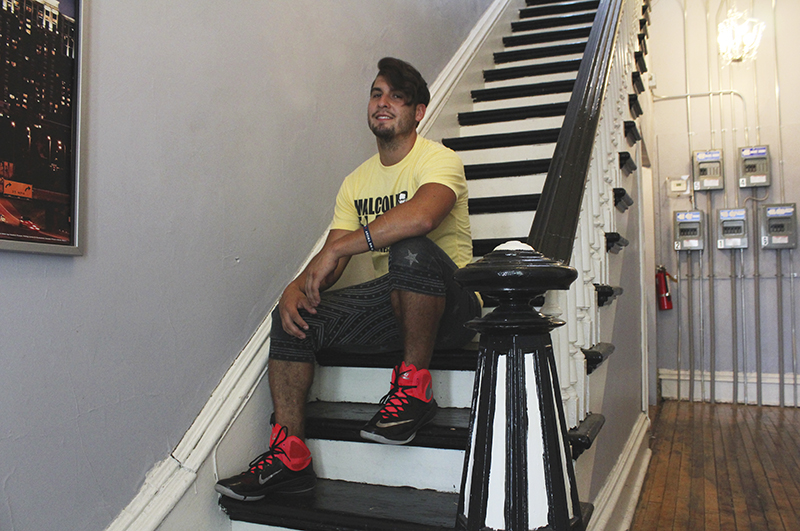 Damian Montes is one of six artists that will be featured in next weekend's local Hip Hop Homecoming event in Albert Lea. Montes is a graduate of Albert Lea High School. - Evelyn Seffinga/Albert Lea Tribune

A newly started record label will present a one-time only hip-hop show in Albert Lea next weekend.

Six artists will take the stage in a performance dubbed “Hip-Hop Homecoming.”

Rappers LiMiT, Levi West, Sota Red, DaboFlai, Z3L and Murphy will perform with the goal of bringing their love of hip-hop to Albert Lea.

Each artist is local and works on his own independent music.

The event was organized by Albert Lea native Logan Tovar, 21, who goes by the rap name of LiMiT, and his recording partner, Levi West. The pair organized the event for exposure in an attempt to start a hip-hop movement in their hometown.

After dropping their record label, Tovar and West decided to start over.

“We left a bigger label out of Minneapolis because we were not getting what we were promised,” Tovar said. “We were going 25 percent, and now we are going 100 percent.” 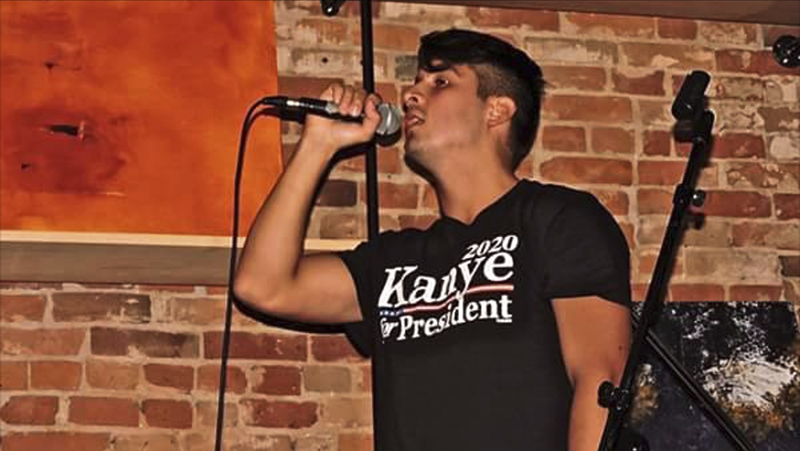 Tovar said he is excited to bring exposure to hip-hop in Albert Lea for many reasons.

“There is not a lot of love for hip-hop here — everyone likes country and other things,” he said. “I want to change the face of that in Albert Lea.”

Tovar said he is particularly excited about the performance next weekend because he said Albert Lea is where his roots are.

“I see a lot of people leave, and I would like to change that,” Tovar said.

Like most artists, Tovar’s story with music was was not an overnight success. He said lately he has invested more into his craft with the purchase of better recording equipment and reaching out to other artists.

“I started recording music nine years ago — I just used my grandma’s laptop and used the existing microphone on the computer,” Tovar said.

Tovar looked for other local artists online that would be interested in collaborating with him in both making music and performing in the Hip-Hop Homecoming event.

“(Albert Lea) is where I was born and raised; I want to put on for my hometown,” Tovar said. 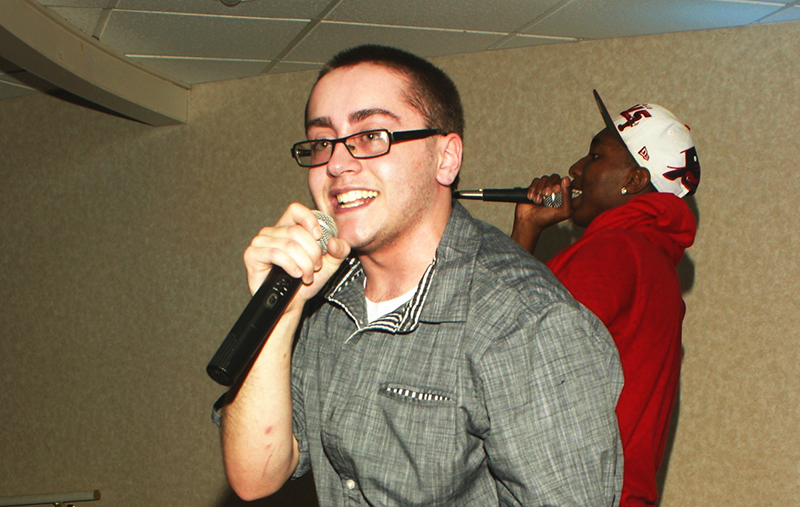 Tovar said he is looking forward to his own set next weekend, although he is particularly excited to see other artists perform, collaborate and get exposure.

Damian Montes, 25, is a rapper who goes by the name DaboFlai. He works as a youth care professional at Gerard Academy in Austin, but said he has been recording music for a little over three years.

Montes is a graduate of Albert Lea High School. Much like Tovar, Montes said he started with simple equipment and little exposure. Tovar reached out to Montes to invite him to be a part of the Hip-Hop Homecoming show.

Montes released a song July 31 titled, “Trust Me, Ima’ Win” featuring LiMiT. The pair collaborated after coming into contact online, even though they attended the same high school.

Despite the similar interests, Tovar said he did not know Montes in high school because they were a few years apart.

Montes has recorded a music video for his song “Stayin’ Eazy” that has been uploaded to YouTube. The video was produced in November 2015 in downtown Albert Lea.

Fellow artist Brady Loch helped direct the video, which has had more than 9,330 views since production.

Montes recently performed in Albert Lea at the Save Morin Park Celebration. Montes said he had forgotten how much he enjoyed being on stage and that he was surprised that the time passed so quickly while performing. He said he wanted to keep going.

“The hardest part about getting started in a smaller town is the lack of a chance to perform,” Montes said. “It is just a chance for everyone to come together and show their songs.”

He said he knows other performers from the area who moved to larger, more urban areas because they cannot find a fan base in a small town.

“I have always had rap as something that I have done, but I didn’t take it as seriously as I have been taking it this year,” Montes said. He has lived in Rochester, Austin and Albert Lea, which he said has helped him keep going with rap because he is able to meet more people.

“It is easier to get to know people in a small town,” he said. “Some of my best fans are people who I have just met at the bar or out playing basketball. I have noticed that when I try to put my stuff online, people are only listening because you are telling them to, not because they have an interest in you.”

The collaboration of the local rappers will be only half the fun next Saturday night as there will also be an open mic session, rap battle and a skit at the event.

Montes has plans to debut a few new songs that no one has heard at the event.

Hip-Hop Homecoming is hosted by Luis Hidalgo. Isaiah Kessel of DJ Kessel Entertainment in Albert Lea will provide the sound for the rappers performing at the event.

“I like that this is happening because it is a chance to make (hip-hop) fun for everyone,” Montes said.

The Hip-Hop Homecoming event will be from 7 to 11 p.m. at the Big Island Bar Event Center attached to America’s Best Value Inn on Aug. 12.

Tickets for the event cost $8 at the door and all ages are welcome.

Where: Big Island Bar and Event Center in Albert Lea

How much: $8, purchased at the door the night of the show