No one injured in crash with bus 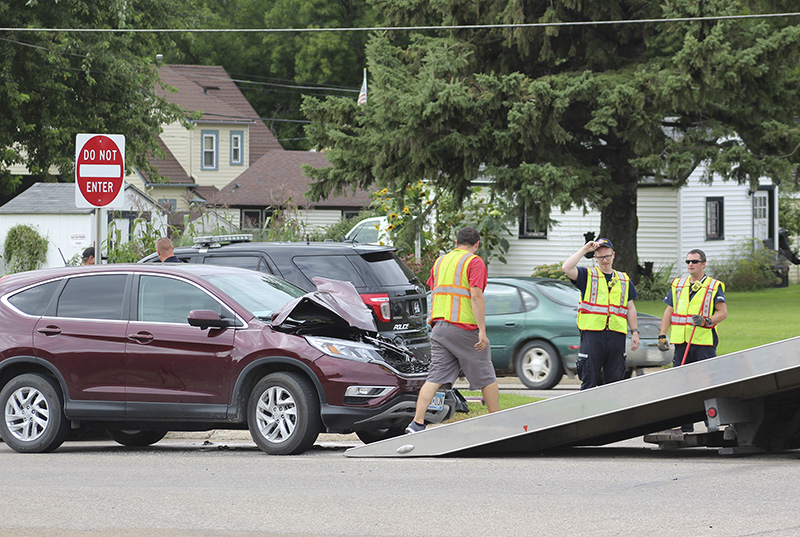 A vehicle is loaded onto a tow truck Monday afternoon after a collision with an Albert Lea school bus on East Main Street at the intersection with Ulstad Avenue. The bus driver pulled off onto Stevens Street. Sarah Stultz/Albert Lea Tribune

No one was injured Monday afternoon when a car and an Albert Lea school bus reportedly crashed on East Main Street near the intersection with Ulstad Avenue.

There were about 30 students on the bus at the time of the crash, and the students were transferred over to another bus or released to parents, according to an Albert Lea Bus Co. spokesman. A few students reportedly had aches and pains, but as of press time, no one had been taken to the hospital. 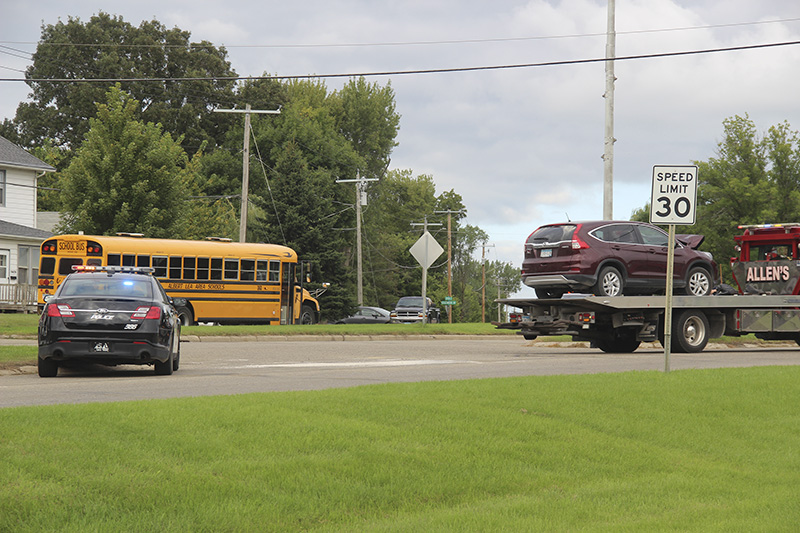 A car that collided with a school bus Monday afternoon on East Main Street is taken away by a tow truck as the bus sits parked on Stevens Street. Sarah Stultz/Albert Lea Tribune

Albert Lea police stated Delbert Simpson, 68, of Albert Lea, was the driver of the 2016  Honda CR-V that collided with the bus.

The driver of the school bus was listed as Randal Tiegs, 65, of Glenville.

Both vehicles  appeared to be driving east on Main Street, police stated. Other details about how the crash took place have not been released.

The crash remained under investigation as of press time, and the bus will be inspected by the Minnesota State Patrol.

Look to albertleatribune.com for more information as it becomes available. Police anticipated full details would be available Tuesday morning.