Opening a new chapter for Northwood-Kensett 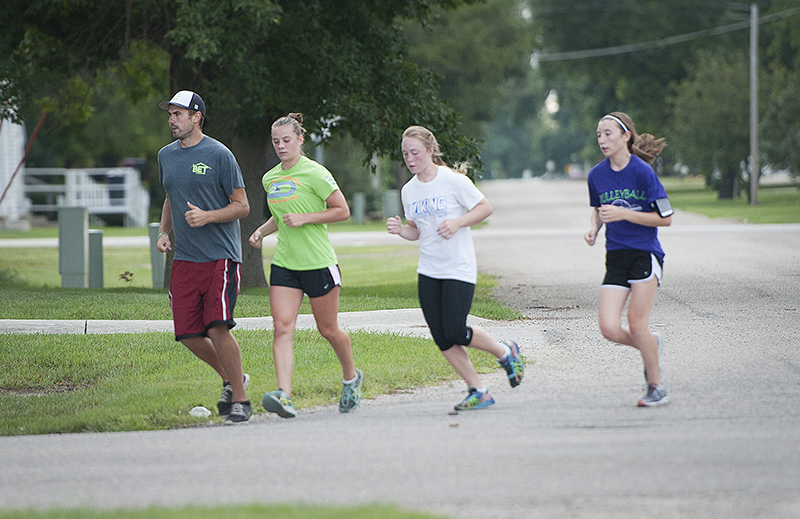 Head coach Brendan Ehlke runs with the girls on their cool down jog to end Friday’s practice. From left are Taylor Jorgensen, Ivy Rollene and Lindsey Davidson — the only three girls out for the team so far. - Tyler Julson/Albert Lea Tribune

Northwood-Kensett is training athletes for its inaugural season of cross country. Due to this being the first year for the program, there are only a handful of athletes practicing so far.

However, head coach Brendan Ehlke said that once the school year gets started, he thinks there will be more students joining. 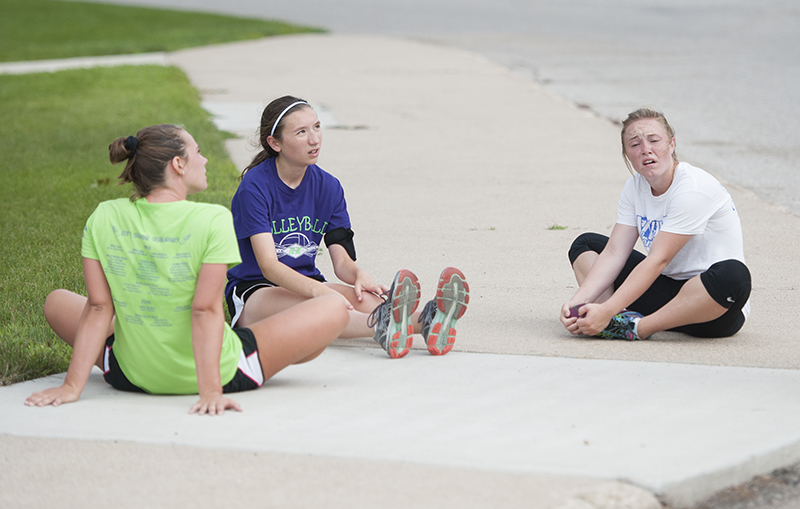 Ehlke doesn’t have any huge goals for the season just yet, but he and the team have about the same expectations.

“My expectations for the season are to try to set the foundation for our new program, while having the kids compete to the best of their ability and have fun doing so,” Ehlke said. “My goals include seeing improvement from every athlete throughout the season, as well as competing at the meets we go to throughout the season. Many of the athletes have echoed the same sentiment throughout the early days of practice.”

As of now, there are five athletes on the team — three girls and two boys. The girls include seniors Taylor Jorgensen, Ivy Rollene and sophomore Lindsey Davidson; and the boys are Nathan Henneman and Jeff Yezek.

Ehlke said that numbers are the obvious weakness of the team, but that the team does have some experienced runners. 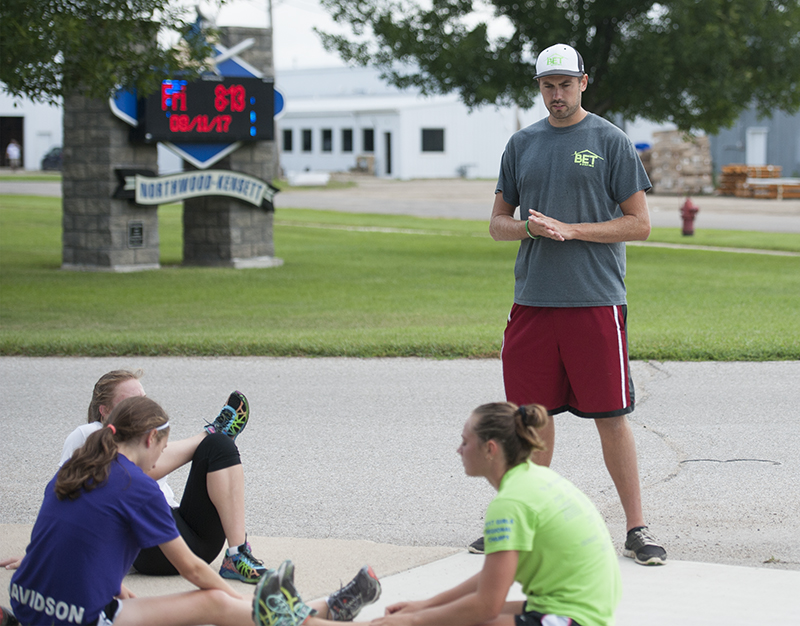 Coach Brendan Ehlke talks with the team after wrapping up practice. All three of the girls currently out for the team qualified for the state track and field meet in 2016. Ehlke hopes to see that translate into the cross country program. – Tyler Julson/Albert Lea Tribune

“Our biggest weakness will be numbers,” Ehlke said. “It will be hard to compete as a team until we get more student-athletes out for the sport. As for strengths, we have a good nucleus of experienced runners from (track) last spring, so that should help make the transition easier for our program.”

The Vikings will not have a meet at home this year, but once they see how other meets are conducted they hope to host one themselves next season.

Northwood-Kensett will open its season on the road at 4:30 p.m. Aug 29 at Mercy Medical Center in Mason City. 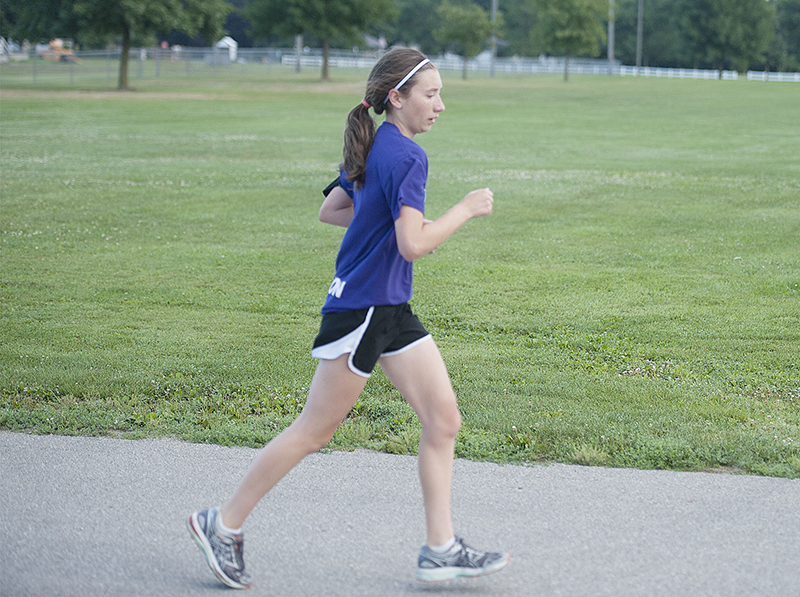 Lindsey Davidson runs laps around the Fairgrounds in Northwood Friday morning. Davidson, a sophomore, is also a long distance runner on the track team in the spring. She made it to the state meet in the 3,000-meter run last year. – Tyler Julson/Albert Lea Tribune