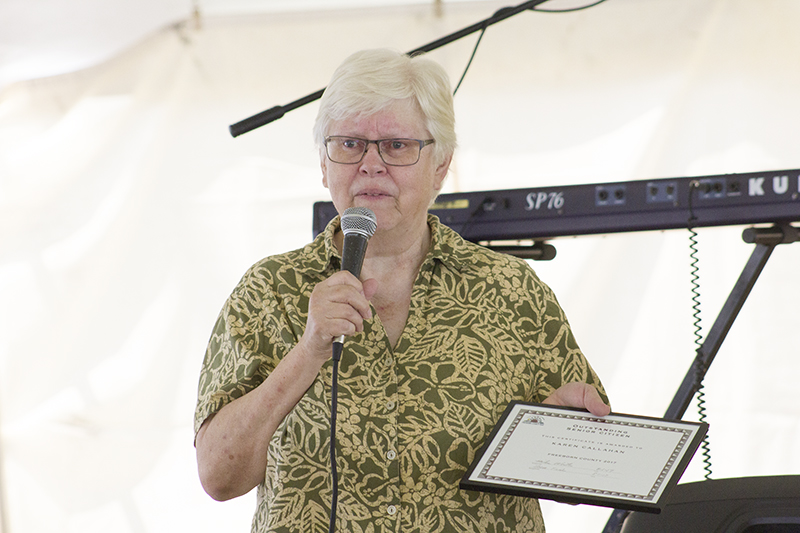 2 recognized for efforts to better the Albert Lea community

Two local residents who have donated time to bettering the community were honored for their efforts on Wednesday at the Freeborn County Fair.

Arends, 83, a retired businessman, founded the Albert Lea Education Foundation, Albert Lea Pathways to Success program, Experience Albert Lea and was one of the founders of Albert Lea-Save Our Hospital.

“After retiring from Alliance Benefit Group, Al has immersed himself into volunteering and creating new opportunities to make life better for us in Albert Lea, Freeborn County and southern Minnesota,” said presenter Susie Petersen, executive director of the Albert Lea Convention and Visitors Bureau. “As a former educator, Al is passionate — passionate, about education.”

Arends is an active member of Grace Lutheran Church, and has served as past chairman of the Freeborn County GOP and board member for Interstate Power and Alliant Energy.

Arends recalled when he packed his family to look for a house in Winona.

“They did not want to leave Albert Lea, and that was the best thing that happened to me, because I listened to them finally and came back here,” he said.

Arends thanked former state Rep. Paul Overgaard for the work he has done in the community, as well as Arends’ wife of 63 years, Patricia.

“There’s been several times when there’s been bumps in the road for us financially and looking for work,” he said. “But she’s always been behind me, and that’s been very important.” 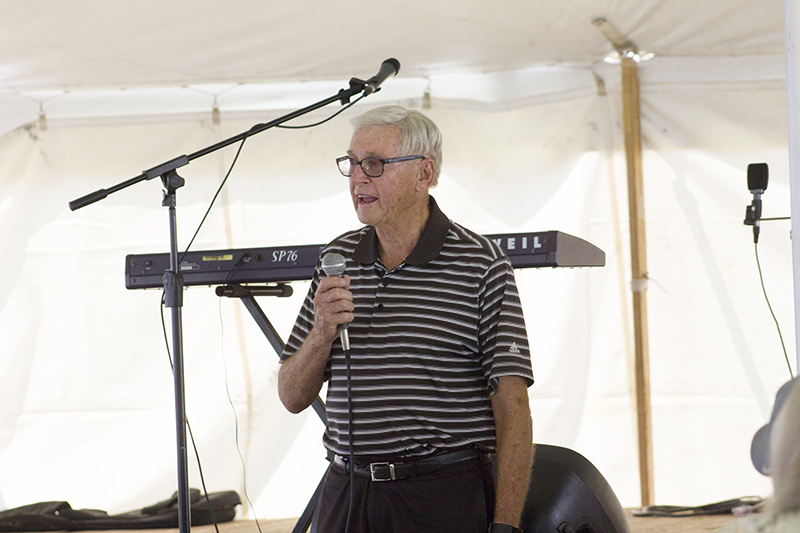 “Our family came here from Iowa,” he said. “I wouldn’t want to be in any other place than here right now. We have people here — I was talking about our effort to save our hospital, and I said, ‘What do I have against a giant corporation that has a giant foundation?’ And I said, ‘We are the little people. We don’t have any big corporation to fall back on. It’s the people in Albert Lea that get up and do things. And I am proud to able to say I am from Albert Lea.’”

Callahan, who grew up in the area and spent most of her working life in Los Angeles, moved back to the region after retiring in 1998.

“I didn’t really intend to become a volunteer, but it just kind of happened,” she said.

Callahan started volunteering at what was then the Story Lady Doll and Toy Museum in Albert Lea. The toys and dolls are now at the Freeborn County Historical Museum — where Callahan now volunteers.

She also volunteers her time at Fountain Lake Bookstore and Shades of Jade Garden Club, pulling weeds at Higbie Gardens, and is on the Albert Lea Community Education Advisory Council.

“I want to thank those who nominated me and also those who voted for me,” she said before the ceremony. “I know I am not the only one in town that deserves an honor like this, but I really appreciate it.”

Petersen said Callahan is an active board member at the museum, has been “instrumental” in creating and maintaining the doll display and has volunteered for Autumn in the Village and Discovery History Days — an event at the museum in which 11th-grade Albert Lea High School students dress in period clothing and teach fifth-grade students about various aspects from the 1850s to 1900s.

“Karen makes these organizations an important part of her life and has made a difference in the lives of many,” Petersen said.

Callahan — who has a small acreage west of Albert Lea — said she moved back to the community because it was home.

“Most of my family is here,” she said. “I have a lot of relatives and friends here — more friends now, since I’ve been volunteering in different places.” 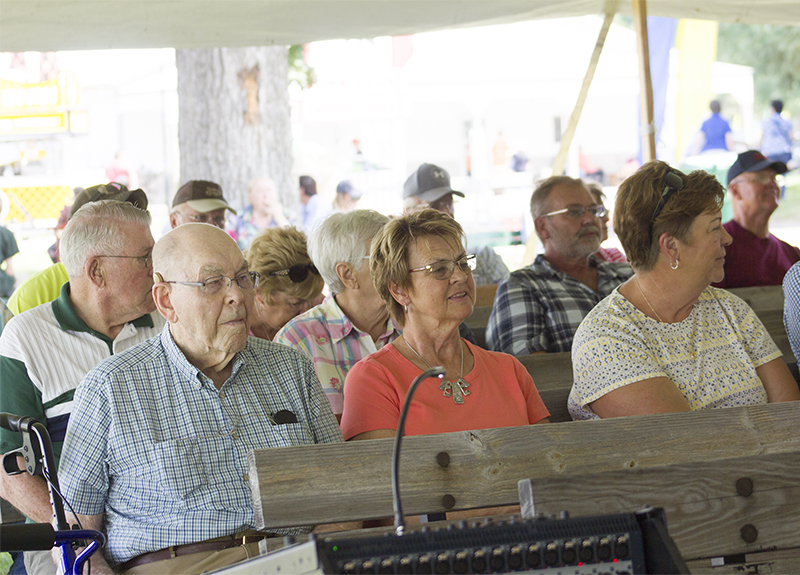 People attend the recognition ceremony on Wednesday for the Outstanding Senior Citizen, century farms and inductees into the Agriculture Hall of Fame. –
Sam Wilmes/Albert Lea Tribune