A celebration of life interment service will take place in honor of Ron and Geri Jensen at noon Sept. 8 at the American Legion in Alden beginning with a family and friends gathering. The funeral procession and interment will be at 1 p.m. at Alden Cemetery, followed by a luncheon and fellowship at the Alden American Legion.

Ron and his wife, Geri, were married for more than 60 years, a milestone and standard they were very proud of. 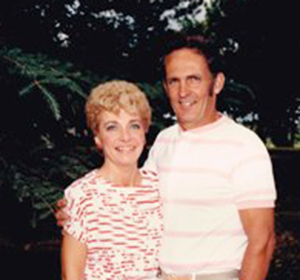 Ronald and Geraldine are preceded in death by their parents Alfred and Violet Jensen and Richard and Vanda Pedersen.

The family requests memorial donations may be given to Essentia Health – St. Mary’s Foundation in Detroit Lakes or Sacred Heart Catholic Church in Frazee.

Ronald Allen Jensen, also known as “Ronnie” or “Pete,” passed away, on Friday, June 10, 2017, at Tomah Veterans Administration. He was 78 years of age.

Ron was born into this world to Alfred and Violet Jensen on May 6, 1939, at Naeve Hospital in Albert Lea. Ron was preceded in death by his wife, Geraldine (Geri) Jensen, who passed away on Thursday, Nov. 9, 2016, at St. Mary’s Essentia Health in Detroit Lakes.

Ron grew up in the Minnesota communities of Alden and Conger. He was a star athlete in football at Alden High School, married Geraldine Ann Pedersen and entered the United States Air Force following graduation.Ron and Geri had two daughters, Susan and Faith. Ron was a retired veteran from the United States Air Force, a patch he wore proudly. Ron was known for his work with youth groups through school, the job corps and church. His knowledge of gardens and lawns was well known throughout the region. Ron helped to establish the park for the Frazee Mill from a lumber industry from ages past. He was also known for his famous quote —  “How far would you have been before I called you back?” “Don’t take any wooden nickels,” “Peace be with you,” and of course, “Keep smiling!”