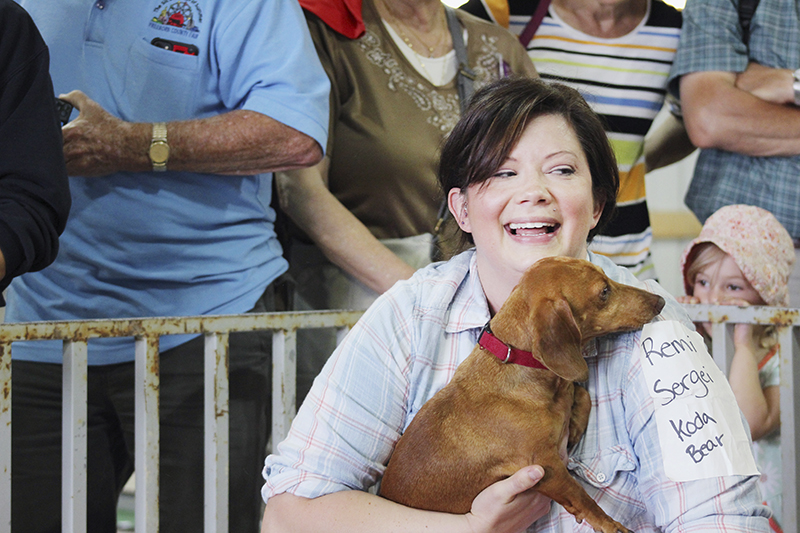 Jessica Huston is proud of her dog after Sergei crossed the finish line with ease Saturday at the Freeborn County Fair. - Evelyn Seffinga/Albert Lea Tribune

After months of intense training, nine athletes lined up Saturday to test their speed, stamina  and concentration in the Kids Zone at the Freeborn County Fair.

About 100 people gathered in the North Pavilion to watch the second annual Wiener Dog Dachshund Dash. The event was hosted again this year as a fundraiser for the Humane Society of Freeborn County.

“You know, wiener dogs are just hilarious little dogs,” said Laurie Magnus, the master of ceremonies and representative for the Humane Society. “Sometimes they will run, sometimes they won’t — they do funny things.”

Magnus said there are wiener dog races across the state of Minnesota, and she and her colleagues thought it would be a fun event to add to the fair to raise money for the animal shelter.

“We thought maybe we’d try it here, too,” she said.

The contest took a double-elimination format with both a winning and consolation bracket. The competitors were Rossco, Timmy, Sergei, Cooper, Koda Bear, Jake, Remington, KAM and CoCo.

Pairs of owners split up on each end of the approximately 50-foot linear track, started a ready-set-go cadence, and the pups were off. Each owner had their own strategy to take home the win Saturday, including bribery, good luck kisses, extra attention and pre-race pep talks.

The atmosphere was competitive as each heat lined up for their head-to-head races — although, focus seemed to be an issue for some of the athletes. Whether they were trying to make new friends or wanted to take a bite out of their competition — critics might say the wiener who crossed the line first was on occasion accidental.

The dogs who lost their races would likely cite distractions such as actual hot dogs, smiling children and the laughter surrounding them.

In the end, the wiener dog by the name of Sergei was the ultimate victor. Sergei was rewarded with hugs, kisses and pictures taken of him from strangers.

There was an entrance fee of $5 for each dog to be entered in the races. Even though there weren’t as many dogs entered in this year’s contest, the organization raised about $150 as of race time.

Sergei the wiener dog declined to comment after the races, presumably due to exhaustion. 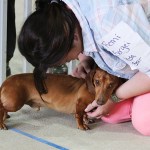 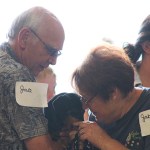 Jake the wiener dog gets a pep talk from his owners Saturday before his race at the fair. – Evelyn Seffinga/Albert Lea Tribune 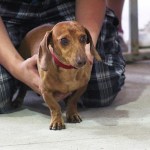 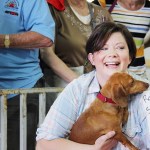 Jessica Huston is proud of her dog after Sergei crossed the finish line with ease Saturday at the Freeborn County Fair. – Evelyn Seffinga/Albert Lea Tribune 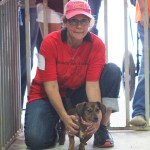 CoCo lines up with his owner Saturday for a preliminary heat of the Dachshund Dash races in the Kids Zone. – Evelyn Seffinga/Albert Lea Tribune 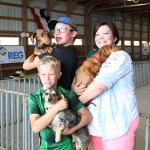 The Huston family pose for a photo with their dogs after the races Saturday. – Evelyn Seffinga/Albert Lea Tribune