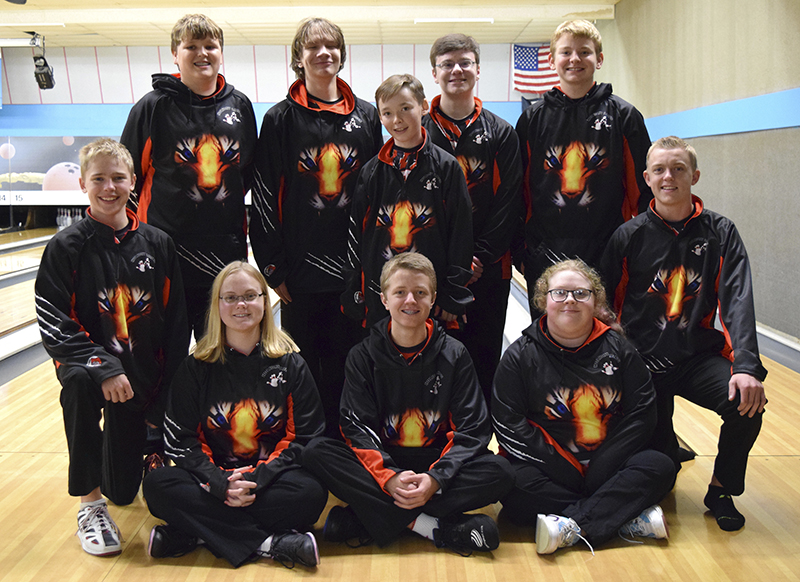 The Albert Lea bowling team has just started practice for the 2017 season. It will have its first competition on Sept. 9. Pictured, back row, from left, are Ethan Attig, Spencer Larson, James Amarosa, Landon Kircchner and Brandon Espe; middle row, from left, are Blake Grunzke and Caden Reichl; front row, from left, are Cassi Deal Rasmussen, Scott Gilbertson and Tiffany Hallisy. - Provided

The Albert Lea bowling team is eyeing a top spot in its conference in 2017. After the success of the junior varsity team the past couple of years, the squad is very optimistic now that its taken on varsity roles.

Although the team isn’t affiliated with the high school, that isn’t enough to stop the Tigers from competing.

Loren Kaiser has coached the team since the early ’90s. He said he has seen many great teams and individuals come through the program over the years. He hopes this year’s team has the makeup to make some noise in the conference this year. 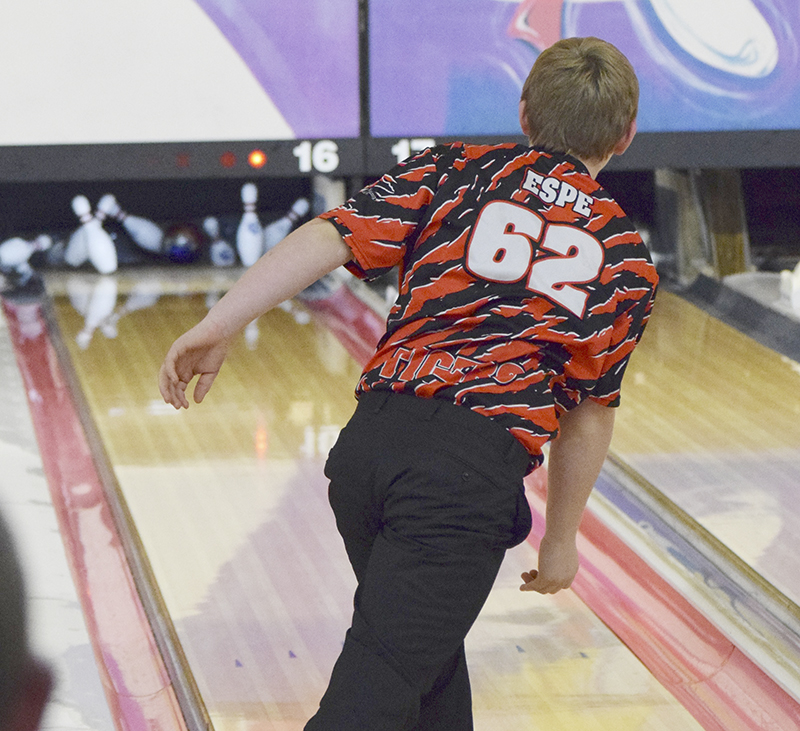 Eighth-grader Brandon Espe bowls a perfect strike during a competition in 2016. He returns to the team this year in hopes of building off last year’s success. – Provided

“I’m hoping that there will be about eight teams in the conference this year,” Kaiser said. “I expect us to finish right up at the top; I think we’ll be either first, second or third.”

There are only nine bowlers out for the team so far this year, but the ones who are out come with some experience. Kaiser said his junior varsity team has taken third place in the state the past two years. Now, those bowlers are the core of the varsity team and they look to be in good position to take a leading role in the conference.

The team only graduated two seniors from last year’s squad and has just one senior on the team this year. Most of the team is made up of talented underclassmen, meaning it has potential to be dangerous for multiple years.

Kaiser said it’s not too late to join this year’s team, and anyone is welcome to join. The team competes every Saturday and practices are usually once a week. Even if a student is participating in another sport during the fall, they are still encouraged to join the team.

“We take any skill level,” Kaiser said. “Any skill level can play on the junior varsity team. We don’t care how, where or why you throw the ball. We want kids on the team.”

If interested in joining the team, call Holiday Lanes for more information.