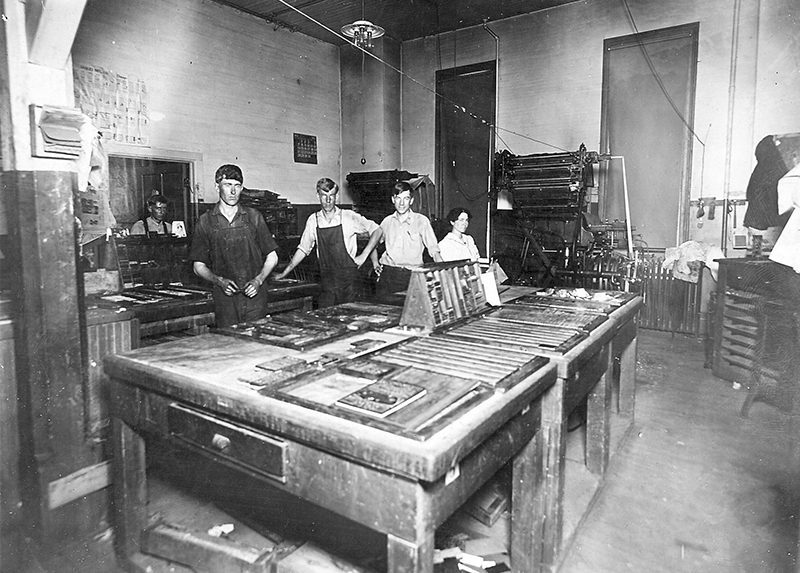 Back in 1913, the Albert Lea Tribune was in the building at the corner of West College Street and South Broadway Avenue, across from the courthouse block and the Broadway Theater. This photo was taken in the composing room when the type was set by hand. Now this process has been replaced with computers. -Photo courtesy Freeborn County Historical Museum

This week, more than 200 newspapers across Minnesota — including the Albert Lea Tribune — will publish no news on their front pages. This whiteout campaign is taking place during Minnesota Newspaper Week, a part of the Minnesota Newspaper Association’s yearlong celebration of its 150th anniversary. The whiteout reminds Minnesotans of the important role that newspapers play in writing the first draft of history and telling the stories of their communities. 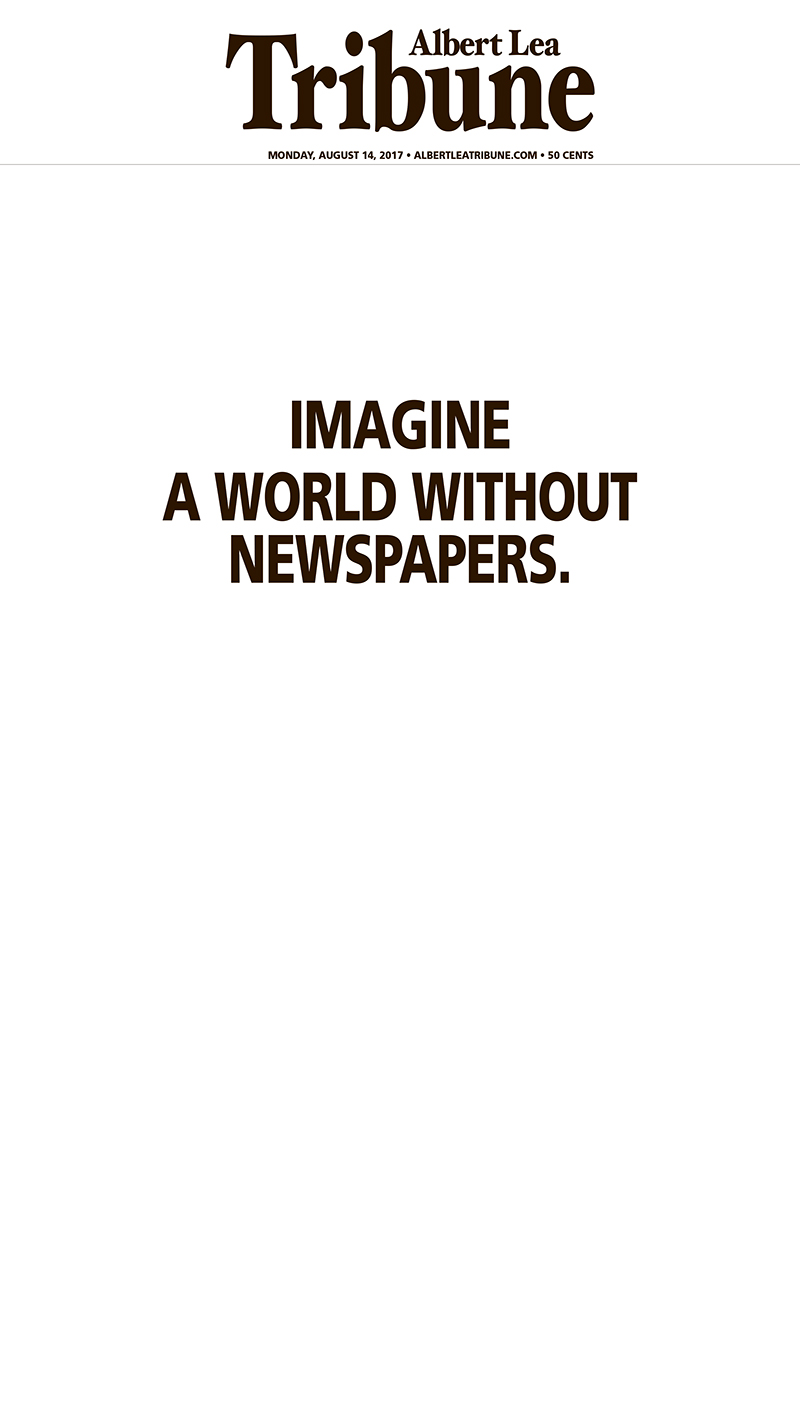 “In many communities across the state of Minnesota, the newspaper is the main source of local news,” said MNA Executive Director Lisa Hills. “Newspaper journalists across the state attend city council and school board meetings, they cover town festivals and local sports teams, and they arrive on the scene to document history during natural disasters and other community challenges. We know newspapers play an important role.”

Twenty-five daily newspapers — including the Tribune — along with 295 non-daily papers belong to MNA. The newspapers combined have a total circulation of more than 2.2 million each week.

Crystal Miller, publisher of the Tribune and MNA board member, said the reason the Tribune is participating in this initiative is to show the importance of professional journalism in an age where so much information can be shared via the internet.

“People are tired of hearing their opinion isn’t valid because they didn’t attend an important community meeting,” Miller said. “The reality is people are busy with jobs and taking care of their families. That’s where we come in. Our job as journalists is to go to the meetings people don’t have time for.

“We report on those meetings and we report the truth to help people decipher the different stories they hear on social media or in social circles.”

Miller said she believes the newspaper’s role is to be a guardian, watchdog and cheerleader for the community.

The Tribune started in the afternoon of Oct. 15, 1897. Then known as The Albert Lea Evening Tribune, the newspaper was first printed in a converted office building at the corner of Broadway and College Street. 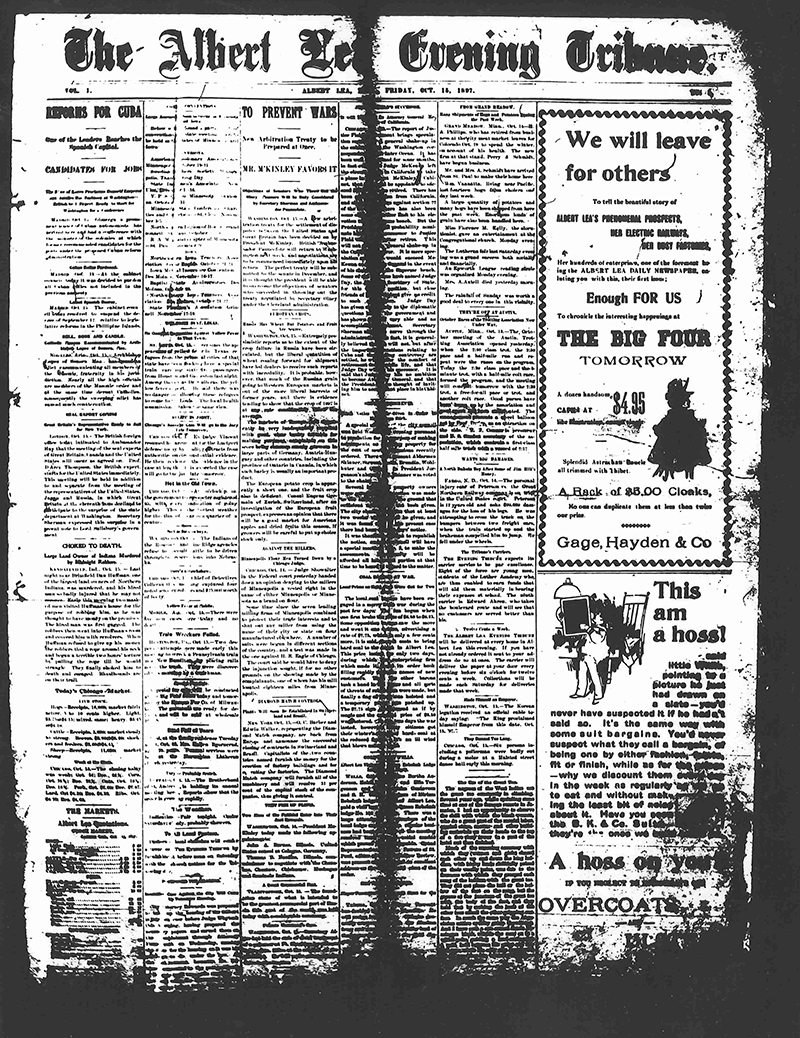 The first edition of the Albert Lea Evening Tribune was printed Oct. 15, 1897.

When it started, the newspaper sold for 12 cents a week, 50 cents a month and $6 a year. The papers were delivered to every home in town, and those who didn’t want the paper were asked to inform the Tribune. Otherwise, the people would receive it, and the newspaper carrier would be around on Saturday to collect the 12 cents for the week.

Over the years, the Tribune has changed ownership multiple times and has been in three different buildings. It moved to its present building at the corner of West Front Street and First Avenue on Jan. 1, 1961.

The Tribune’s present owner, Boone Newspapers Inc., purchased the Albert Lea and Austin newspapers, along with the Fergus Falls Daily Journal, from Thompson Newspapers on Dec. 22, 1992.

The present press at the Tribune is a Web Leader offset press, originally built in 1971. Boone Newspapers had previously purchased it and moved it to Albert Lea in 2007. Printing then moved from the Austin Daily Herald to the Albert Lea Tribune.

In addition to the print edition, the Tribune produces a web edition at albertleatribune.com, which provides 24/7 news, a free Sunday publication called the Early Edition, and a magazine produced every two months called Albert Lea magazine. 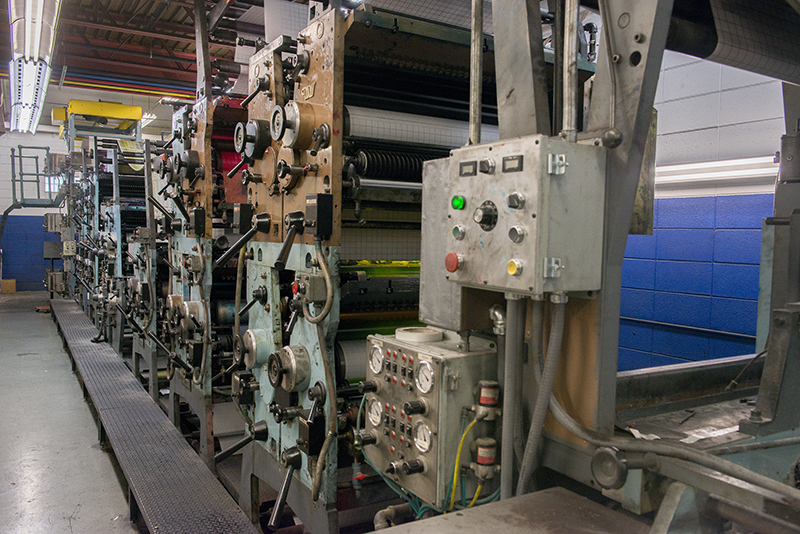